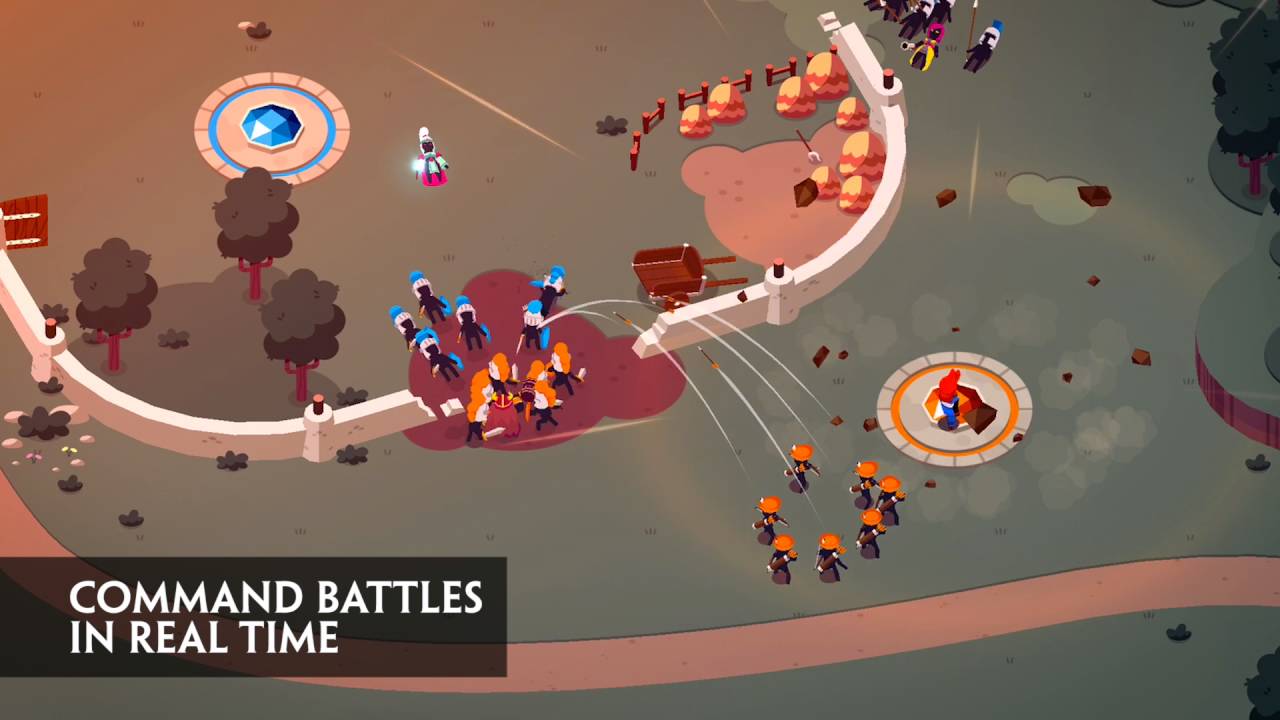 En Masse Entertainment, a player-driven publisher focused on delivering great games and great service, is pleased to announce the release of Battleplans, a new real-time strategy (RTS) game for mobile devices that blends the tactical depth of classic PC RTS games with accessibility and simple, intuitive controls that are perfectly tailored for mobile. The game’s unique stylized visuals and approach to the genre creates a new experience for a broad range of players. Developed by C4M, Battleplans is available now to download for free from the App Store. A Google Play release is planned for the near future.

Unlike many other mobile RTS games, Battleplans focuses on tactical movement and the positioning of units rather than base-building or resource grinding. Even during battle, units can be controlled with precision, in real-time.

Battleplans splits offensive battles and defensive planning into two distinct phases of the game. In one phase, players attack the “Skulls” in narrative campaign scenarios that are a perfect way to learn the finer points of the game’s strategic maneuvers and exciting hero-specific special abilities. Players will also be matched against real-world opponents in large-scale wars where real strategic prowess will always be the defining factor in victory. In the defensive phase, players will use the game’s highly intuitive interface to plan hero and troop positions and create sinister traps and fake-outs designed to protect newly conquered territories, even while the player is offline. Players are able to study detailed replay videos of every attack on their territory to determine how effective their “battle plans” have been, and alter their plans to keep enemies on their toes. Battleplans truly blends strategic gameplay with ease of use.

“Battleplans provides a fresh, new spin on real-time strategy games and fills a need in the marketplace,” said Sam Kim, CEO of En Masse Entertainment. “Players will find themselves immediately getting to the fun elements of an RTS with easy controls to build heroes and squads, as well as scalable resource management – all of which lends for a great experience while trying to outsmart your enemies.”

Key features for Battleplans include:

· REAL-TIME TACTICS — Make decisions quickly that turn the tide of battle.
· COMPETITIVE PLAY — Dominate the map. Plan, attack, and defend on your schedule.
· INTUITIVE CONTROLS — Easy to learn and fun to master. Quick-thinking beats quick fingers.
· PLAN YOUR BATTLES — Plan your forces’ tactics on both the attack and the defense.
· GLOBAL HEROES – Choose from over 11 heroes, each with unique skills and attributes. More heroes are already being created by the game’s team.
· REPLAY VIDEOS – Share and upload your games for bragging rights, or learn strategy from others.

Developed by C4M, Battleplans is published by En Masse Entertainment for iOS and can be downloaded for free now. An Android release is coming soon.