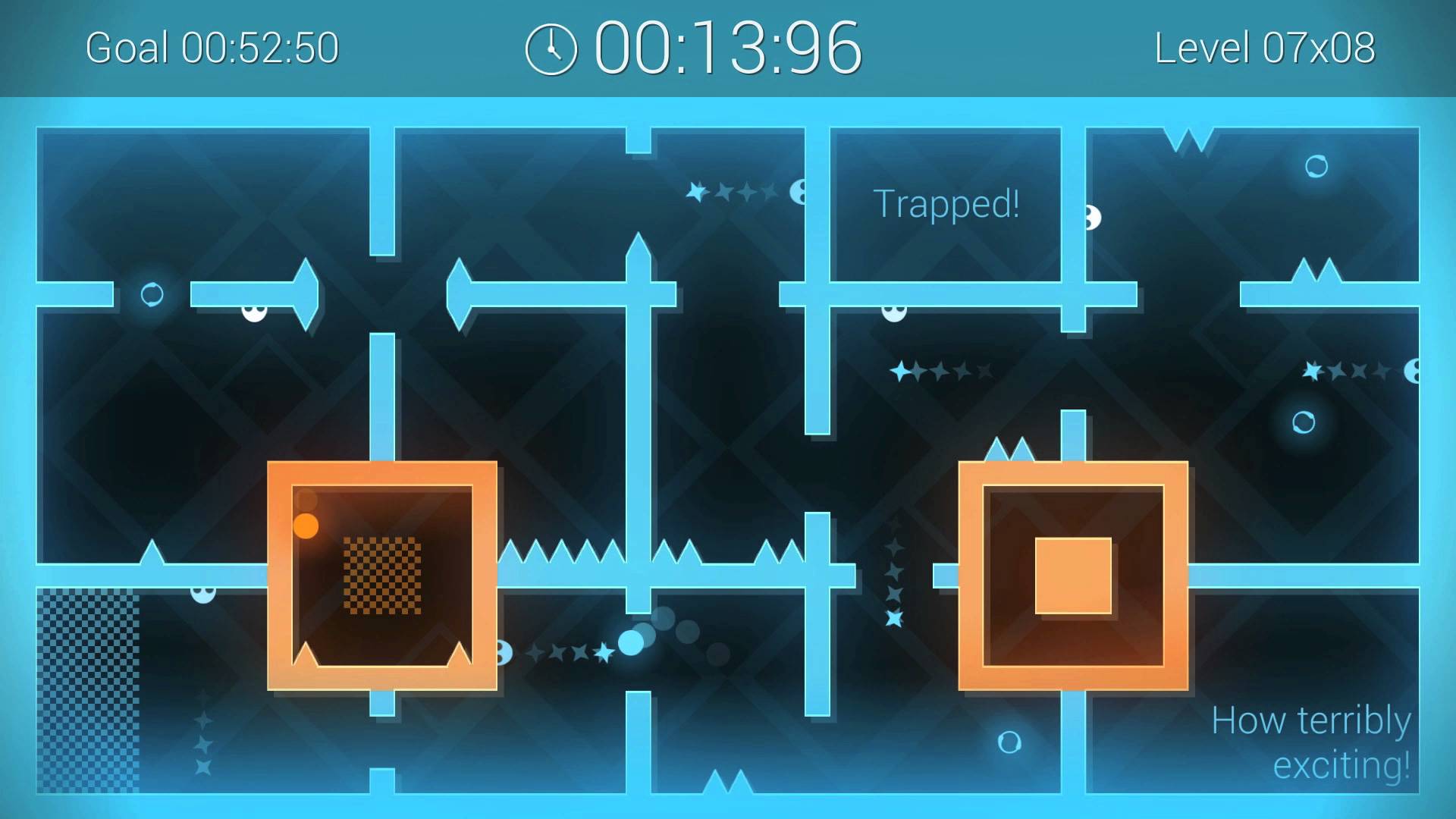 Independent game developer, Ant Workshop, is excited to announce that their first major release, Binaries, is available now on PC and Mac. Binaries tests players’ reflexes to the limit; challenging them to simultaneously guide two characters through a series of hazardous levels packed with formidable obstacles.

Binaries is a concentration platformer with unique dual character control. Players must move two lovable balls at once through 101 brightly coloured challenges. Each little ball has its own set of obstacles to avoid, so players must pay close attention to which ball is heading into danger, as they guide our spherical heroes safely to their destination.

The first major release from Ant Workshop, a small independent game developer based in Edinburgh, Scotland, Binaries passed Steam Greenlight in December. The game features a non-linear map, so players can choose their own route through the game, and intense beat the clock levels to get their adrenaline pumping. With an adaptive music score which responds to a player’s gameplay, and hidden gags throughout; the colourful Binaries world is as charming and inviting as its puzzles are addictive and heart-pounding!

“I’m very happy that players will at last be able to get their hands on Binaries.” Said Tony Gowland, Developer and Founder, “it has been the result of a year’s collaboration with some very talented people, and watching YouTubers preview the game, and get hooked on its ‘one more go’ feeling, has been incredibly satisfying. I can’t wait to see what time records players are able to set”.

About This Game
Test your reflexes and awareness as you simultaneously guide two lovable(1) balls through 101 brightly coloured challenges in the world’s first(2) concentration platform game. Control both at the same time using the same set of controls – when one moves left so does the other – and watch out for hazards colour matching the little tykes.

(1) May not be lovable
(2) May not be first
(3) May not be funny
Features
◾Concentrate your way through 101 levels of fiendish puzzle-solving, death-defying and controller-throwing.

◾Choose your own route through the game’s non-linear map. Have you got stuck? No worries! Just go and play a different level.

◾Love an extra-hard challenge? Replay levels against the clock to get the fastest time you can. Are you quick enough to get S rank on every level? (I’m not.)

◾A really funky adaptive music score that gets excited when you do well and chills out if you’re stuck, to help you concentrate.

◾Laugh along with up to ten jokes! Look, I’m going to keep saying that it’s funny. You’ll come around eventually.