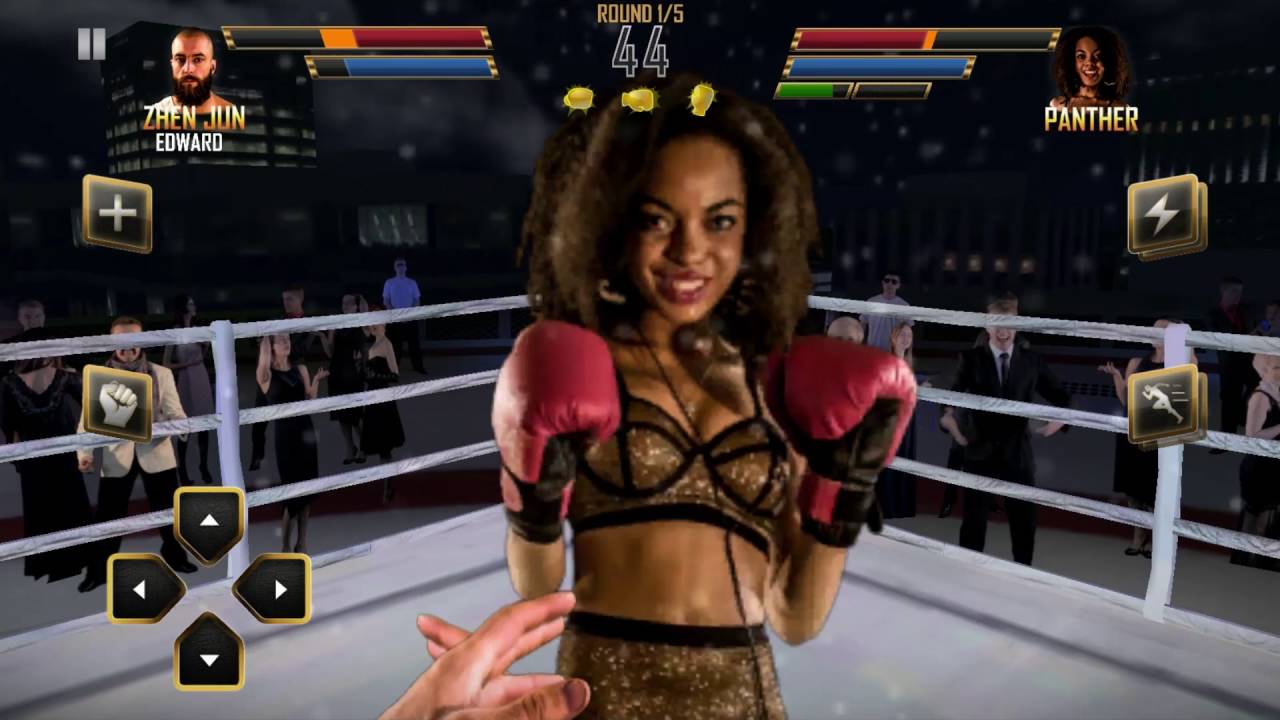 “Feel the thrill of putting yourself in to the heart of intense fighting action!”

Battle your way to the top and take the crown, in this all action, first person boxing and combat title. Choose your character and pit them against a variety of fighters, each with their own unique style, move-set and special powers or weapons. Step into the ring and work your way up the rankings. Can you defeat them all and become the champion?

With various special powers and weapons from a variety of challenging foes – you’ll need to bring your “A Game” if you want to stand victorious after putting your skills to the test in the ultimate boxing arena.

1) Full-Motion Video Technology – The characters within the game are real actors who convey unique expressions and emotions. FMV allows you to be truly immersed into the atmosphere of an epic battle..
2) First Person Perspective Combat – A new and unique game experience for fighting games.
3) Intuitive Gesture-Based Control – Perform a variety of punches all at the tap and swipe of your device!
4) Numerous Characters – A vast array of characters, all with their own unique style including: Spice, Kid, Dr. Gret, Shadow, Huntress, Panther, Sullivan, Dragon, Vitruvius, Rocket, Zhen Jun, Tank, Mauler.
5) Numerous Arenas -A variety of intense arenas within which to test your skills against a multitude of opponents, these include: The Rock Gym, The Star Tower, Alcatraz, The Ghetto Parking Lott, The Grand Arena, An Orbital Space Station, Fort Revenge, Cirque du la Lune, Octahedron, The Fighting Fields.
6) Multiplayer and Social Competition – Fight and compete with other real gamers from around the world, and share your results on Facebook!
7) Quick Game Modes including Career Mode, Quick Fight Mode, Multiplayer Mode
8) Life Mode- Immerses you deep into the fighting action in an even more realistic and hardcore mode.
9) Many Exciting Character Parameters- including Power, Defense, Stamina, Health, Special Attack and Strong Special Attack
10) Special Character Skill Systems, some of which are: Clinch, Unique Special Attacks, Combo Attack, Bias Protection, Dash, Counter-Attack:
11) Enhanced Character Parameters by using gaming perks
12) Boosters- To be used in planning for the really big match ups.
13) Game Lottery Try your luck and have a chance of winning a variety of exciting content through the in game lottery.
14) Game Rewards Receive gold coins reward for completing certain achievements within the game.
15) Leaderboards – Compare your multiplayer statistic with other gamers from around the world. Can you do better than your friends?
16) Facebook Sync. – Log in and easily sync. the game up to your Facebook account.