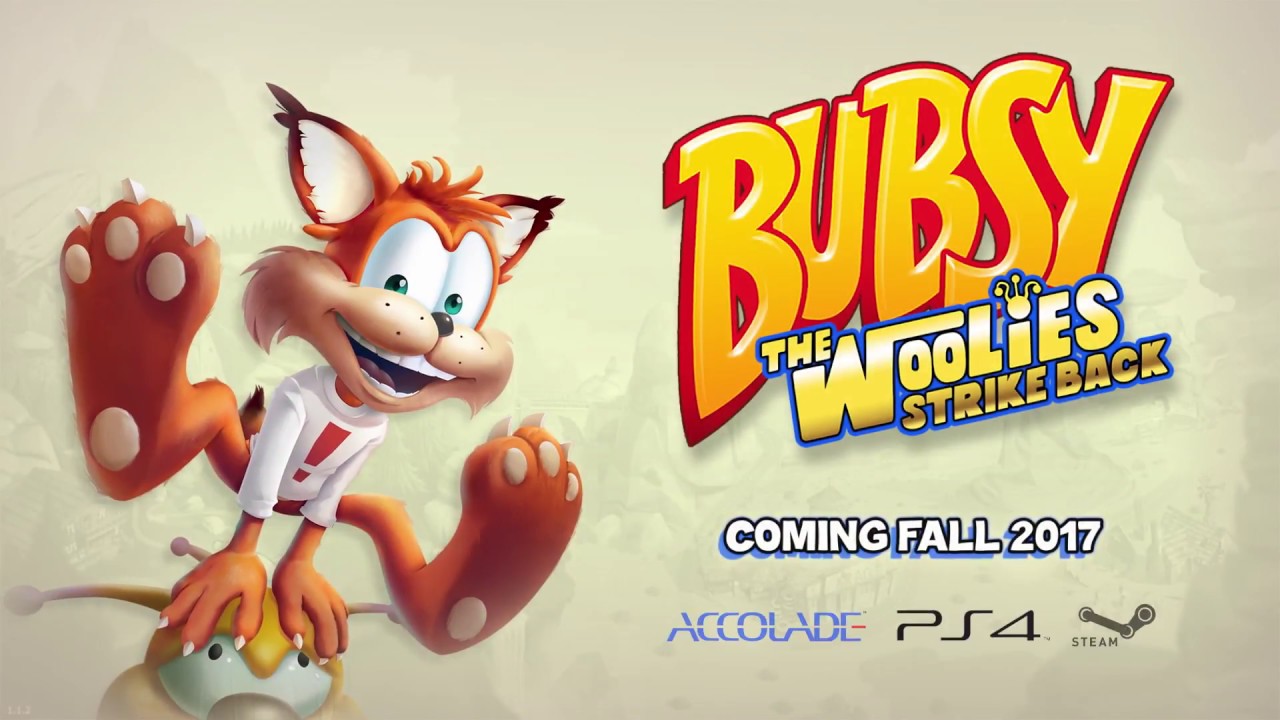 Game Legend Bubsy The Bobcat held his first Press Conference in over 20 years to announce his starring role in the upcoming PC/ PlayStation 4 platformer, Bubsy: The Woolies Strike Back

“Yes, I know there are many question about where I’ve been and what I’ve been doing since Bubsy 3D (1996)” said, Bubsy “After that games HUGE success, I decided to become a transmedia star and signed a multipicture picture deal with 4F Pictures, I could have gone with Roger Corman but I don’t go in for that highbrow stuff”

“I was happily making my movies when a hungry director slipped a copy of the script for Bubsy: The Woolies Strike Back under my door. I LOVED it instantly, besides it was my first game offer in 20 years!”

Bubsy the Woolies Strike Back is an all new Bubsy adventure featuring Bubsy in a bevy of exotic locations as he travels the planet looking for the beloved Golden Fleece. Bubsy must use all of his classic moves and a few new ones to dodge and out bobcat a battalion of Woolies, sharks and bess, not mention the gnarliest UFO bosses to ever grace a Bubsy adventure. The wisecracking lynx also adds over a 100 new one liners to his lexicon to keep fans guessing what he’ll say next.

Bubsy: The Woolies Strike Back will also mark the return of the Accolade game brand. Accolade is well known to retro gamers everywhere for a series of arcade, action and sports classics from the mid 80’s to the 2000s.

The game is being designed by German developer Black Forest, the same team that created the wildly popular Gianna’s Sisters franchise.

Bubsy The Woolies Strike Back Will be to be released this September, on the PlayStation Network and on Steam for PC.