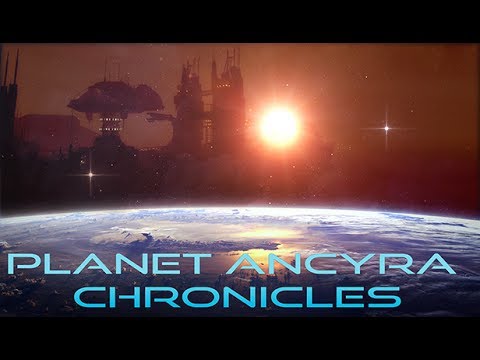 Planet Ancyra – a planet too far and the graveyard of a humanity that became lost in the depths of space. A planet where the human mind became overwhelmed by fears of conspiracy, betrayal, and madness.

Kiss Ltd and PulseTense Games are pleased to confirm that ‘Planet Ancyra Chronicles’ will launch on Steam July 14, 2017.

Completing the stories first laid out in ‘Solarix’ and ‘De-Void’, the previous releases from indie development studio Pulsetense Games, players experience a truly great sci-fi storie. Dive into the psychotic mind of engineer Walter Terrace (from Solarix) and Elizabeth Woolgather (De-Void) who was sent to discover the disappearance of the Solarix crew. As the game evolves, unravel the mysterious events surrounding the Planet Ancyra interstellar research base, investigate the enigmas discovered and tie up clues about the lives of colony workers.

“Planet Ancyra Chronicles concludes the stories of both Solarix (my first game) and De-Void”, commented Baris Tarimcioglu, CEO Pulse Tense Games. “With stories as deep and complex as these games, there was so much more I wanted to tell, but simply did not have the time to do so. Planet Ancyra Chronicles offers closure for both myself and the fans of both games”.

Planet Ancyra Chronicles will be offered free of charge to owners of both Solarix and De-Void.