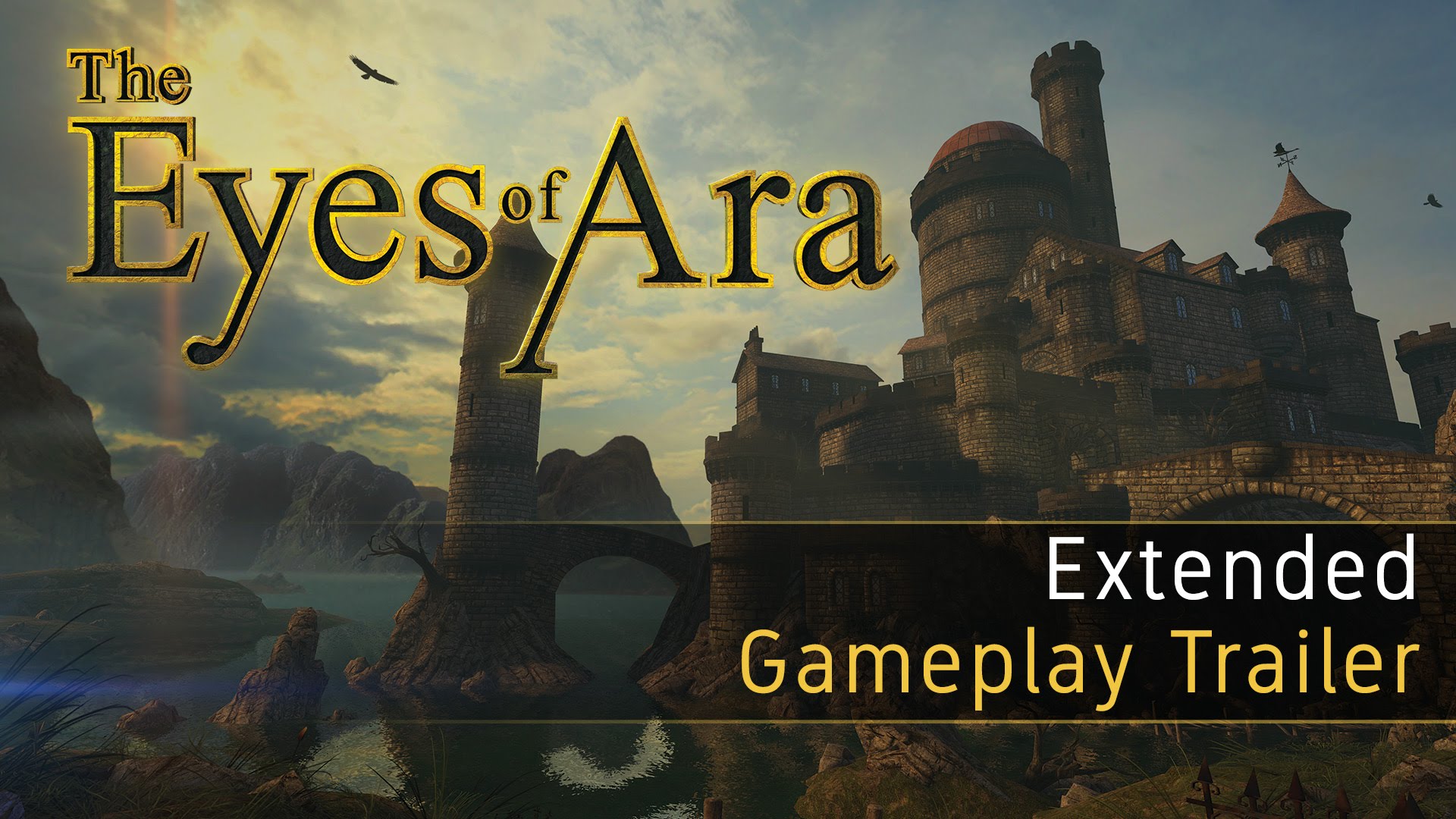 A new gameplay trailer for indie Adventure-Puzzle game The Eyes of Ara has just been released.

100 Stones Interactive’s Adventure-Puzzle game “The Eyes of Ara” has got itself a new Gameplay Trailer ahead of the game’s launch on July 19. The trailer reveals more of the impressive variety of puzzles that players will have to solve as they work their way through the game’s beautifully detailed environments.

Set in an ancient (and supposedly abandoned) castle, the player has been tasked with finding the source of a mysterious radio signal that has recently begun broadcasting from somewhere within its wall. But many a dark tale and ghostly story is told about the castle, so it will be up to the player to brave the cobweb infested halls, sort the fact from the fiction, and uncover the truth behind the signal.

The Eyes of Ara was successfully Kickstarted last year, and with the launch now imminent, Lead Developer Ben Droste is understandably excited. “Creating The Eyes of Ara has been an adventure in itself. I wanted to make a game that gave the player a grand sense of exploration and discovery, and it’s thrilling to finally be ready to share it with everyone.”

The Eyes of Ara will be available on July 19 for Windows and Mac, from Steam and the Humble Store.