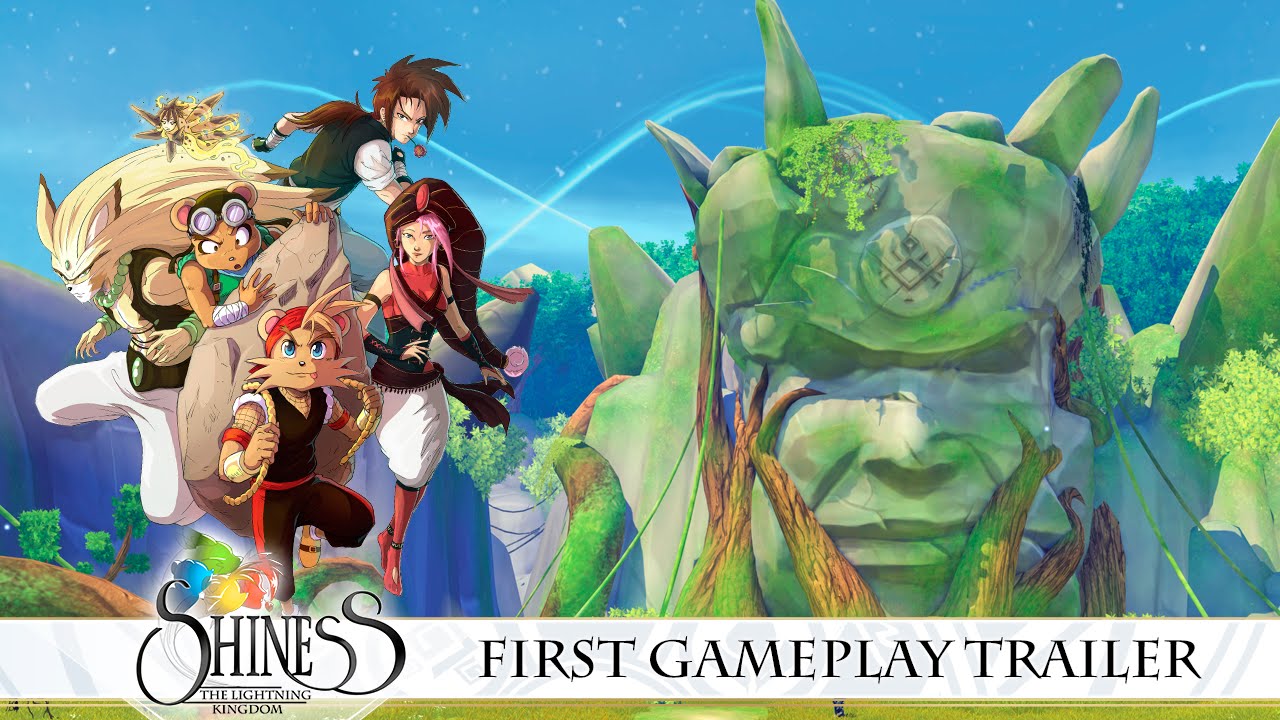 The debut Action-RPG Shiness from studio Enigami reveals its gameplay today in a video dedicated to the combat, environments, and exploration in Mahera, the game’s world.

While exploring the world, you’ll enter into battles seamlessly, earning experience points and learning new powers as you progress. To overcome dangers and dastardly bosses throughout the land, combat in Shiness utilizes traditional fighting game mechanics with an RPG flair. Fights in Shiness combine attacking, parrying, dodging and combos like in traditional fighter games with a clever use of elemental magic.

You’ll be able to play with (and fight with!) five different, original characters in Shiness. Each have their own unique skills and abilities, both for fighting and puzzle solving, all with RPG progression. Chado, for example, has the power to summon a boulder on his back to throw and act as a counterweight. Poky’s skills manipulate the world’s Shi to influence electrical currents, while Kayenne exploits powerful telekinetic talents.

As you level up and explore the world of Mahera, you will find parchments that unlock new skills. These unlocked abilities can take the form of boons, curses, destructive magic and hyper moves.

For even more info, feel free to visit our brand new website that will tell you everything you need to know about the game.