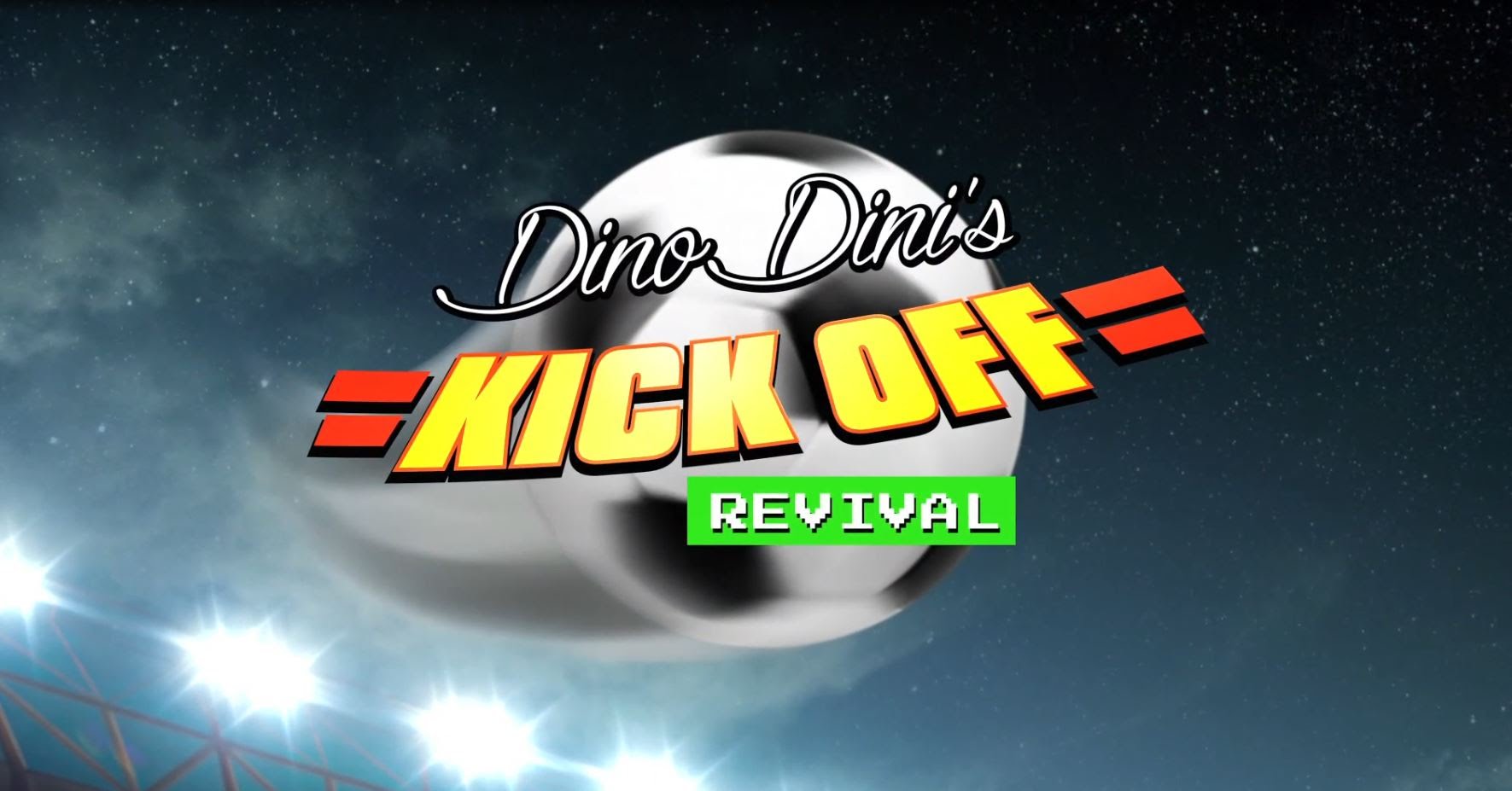 Legendary video game developer Dino Dini and The Digital Lounge are pleased to announce that Dino Dini’s Kick Off Revival will launch on June 17, 2016 exclusively on PlayStation® 4 .

In addition, the first gameplay trailer for Dino Dini’s Kick Off Revival is now available.

This trailer will bring the fans back to the days with some Kick Off 2 footage when the classic Kick Off franchise became legend. A nostalgic touch to better appreciate the very first gameplay footage of Kick Off Revival released today!

Fans and newcomers alike will be able to take a glimpse of the original spirit of the game enhanced by the improved technology offered by PS4™ and of course, the lightning-fast gameplay is as fun and challenging as ever!

Dino Dini’s Kick Off Revival combines the elements that made Kick Off, Kick Off 2 and Goal! such a success, together with the improved technology offered by the latest generation of consoles: high-resolution graphics that keep the spirit of the franchise, updated game physics and artificial intelligence, and gameplay that is both easy to learn and incredibly hard to master!

Developed by Dino Dini and published by The Digital Lounge , Dino Dini’s Kick Off Revival will be released worldwide on June 17, 2016 exclusively on PlayStation® 4 and later in 2016 on PlayStation®Vita.

About the Kick Off series:
The Kick Off franchise is a series of football simulation computer games, first released in 1989. Kick Off, the first game of the series, was designed and programmed by Dino Dini and released by Anco for the Amiga and the Atari ST in 1989. The game reached the top of the charts and won several awards.

Player Manager was a spinoff of Kick Off developed by Dini and released in 1990. The game was the first game to combine a management environment (including tactics, league play, transfers, and detailed player attributes) with a football game engine (based on Kick Off). Dini went on to develop Kick Off 2 which was released for the 1990 world cup and introduced a number of new features including the innovative ‘aftertouch’ which allowed the player to swerve the ball during normal play.

Dino Dini left Anco and signed with Virgin Games in 1992. GOAL! was released in 1993 as Dini’s sequel to Kick Off 2. GOAL! was also released on the Sega Megadrive/Genesis as “Dino Dini’s Soccer”. While Anco retained the Kick Off and Player Manager names and released several further editions, these had no connection with Dini.