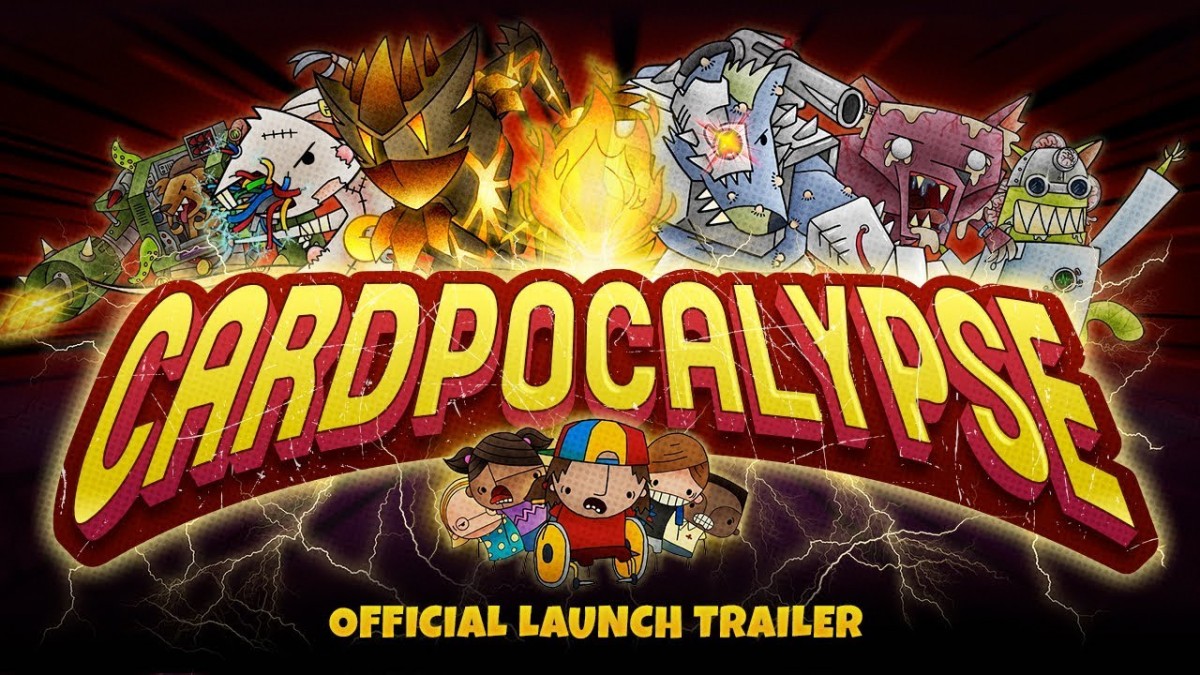 Gambrinous, and Versus Evil announced that their role-playing game Cardpocalypse is available on PlayStation 4, Xbox One and Nintendo Switch.

From the award-winning indie game studio, Gambrinous, creators of Guild of Dungeoneering, comes an RPG where battles are played with an epic collectible card game. Cardpocalypse encourages you to make friends, play cards, twist the rules and become a Mega Mutant Power Pets master as you try to save the world in this single-player RPG about being a 90’s kid. In Cardpocalypse, you’ll trade, earn, wager and change rules, even permanently altering cards on your way to victory.

Build your decks around the ultra rare Champion cards you earn. Each Champion comes with unique abilities to tailor your deck around. First player to get their opponent’s Champion card’s health to zero wins the match. You will have to customize and overpower your favorite cards by applying stickers on them, on your path to saving the world from an impending mutant invasion. Players can earn better cards by completing quests, trading your candy stash for them, and defeating opponents.

Cardpocalypse will also be seeing new content next year, starting with the free Gauntlet Mode update. Choose a Champion and work your way through a series of challenges in a mega mutated version of draft mode. As you progress you will unlock more cards, more decks, and more playable Champions.

You can also find Cardpocalypse on the Apple Arcade and Epic Games Store.