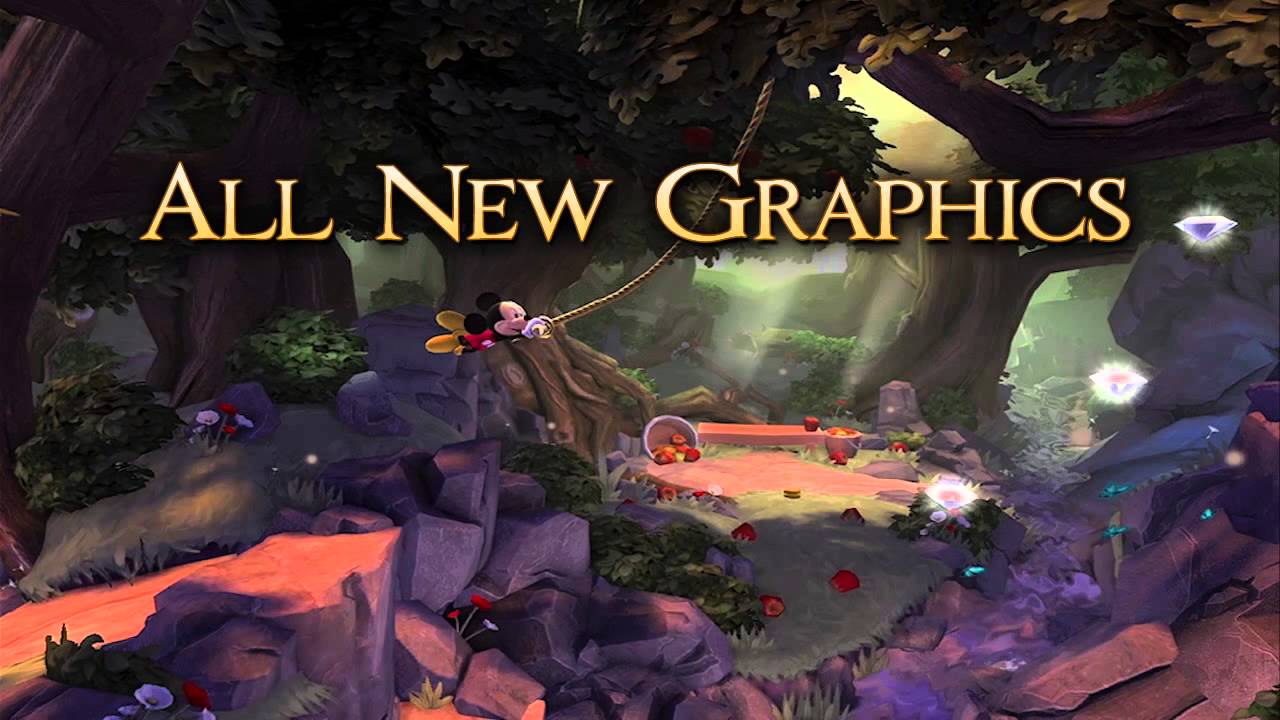 Feral Interactive today announced that the fairytale platforming game Castle of Illusion Starring Mickey Mouse™, the fantastical re-imagining of the beloved SEGA Genesis/Mega Drive game of the same name, will be released for Mac on Thursday, July 24th.

When Minnie Mouse is kidnapped by the evil witch Mizrabel, it’s up to Mickey to rescue her from Mizrabel’s castle, a magical stronghold where ingeniously challenging levels await the intrepid mouse behind every door. As he ventures deeper into this whimsical world, Mickey discovers that Mizrabel’s powerful illusions make for very real danger.

As Mickey, players will run, jump, swing and swim through a haunted forest, a maze of living books and even a milkshake-flooded candy world as they solve puzzles and confront a series of increasingly tricky tasks and spellbound adversaries in the quest to save Minnie.Brought to life with sparkling graphics inspired by Disney’s signature animation style and completely rebuilt from the ground up, Castle of Illusion Starring Mickey Mouse recreates the original game’s side-scrolling platform action for new adventurers and veteran heroes alike
“Castle of Illusion Starring Mickey Mouse evokes the storybook feel of classic Disney fairytales,” said David Stephen, Managing Director of Feral Interactive. “Everything from the charming environments to the movements of Mickey and his enchanted adversaries harks back to Disney’s rich legacy of animation.”

Castle of Illusion Starring Mickey Mouse for the Mac will retail on the Mac App Store in North America for US $14.99, £10.49 (inc. VAT) in the UK and €13.99 (inc.VAT) throughout Europe. Prices will vary slightly for versions of the game sold via other stores. Castle of Illusion Starring Mickey Mouse for Mac will be available online for direct download from a variety of digital partner sites worldwide including http://www.feralinteractive.com, Steam and the Mac App Store. A mini-site dedicated to the game is available now at http://www.feralinteractive.com/en/mac-games/castleofillusion/ and a trailer can be found at https://www.youtube.com/watch?v=5AceRfVHkwQ.

Minimum system requirements call for a 1.8GHz Intel Mac with at least 4.0GB RAM, 256MB or better graphics card, and Mac OS 10.8.5 or later. The game requires an Nvidia 600 series, an AMD 4000 series or an Intel 4000 graphics card or better. A Steam account is required to access online multiplayer.