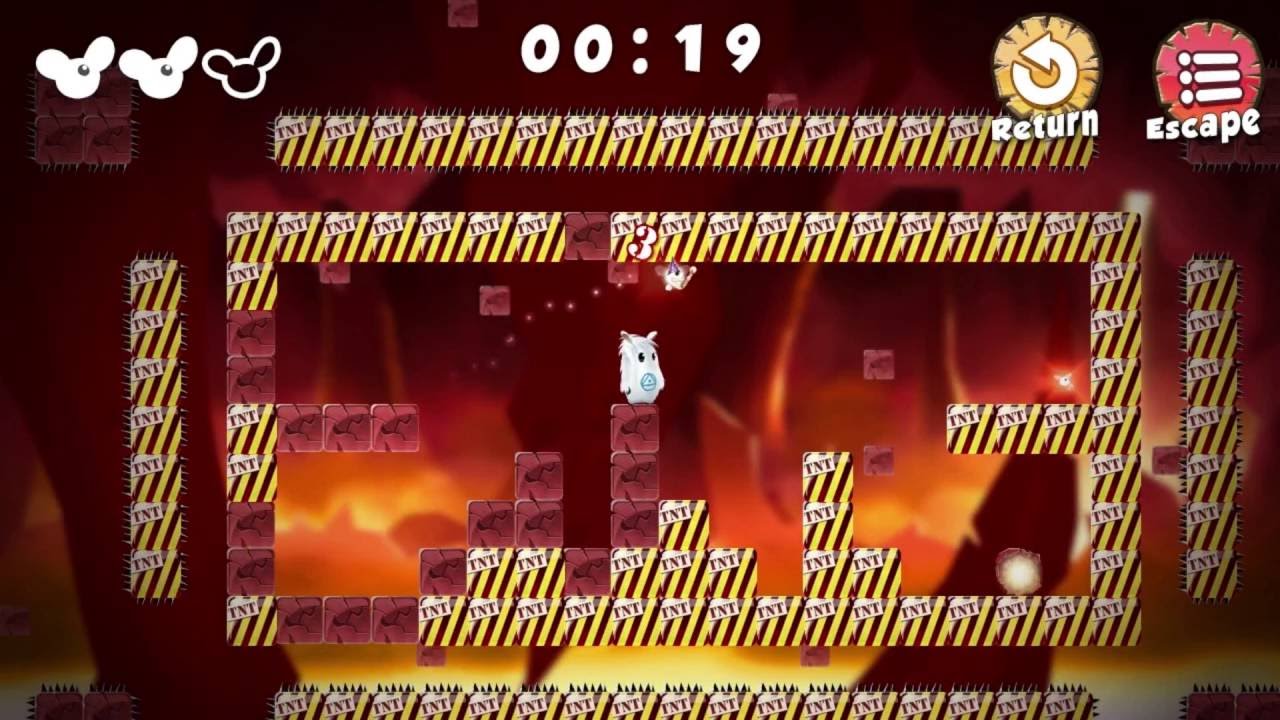 In Gravity Island little Shiro, a fluffy creature with the ability to defy and manipulate gravity, needs your help. The Lumies, magical fireflies, have escaped from Shiro’s enchanted lantern and scattered to clever hiding places all over the island. The only way for Shiro to be reunited with his flying friends will be by solving 80 challenging labyrinths using his gravitational powers and avoiding numerous deadly traps along the way.

Slippery surfaces in the Ice World, dangerous fire darts and exploding dynamite barrels in the Fire World, perilous pitfalls in the Jungle World, deep chasms in the Dream World and many more obstacles lie between our cute hero and his goal. Use all your brainpower to not only maneuver Shiro safely to the end of each level but also to travel onward in possession of up to three Lumies. Make no mistake: Gravity Island may look cute, but a steady rise in difficulty quickly ensures the game is a challenge that should not be underestimated!