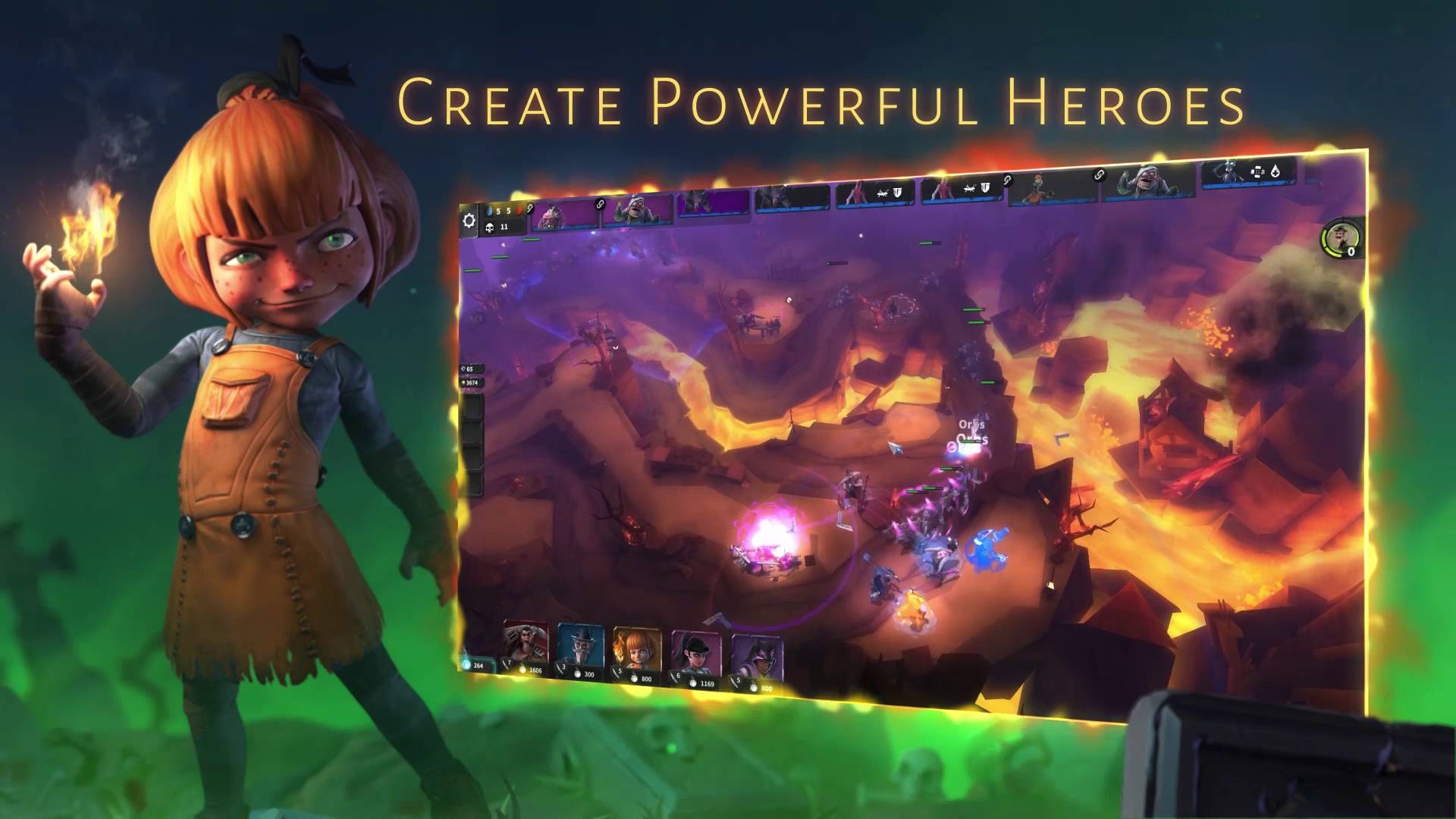 Hero Defense – Haunted Island puts players in control of a team of five monster slayers, who battle their way through challenging arenas to defeat none other than the world’s most powerful vampire, the evil Count Necrosis. They impale, slash, tear and burn through legions of the undead, hell-bent on world domination. But that’s not all – countless bosses with unique abilities await players on their journey. By defeating the evil, players help restoring the places Count Necrosis destroyed. They free and help villagers, meet new allies – and enjoy a rich, yet satiric, story that guides them through the game.

In multiplayer mode, which will be available briefly after the start of Early Access, players will be able to take part in ranked and unranked matches, using clever strategies or brute force to succeed and earn epic runes.

While Hero Defense – Haunted Island is available in Steam’s Early Access program, players can enjoy hours of a narrated story campaign. It is Happy Tuesday’s goal to work closely with the community to improve Hero Defense – Haunted Island based on players’ feedback, and overall raise the quality bar for all future tower defense games. Main development focus of the Early Access will be the multiplayer. Feedback can be given on Steam or in the official forum (http://hero-defense.com/blog/).

A 10% launch discount on the price is timely limited for the first week on sale. Check out the store page here: http://store.steampowered.com/app/423620/

In order to destroy the world’s most powerful vampire, a team of slayers must impale, slash, tear and burn through legions of undead hell-bent on world domination.
Hero Defense – Haunted Island challenges fans from MOBAs, RPGs and Tower Defense games to strategically manoeuvre their upgradeable heroes to destroy hordes of sinister creeps.

A long lasting multiplayer experience gives enthusiasts the possibility to dominate the worldwide ladder for loot and precious runes.

◾Build hero shrines to empower your characters during battle

◾Gather loot and equip spells that freeze, burn and poison the undead

◾Liberate your island, assemble your team and enjoy hours of a narrated story

◾Battle other players in ranked or unranked matches