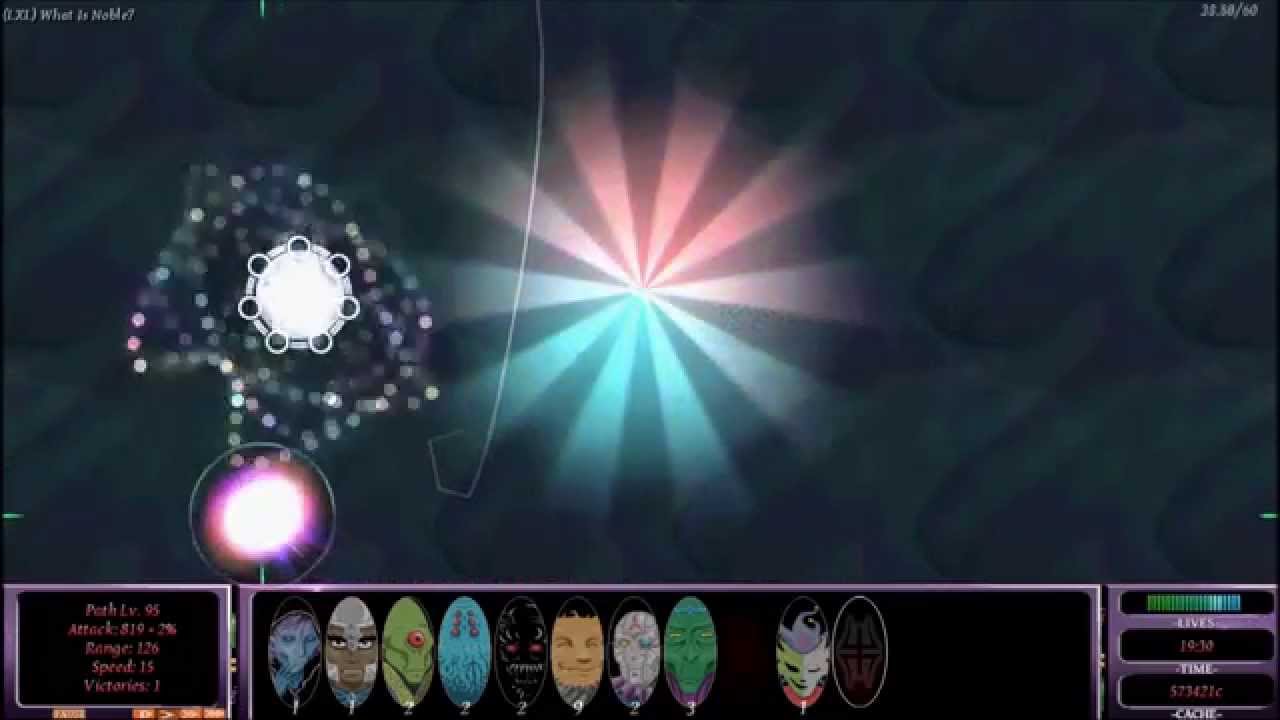 Today, indie game developer Studio Eres released Immortal Defense, a psychological sci-fi tower defense game, on Steam for PC. Originally released in 2007, this is a massive update to the game for modern computers, improving nearly every aspect of the game, and opening it up to a larger audience on Steam. The towers represent the main character’s emotions: fear, love, courage, friendship, pride, hatred, and others, usable as new parts of the mind become unlocked. Arrange those emotions in harmonies, forming overall strategies; each part of the mind has its role to play.

Written by Lambda Literary Award-nominated novelist Jeanne Thornton (The Dream of Doctor Bantam), Immortal Defense has a character-driven storyline which is still fondly remembered by the game’s fanbase. “It’s on the level of a Planescape: Torment”, from a forum review, isn’t an unusual or unique player praise. The player leaves behind his wife and unborn child to become immortal, ascend into a transcendent state of being; the game takes place over millions of years. Locked in an seemingly endless war, K talks daily to his granddaughter, befriends the emperor of his enemies, and gradually loses touch with the world-all while living in the past, and later, the mind. It’s an existentialist story about immortality its impact on human relationships and the mortal mind. Each immortal character in the game copes with immortality differently.

The game’s fans have also included many other game developers, including Anthony Burch (“Immortal Defense is a tower defense game for people who abhor tower defense games. Or people who like them.”) and Derek Yu (“Immortal Defense takes a simple, oversaturated genre and elevates it to another level entirely.”) The game was also selected as GameTunnel.com’s 2007 Indie Strategy Game of the Year. For this new version, almost every single aspect of the game was polished, from the graphics to the gameplay to the structure of the campaigns, and fan translations into five languages. The gameplay has been expanded and made less linear with the introduction of optional side-campaigns and achievements which grant gameplay bonuses.

The game supports many different play styles and strategy often has to be improvised, this isn’t just a puzzle game in disguise about figuring out where you are supposed to place the towers for a particular level. The game is priced at $9.99, with a 10% off discount for the first week. It includes the game’s original soundtrack, which was composed by classical composer Walter Eres and arranged by OverClocked Remixer Long Dao, and is no ordinary soundtrack: “Actually one of our PLUS releases, the music from “Immortal Defense”, is far and away the most downloaded album on the site.” -Rich “DisasterPEACE” Vreeland of Pause music netlabel, a website for indie game soundtracks.