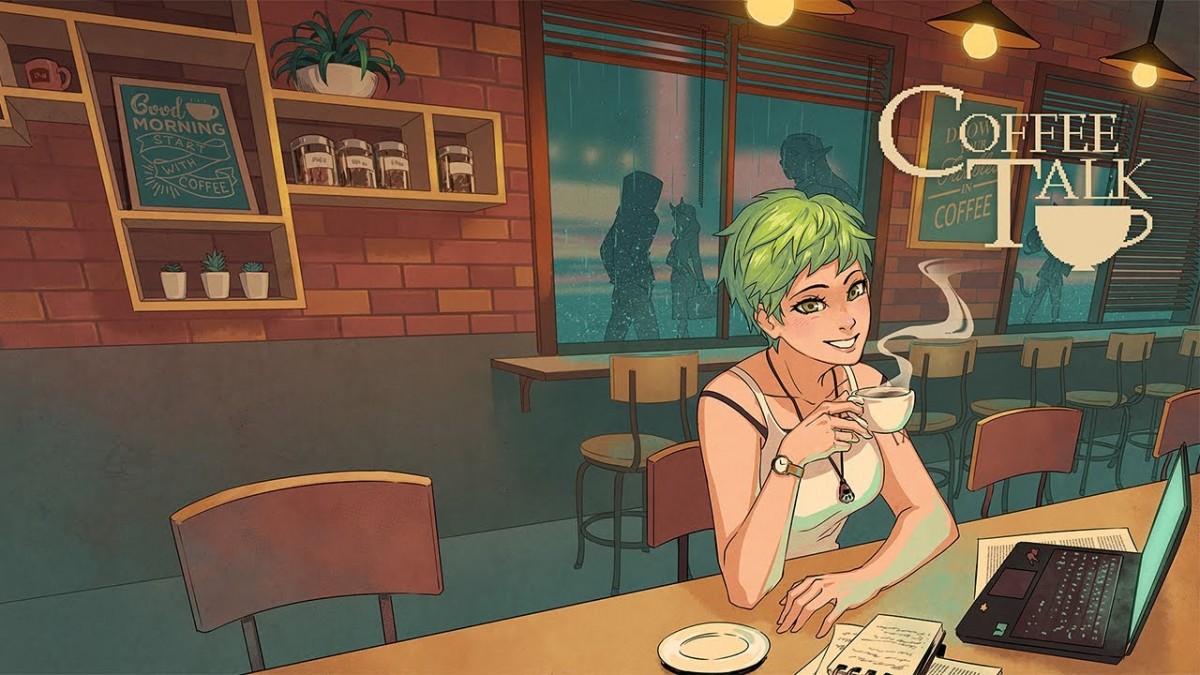 Chorus Worldwide and Toge Productions announced the global release of Coffee Talk, a narrative simulator where a blend of fantasy race enjoy conversation over warm drinks. Developed by Indonesian-based Toge Productions, Coffee Talk is available on Steam, GOG, Utomik and itch.io for Windows and Mac. The game is also available for Nintendo Switch, PlayStation 4 and Xbox One.

As the Barista in late-night coffee shop, ‘Coffee Talk’, players offer friendly conversation and late-night warm drinks to the colorful and fantastical inhabitants of alternative-Seattle including elves, aliens, and orcs. The game features visual aesthetics inspired by 90s anime, classic pixel art adventure games, and images often associated with lo-fi chill hop music. The visual novel storylines are determined based on drinks they are served, not through the dialogue selections. Coffee Talk is the place to be for those who want to chat, relax, and relate no matter who they are or where they come from over delicious expertly crafted hot drinks.

Coffee Talk is an official nominee of “Dengeki Online’s Indie Prize” at The Tokyo Game Show 2019, the finalist for the “Excellence in Narrative” at Busan Indie Connect 2019, and the winner of “Best Storytelling” at Level Up KL 2018.

About Coffee Talk
Coffee Talk is a game about listening to people’s problems and helping them by serving up a warm drink out of the ingredients you have in stock. It is a game that depicts lives as humanly as possible, while having a cast that is more than simply human.

Immerse yourself in the stories of alternative-Seattle inhabitants, ranging from a dramatic love story between an elf and a succubus, an alien trying to understand humans’ lives, and many more where modern readers will find strong echoes to the real world.