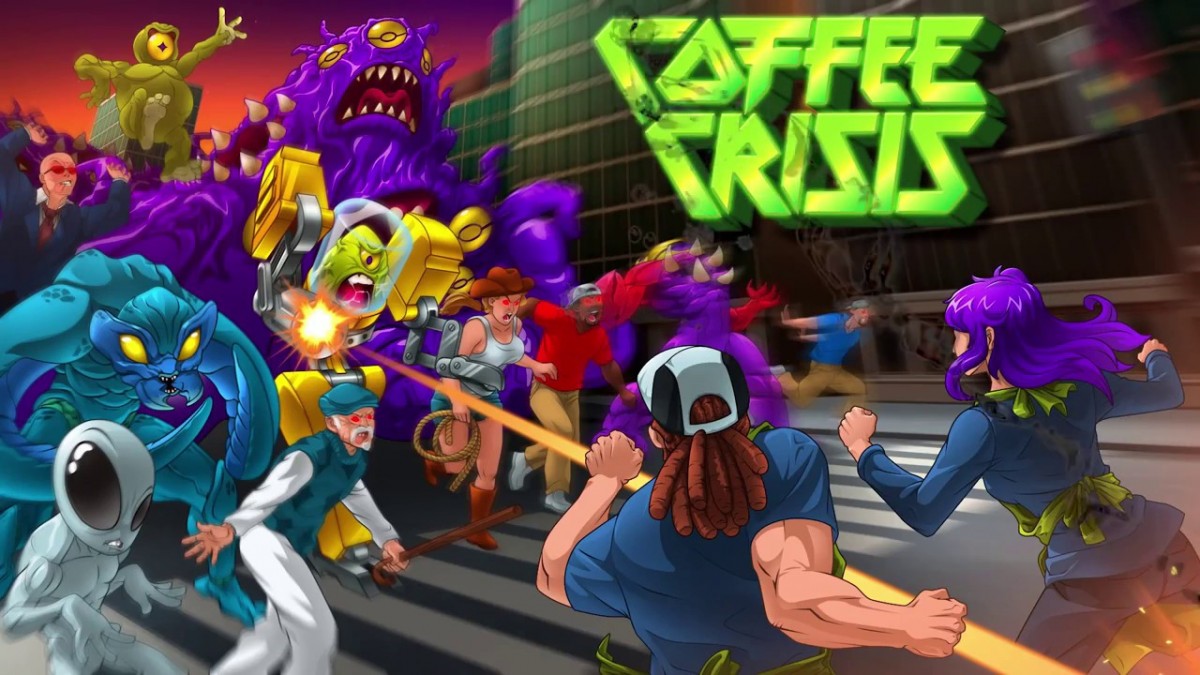 Out on Windows, Mac and Linux, Coffee Crisis is a beat ‘em up set in the mean streets of Pittsburgh; in this adventure you pick a barista, hit the streets and knock the beans out of some aliens!

Find it on Steam:
https://store.steampowered.com/app/596380/Coffee_Crisis/

If you’re a fan of good old fashioned beat ‘em ups, you’re going to love Coffee Crisis– set to the sweet, sweet sounds of Heavy Metal, this game features gorgeous hand drawn sprites, destructible (and tossable!) environmental items, and a rogue-inspired Death Metal mode with over 50 modifiers.  Crush a fistful of alien meat and take advantage of the custom Twitch & Mixer integrations that allow viewers to help the streamer, hurt the streamer, or just make each stream more Metal.

The Smurglians have invaded Earth, and they’ve come to take our three most precious resources: coffee, heavy metal, and, most horribly, our Wi-Fi. Baristas Nick and Ashley each bring their own special brew to the fight, with unique abilities and special moves, they’re ready to take on whatever the Smurglians throw at them.

Coffee Crisis was originally released on the Sega Genesis/Mega Drive and features a truly authentic retro beat ‘em up experience- the sprites and environments are all built to spec for Sega’s beloved 16-bit system.