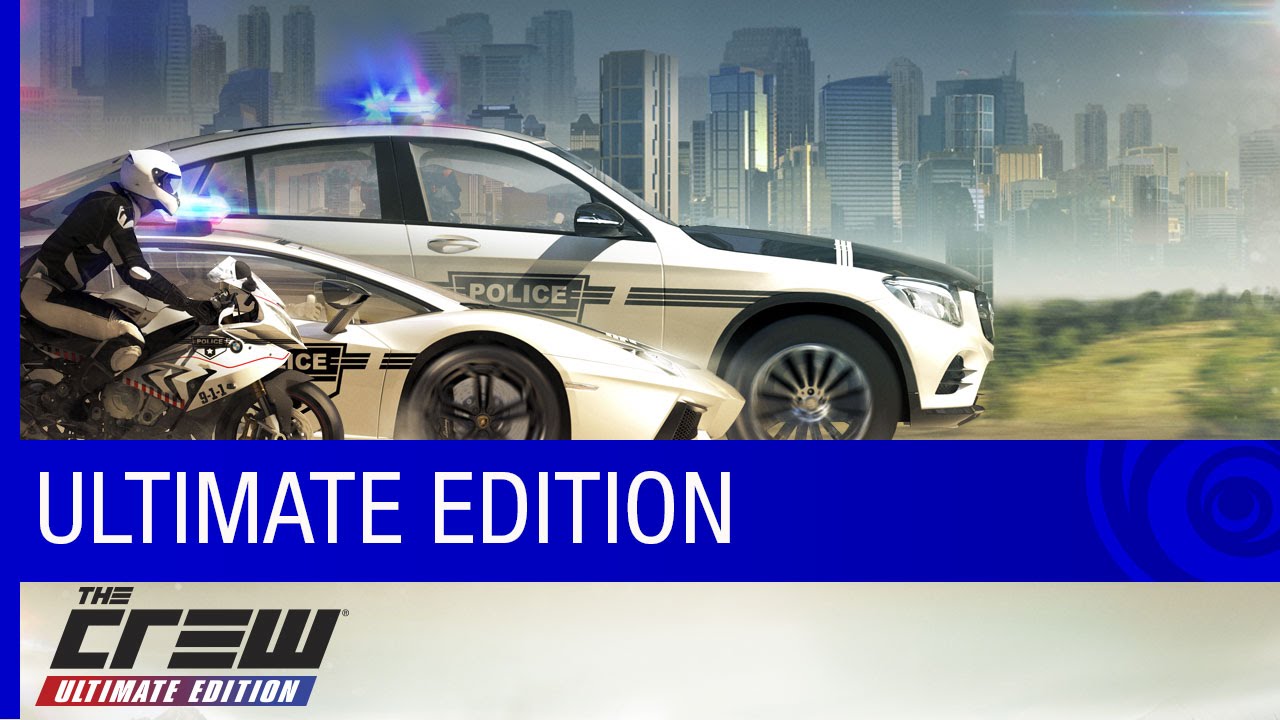 The Crew Ultimate Edition
Step into the driver’s seat for the definitive online racing experience in The Crew Ultimate Edition, the supercharged, all-inclusive edition of the revolutionary action-driving game. This fully loaded version of The Crew includes: • The Crew original game. • The new The Crew Calling All Units expansion. • The Crew Wild Run expansion. • All cars from the Season Pass. In The Crew Calling All Units, the second massive expansion for The Crew, you’ll take on the role of either an elite officer of the law or a renegade street racer and then prove your driving skills as you engage in a frantic face-off across the entire US. Choose your side, stay sharp, and never slow down. Get behind the wheel. Your crew is waiting.

• Buckle up for a new supercharged edition of the best-selling action-driving game, The Crew.
• Choose your side in a game of street racers vs. police enforcers in the brand-new The Crew Calling All Units expansion.
• Complete your collection with an all-in-one package that includes The Crew original game, The Crew Wild Run expansion, The Crew Calling All Units expansion, and Season Pass content.
• Stock your garage with more than 120 licensed vehicles, more than 220 missions, and over 220 tuning specs.
• Never drive alone as you join millions of drivers already online and freely roam the US from coast to coast.