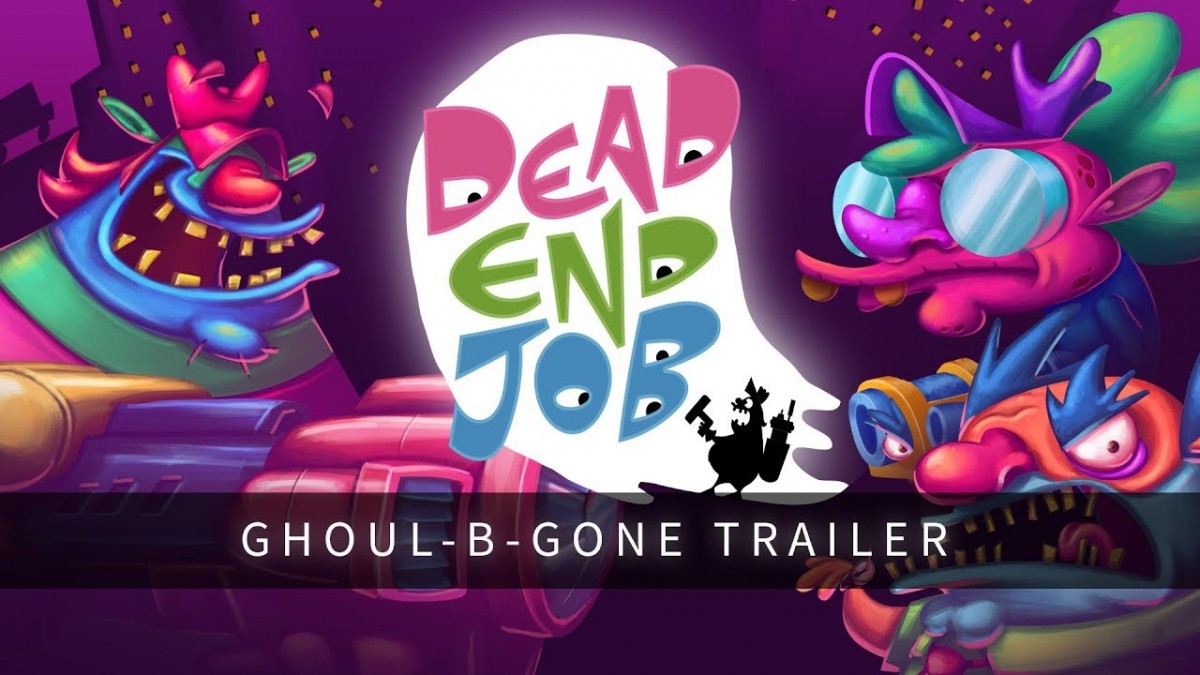 Developed by the former lead level designer on Red Dead Redemption, this insane mash-up of Ren & Stimpy meets Ghostbusters puts you in the ethereal boots of Hector Plasm. As a simple salary-specter, employed with the Number One Experts in Paranormal Pest Control, Ghoul-B-Gone — Hector is tasked with ridding the wacky world of meddlesome spectral interlopers. Tag along with our hero for just another day at the office as he heads all over town to offices overrun by spirits, wraith-infested restaurants, and buildings around the rest of town with his trusty ghost bustin’ vacuum pack and trusty ol’ plasma blaster, putting abhorrent apparitions to rest for GOOD!

Dead End Job is currently available exclusively on Apple Arcade, and will haunt Windows PC, Xbox One, PS4, and Nintendo Switch on December 13!

Lovers of 90’s cartoons, wacky ghost hunting adventures, or cleanliness, will have a literal blast zooming through the vibrantly cartoony, gag ‘till you laugh, procedurally generated world as they suck up unsuspecting spooky pests. Groove to the beats of award-winning composer Wil Morton (of Grand Theft Auto fame) as you rescue residents and chase promotions by wracking up hefty invoices to send to your clients — ghoul by fiendish ghoul!

Stream the game on Twitch and Mixer and get your audience in on the action — integrated interactivity allows your viewers to help you devastate demonic intruders or hinder your assault on the afterlife. Whether you play alone or team up with a haunt-hunting buddy for some seamless drop-in/drop-out split-screen couch co-op action, Dead End Job is sure to keep you coming back for more.