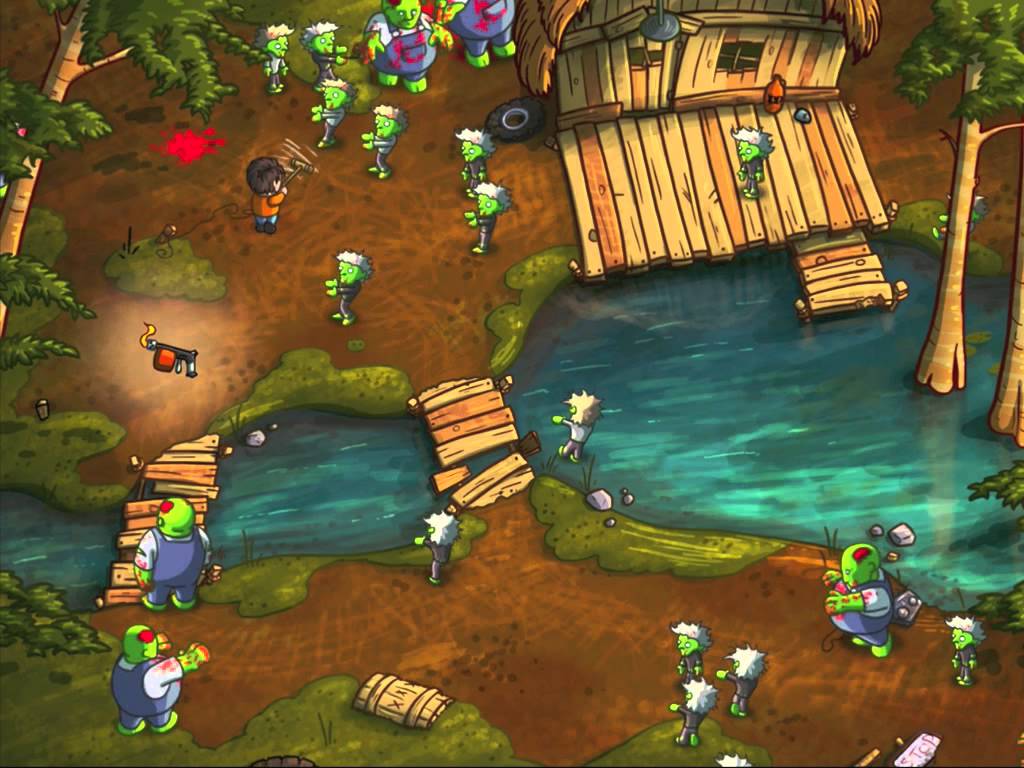 Randy O’Connor releases his cult mobile classic Dead End onto the Apple TV, and it looks great on that big screen. A tense and hilarious one-button game, Harold must fight back endless waves of the undead to, just maybe, survive the apocalypse.

You, the player, have control only over Harold’s fear: Touch the remote, and he’ll stop, spinning wildly, using any ammo he’s got from the variety of weapons in the game. Let go, and he ping-pongs in fear around parks, supermarkets, swamps, and more. Featuring hand-drawn, frame-by-frame animation, and colorful environments, Dead End TV looks lovely, even if it plays like the devil. Hard to master, Dead End TV has extra challenge modes, leaderboards, and an endless mode.

Perfect when you’ve finished with Netflix or Hulu, but just aren’t ready to get up and take care of the dishes.