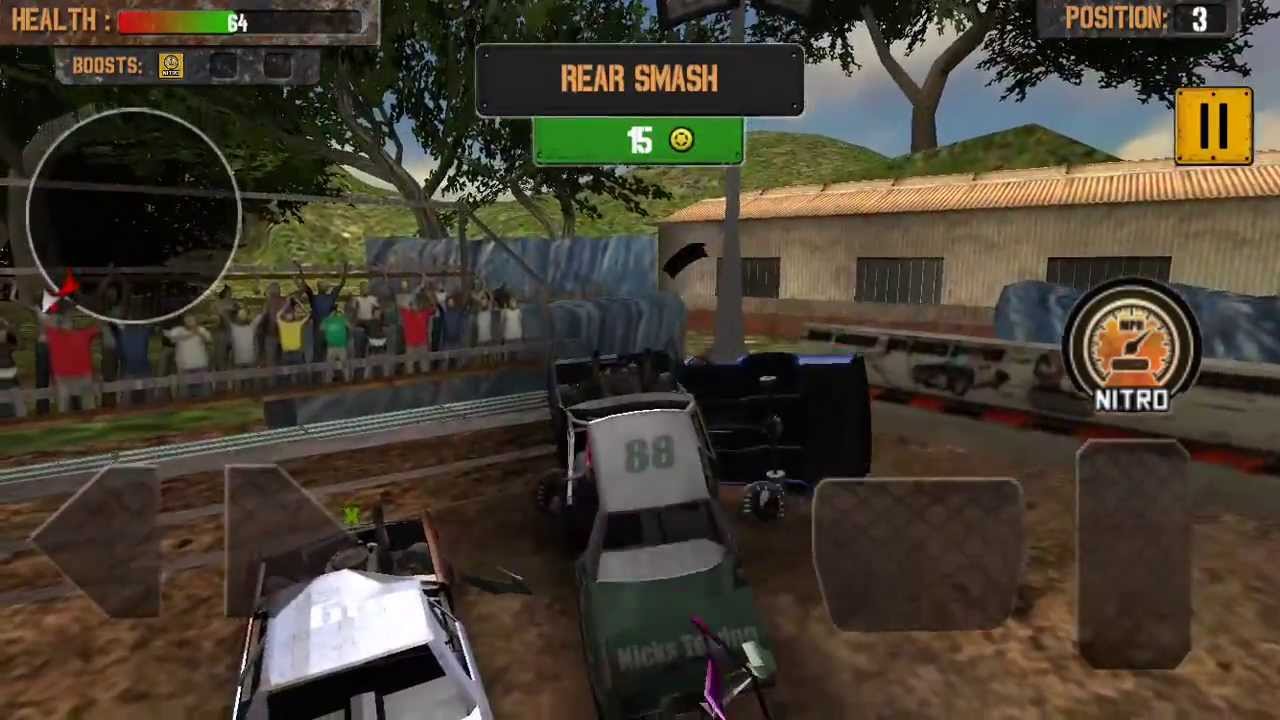 Destruction Crew is proud to announce that Demolition Derby: Crash Racing has exceeded 15 million downloads since its launch last year. The free to play game can be downloaded from your favorite appstore through the official Demolition Derby game site. Celebrating the success of the game the company released a special Apple TV version available as of today.

About Demolition Derby
Demolition Derby: Crash Racing is inspired by the Destruction Derby franchise, a classic arcade racing series that once ruled on console. Lunagames has made a mobile arcade racer which retains many of the cool characteristics that made these type of games so enjoyable and has added many features and fresh ideas.

The development team has taken great effort in designing a handling model that works on touch devices and has implemented a very advanced deformation model, not yet seen on mobile. Wheels come off, engines explode, windshields crack and bodywork gets smashed to pieces as racers are crashing into each other. True to life physics and high speed action immerse players like never before.

In Demolition Derby: Crash Racing players will enjoy the total carnage of the arena mode or will go head to head in one of the many racing events while they earn cash that can be used to buy new cars, boosts, upgrades and skins. Furthermore, the game has been optimised to work with most devices, including low-end spec, so anyone can join the battle.