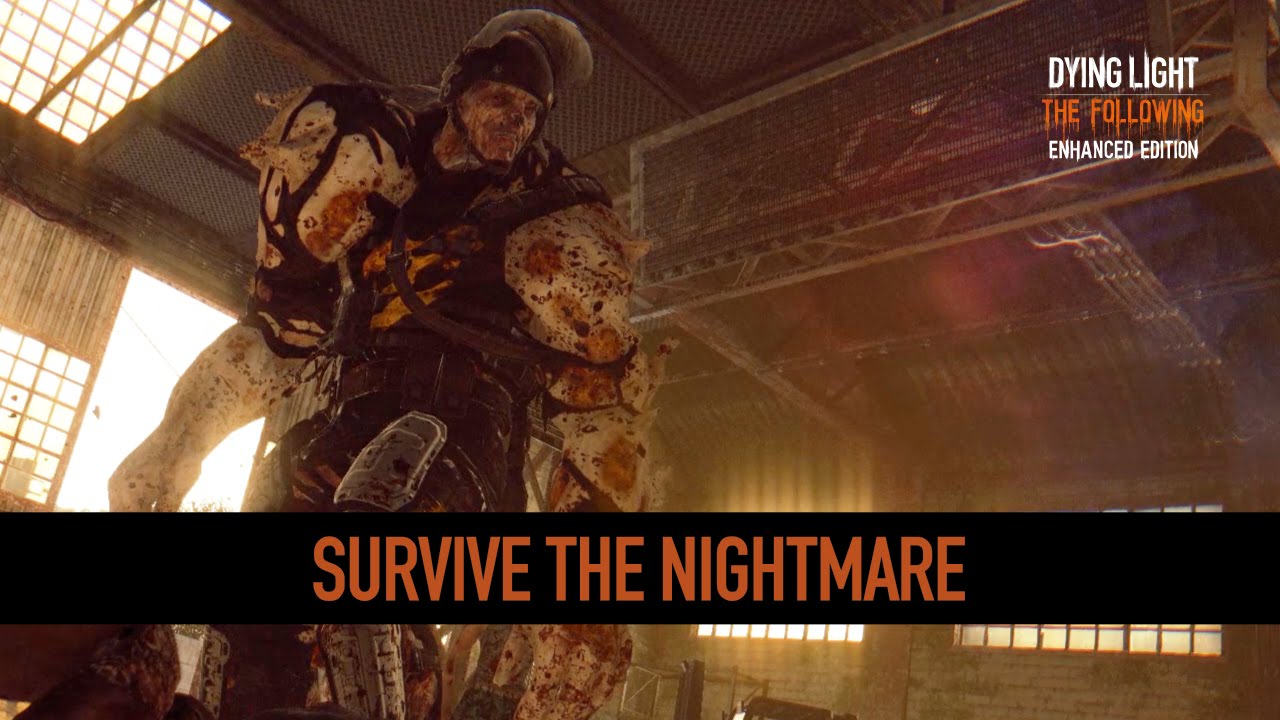 Techland published another episode of its ‘Highlights’ video series, in which the developer details the multiple improvements and additional content being added to the upcoming Dying Light: The Following – Enhanced Edition. The new video focuses on the Nightmare Mode – a new difficulty level that restricts overpowered Easter Egg weapons, introduces XP penalties for dying, ramps up the difficulty of enemies, and more.

“We’ve designed the Nightmare Mode for those seeking a really challenging and immersive experience. Nightmare Mode takes everything that was brutal in our Hard Mode and twists it even more” – says producer Tymon Smektała. “We’re trying to bring the Dying Light experience closer and closer to the feeling of a real apocalypse survival experience where every move you make can really determine if you live or die. We’ve added one bit of salvation though. Playing Nightmare Mode in co-op will earn you XP faster and increase your chance of finding gold tier weapons.”