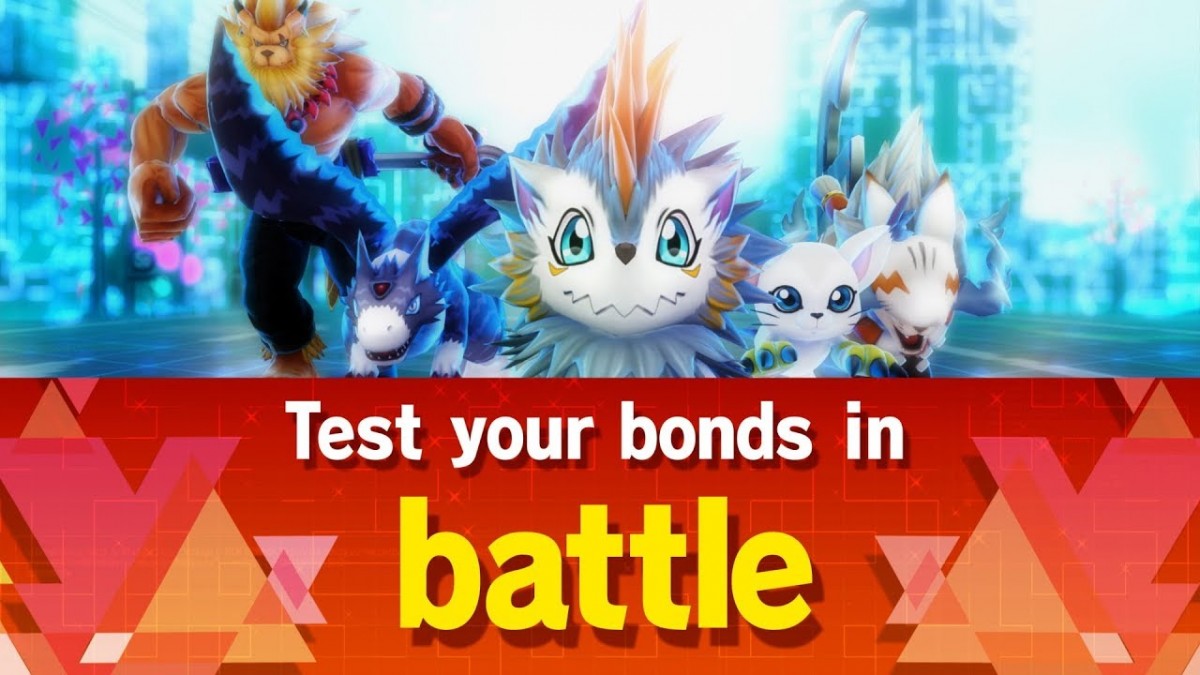 BANDAI NAMCO Entertainment Inc. announced that DIGIMON ReArise is  available on iOS and Android devices. To commemorate the game’s worldwide launch, BANDAI NAMCO Entertainment is rewarding all pre-registered players with a plethora of coveted in-game items including valuable DigiRubies, Digivolving material and more. Furthermore, players will receive a free DigiEgg to hatch the iconic Pumpkinmon, whose powerful new Mega Digivolution will be available in the global version before emerging on the Japanese version of the game. The celebration doesn’t end there, as all players will also receive limited time login bonuses and the opportunity to obtain the pre-evolved forms of the legendary WarGreymon and Sakuyamon through a limited-time summoning event available until November 1st.
DIGIMON ReArise tells an all-new tale centering around an up-and-coming Digimon tamer’s adventures as they encounter the powerful new Digimon, Herissmon, amidst the sudden appearance of a mysterious threat. After a mysterious new force called “Spirals” attack the Digital World, players set about on a new adventure to be rid of this threat, encountering both new and old faces along the way.

Players can also duke it out in real-time 5v5 battles or participate in Clash Battles, the first of which will be a battle against the Mega-level WarGreymon. Upon successful defeat of WarGreymon, tamers will be awarded with precious DigiCode, which players can use to Digivolve their Digimon into WarGreymon or the celestial shaman, Sakuyamon. Aspiring Tamers are also invited to challenge each other for the top spot in the Battle Park, where they can obtain seasonal rewards based on their rank every week; the first season will commence on October 13th. Finally, Tamers can wind down from battle in the peaceful DigiTown, offering ample activities through which players can spend time with their beloved partners outside of combat.