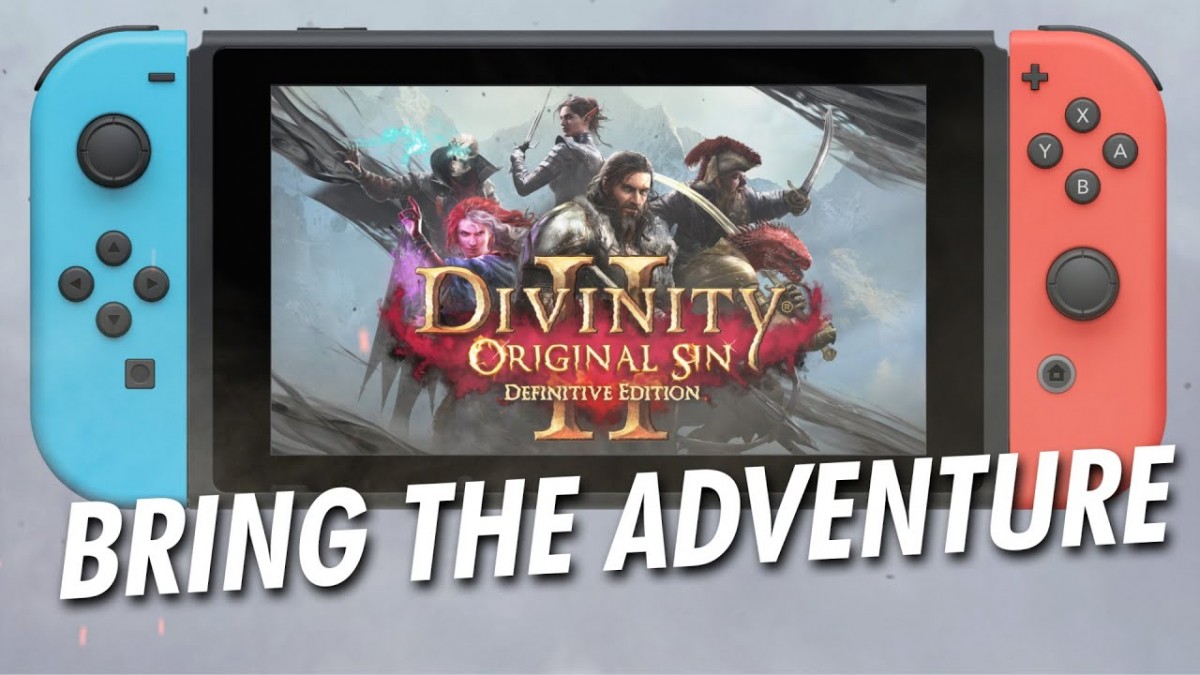 Originally released to critical acclaim on PC, Divinity: Original Sin 2 received a 93 Metacritic rating, and is currently one of only a handful of games to receive a 10/10 from Gamespot. It was recently awarded number one in the PC Gamer Top 100, updated for 2019.

For players who wish to continue their adventures, Divinity: Original Sin 2 – Definitive Edition includes cross-saves between Nintendo Switch systems and Steam on PC, which means players are able to upload and download their save files and continue on the go.

Join the battle for Divinity in a world that reacts to who you are, and what you do. Adventure as a flesh-eating Elf, or an imperial Lizard. Play as a mighty Dwarf, or lead your party as an Undead, risen from the grave!

The Switch version is launching alongside the second Gift Bag: free DLC that includes content for new and existing players, on all existing platforms. This content is periodically patched into the game at no extra cost, with more to come over the year.

Animal Empathy
Allows all player characters to talk to animals without having to spend a talent point. Also Changes Pet Pal talent to grant maximum positive attitude in all conversations with animals.

Fort Joy Magic Mirror
Manifests a Magic Mirror in the Arena of Fort Joy, along with a new Character Creation level. This allows you to respec before moving on to the next act of the game.

Herb Gardens
Plant your own herb garden! Take any herb and combine it with a bucket to create a seedling.Then just place your seedling in the ground and watch it grow.