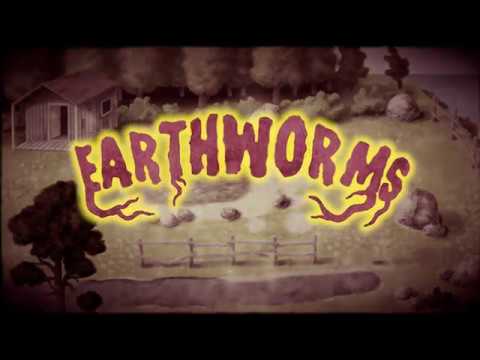 Earthworms is a new adventure game telling the story of Daniel White – a detective leading a typical case that however brings with it the mysterious and supernatural phenomena. As the creators point out, Earthworms is a combination of elements known from classic point-and-click adventure games, referring to the painting style of Edward Hopper and an ambitious musical setting. This new indie game from All Those Moments studio is available on the Steam platform.

This independent adventure was created by several people from the All Those Moments studio, which previously prepared such platform games like Bouncy Bob. The publishers are Ultimate Games and PlayWay.

Unique adventure
The gameplay in Earthworms to a large extent refers to classic point-and-click adventure games. As the authors of the game explain, in practice it is a mixture of logic puzzles and action based on interaction with objects.
In the new production, the player takes on the role of Daniel White, a private detective who tries to find a missing person. However, the situation soon becomes more complicated and develops into a much more mysterious and supernatural character.

“The world of Daniel White is not one-dimensional. Players encounter elements of both horror and gore as well as surrealism and comedy. This vision should particularly appeal to game fans with artistic ambitions and fans of broadly understood science fiction. Without any problem enthusiasts of Fox Mulder vicissitudes or the climate known from Twin Peaks and Donnie Darko will feel comfortable here” – says game designer Wojciech Witowski, who is responsible for the production.

As Wojciech Witowski points out, the game provides approximately 4-5 hours of fun, and thanks to the intuitive prompts, also people without any experience with classic adventures can try it out.

Mesmerizing setting
Earthworms is set apart by its artistic setting, which is rarely seen in the industry. One of the main inspirations for the creators is the paintings of Edward Hopper, one of the most important American artists in the 20th century.

“Hopper’s works are simply beautiful and have an amazing mood. I hope that at least in part I was able to obtain a similar effect in Earthworms” – added Wojciech Witowski.

A very important element in Earthworms is also the musical setting. Piotr Surmacz, a composer who has worked on smaller games as well as numerous documentaries and short films, was responsible for the soundtrack.

“This is my first large game soundtrack, which is why I am very curious about the players’ responses. The pictorial graphics from the beginning reminded me of a dreamy vision. In contrast, I weighed it down with dirty music anchors. In most stages we hear drones, synthesizers and percussion from the borderline of ambient, electric noir and shamanic tribal music. I inserted different textures and melodies in these compositions that – I hope – will stay in people’s ears longer” – says Piotr Surmacz.