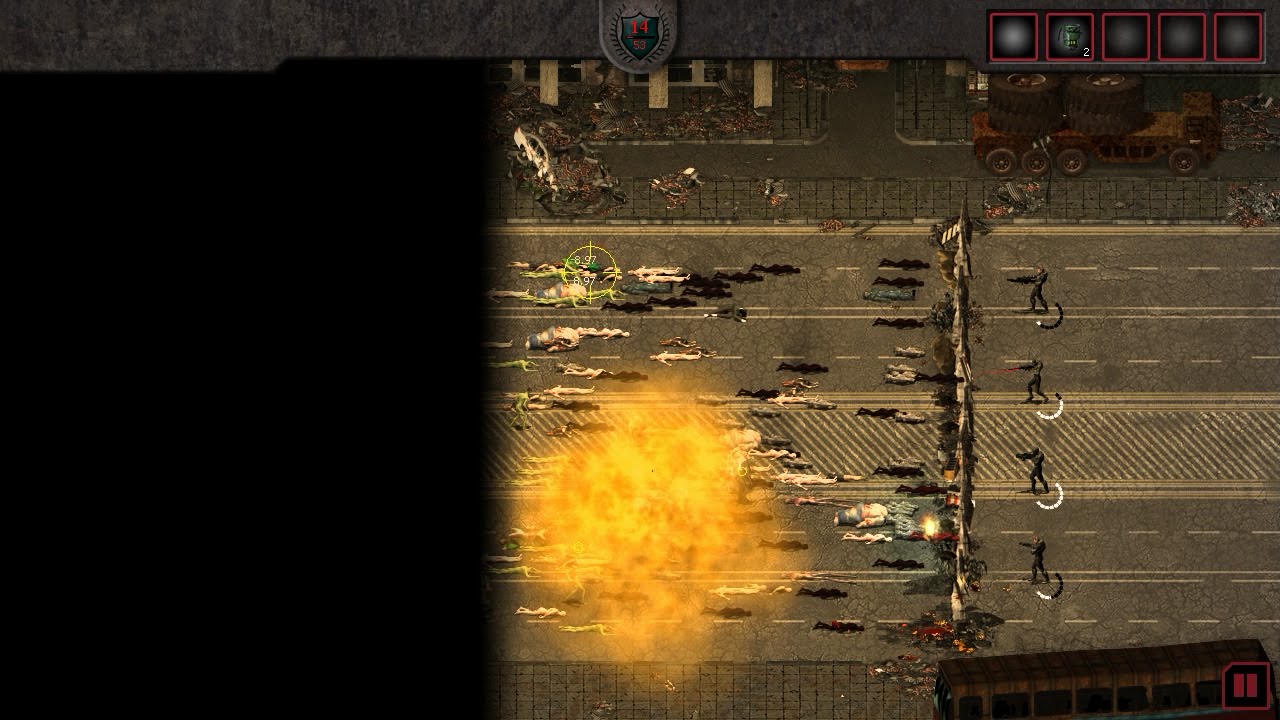 Emilios Manolidis aka vdweller (it is pronounced “vee-dweller” for the curious), has recently submitted to Steam Greenlight a game called Emerge: Cities of the Apocalypse. It is a turn-based strategy / defense shooter hybrid set in a dystopian world filled with zombies and mutated creatures (much like today’s Omonia Square in Athens).

“This is not your average zombie gorefest game”, says Emilios, who has been developing this game since 2012, and continues: “I believe there is much to be discovered by players. It combines both careful thinking and planning, as well as intense action.”

Players choose a character class and spend Action Points each turn to perform various actions like scouting areas, maintaining weapons or viewing recruits. There is a large research tree and you can build improvements and automated defenses. When the enemy moves into territory you own, combat begins. You and your team members have to put your skills, special abilities and combat items to good use if you want to protect your barricade from the undead invaders. Targeting enemy weak spots also helps! There are lots and lots of features and separate subsystems at work, and tons of missions, bonuses and unlockable content!

As stated in a very recent Rock, Paper, Shotgun article about the game, “I know what you’re thinking: that you’ve seen some free flash games that do the same thing. And you’re not entirely wrong, but I haven’t seen one myself that does it this well, or that has this much going on.”

One person.
4+ years of development.

EXPLORE AND EXPAND: Restore derelict metropolises, one turn at a time! How will you spend your Action Points this turn? Will you scout a nearby sector, then clean your weapons and check out a new recruit? Or will you patch the hole in your defenses and then blindly move into unexplored territory?

REDISCOVER LOST TECH: Plot your course over an expansive, multi-branched research tree! Bring forth scientific marvels, or start a second industrial revolution! Or perhaps, build a strong economy and make powerful alliances with merchants and mercenaries!

MANAGE YOUR TEAM: Choose your character class and find or recruit survivors. Gain experience and improve your team’s skills and equipment. Find and buy tons of weapons, mods and usable items! But beware, for fighting the undead can be deadly…

BUILD AND FORTIFY: The Apocalypse has ravaged cities’ infrastructure, and it’s up to you to restore them. Construct improvements in captured sectors to empower your cause. Produce automated defenses to help you weaken or eliminate invading undead armies!

FIGHT THE UNDEAD ARMIES: As turns pass, more dangerous undead appear. From acid-spitting zombies to undead, armored soldiers, there are no limits to the horrors you will face. Set your snipers to aim for the head, have a bunch of grenades ready, and pray they don’t reach your barricade in numbers!

UNLOCK THE FUTURE: Relieve the world from undeath in campaign or skirmish mode! Meet mysterious survivors and determine the outcome of random events! Unlock new areas, enemies, classes, bonuses and challenges and lots of extra content as you play!