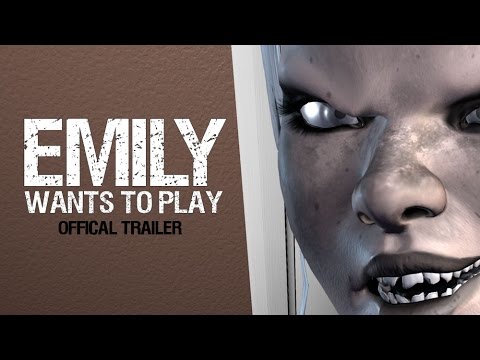 Summary
A new horror game by SKH Apps, Emily Wants To Play, was released on Steam and is exploding on social media with videos of players jumping out of their seats in fear.

Body
Emily Wants To Play, a new scary game developed by Shawn Hitchcock, was recently released and rose to the top 20 horror games on Steam. Within a few days, social media exploded with thousands of Youtube videos popping up, showing players jumping out of their seats playing the new spooky game. Some players even claim to have broken their equipment such as: headphones, microphones and keyboards while reacting to some of the scary events.

Players take control of a pizza delivery guy who gets trapped in Emily’s house during the night. Creeping around the house are a few dolls and a little girl named Emily. These spooky residents proclaim that they ”just want to play”; however, their games are anything but friendly. Little does the pizza guy know, these dolls and Emily place delivery orders for things like pizza to get new playmates to the house. Once their unsuspecting victim reaches the residence, they figure out a way to lock them inside and begin to play their games with them.

Each hour of the night, the dolls attack in different combinations. Ultimately players will face off with Emily and the dolls in the finale. Each doll behaves differently. The player must figure out their behavior and how to overcome their attack. For example, one doll eerily stalks you through the house. She moves around, closing doors, turning out lights and waiting for the opportune time to attack. The players never seem to see her, until she has snuck up behind them. Turning around to see the creeping doll following them really makes players uneasy.

Emily Wants To Play is now available. It can be purchased on Steam for only $4.99. It is compatible with Mac and PC.