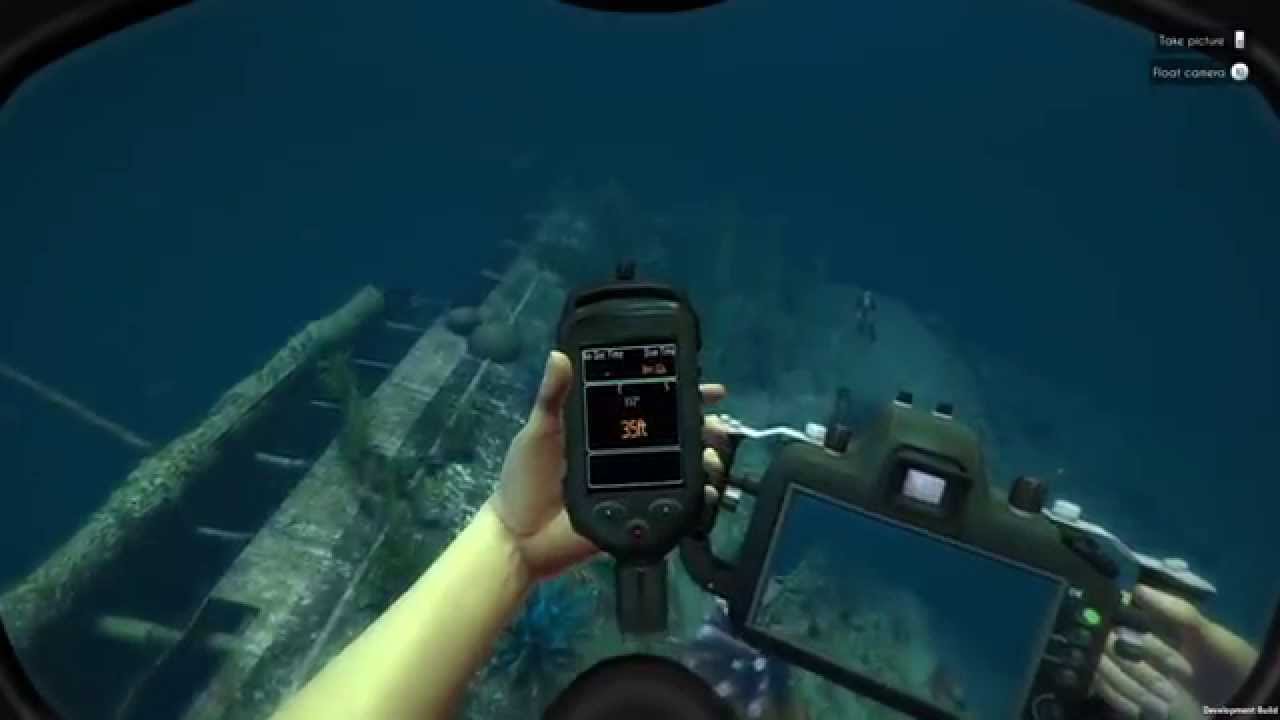 Dutch independent developer Vertigo Games has launched an update for the Rift-enabled underwater exploration game World of Diving, which lets early access players explore the deep ocean, equipped with their Rift or without, for the very first time.

In an all-new video showing off World of Diving’s first deep-sea gameplay, the crowd-funded studio takes you to the historic shipwreck of the passenger ship SS Yongala, which since 1911 lies at a depth of approximately 100 ft (30 meters) in the Great Barrier Reef: http://youtu.be/Pw8mR5uRpQ8

With this most recent update, World of Diving players are now able to visit the Great Barrier Reef and the ripped SS Yongala wreck in a huge new deep-sea map, speed up their game with the much anticipated underwater scooter, experience the developing advanced fish AI, encounter procedurally animated sharks, and more, many features of which are requests from the dedicated community.

World of Diving: Stage 0, including this latest update, is now fully playable as an early access perk that comes with pre-ordering the game on its official website: http://www.divegame.net.

For more information on World of Diving, please visit http://www.divegame.net and keep up with all the latest news the official Facebook page http://www.facebook.com/WorldOfDiving.
World of Diving in the media
•Kotaku.com – “… something I very much want to play again.”
•IGN.com – “Such wonderful things surround you.”
•Destructoid.com – “World of Diving with Oculus Rift is a real treasure”
•The New York Times – “captivating”
•Polygon – “This is the fun of virtual reality; the act of exploring a new environment was quietly joyful”

About World of Diving
World of Diving is the online multiplayer game that will bring out your inner explorer by bringing the murky, mysterious depths of our oceans and their hidden treasures within your grasp. Or step into the shoes of the designer, and build and share your own diving locations and missions with your fellow divers.

If it’s underwater, it’s part of World of Diving – armed with hi-tech deep-sea diving gear and submarine vehicles, a photo camera, and your exploration kit, it’s up to you and your friends to reveal, salvage and catalog the ocean’s mysteries.

Key features
•Design, create and share your own underwater missions and content
•Explore the mysteries of the ocean with up to 16 friends, or go solo
•Compete with friend and foe in exciting arcade challenges
•Discover and salvage the sunken remains of history, including rusty shipwrecks and WW2 submarines
•Interact with the amazing sea life and complete your Ocean-o-pedia with over a hundred species
•Collect a variety of special ‘diving buddies’, each adding its unique benefit to your diving skill
•Customize your character, upgrade your diving gear and ships, and more
•Take part in the community and help direct feature development
•Play using the Oculus Rift for the full immersive experience, or use a traditional monitor