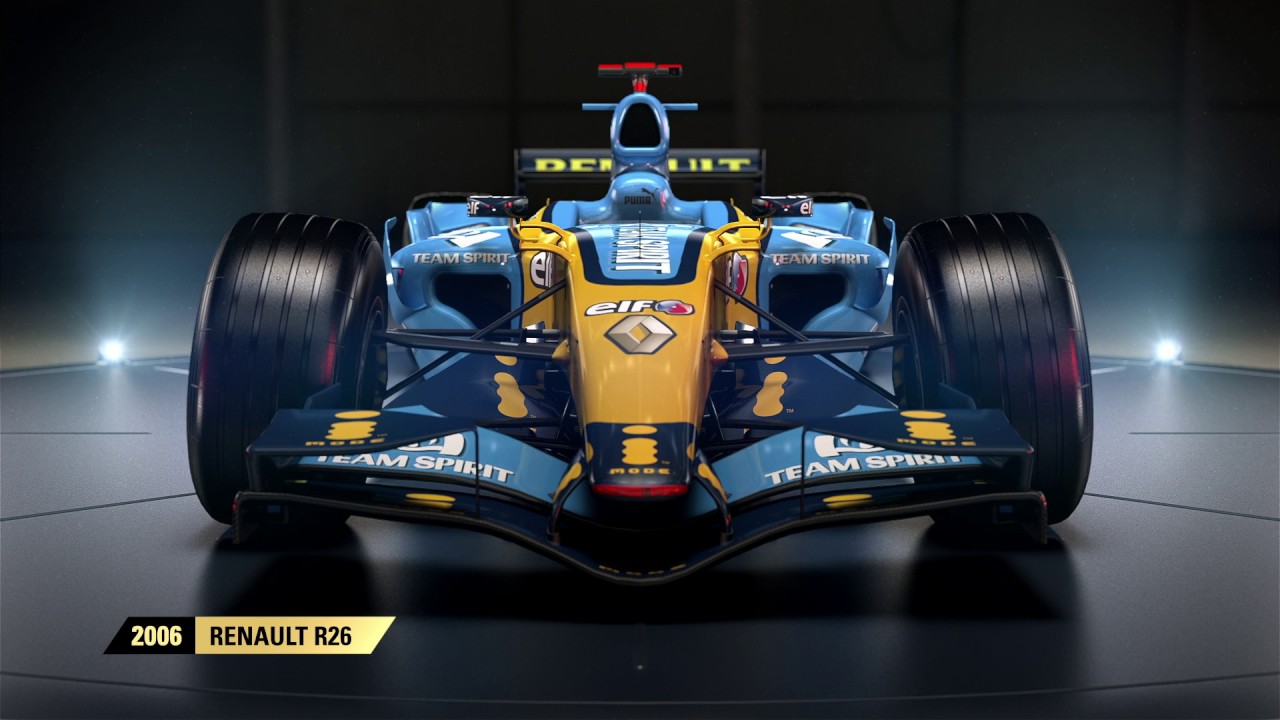 Renault has become the latest team to have an iconic car recreated in F1™ 2017, the official video game of the 2017 FIA FORMULA ONE WORLD CHAMPIONSHIP™. Codemasters® and Deep Silver have  released a brand-new trailer showcasing the classic 2006 Renault R26, which powered Alonso to the 2006 World Drivers’ Championship.

2006 Renault R26 – Driven by Fernando Alonso and Giancarlo Fisichella, the R26 scored eight wins out of 18 races, with seven pole positions and five fastest laps, leading for more laps and winning more races than any other car in 2006. It helped Alonso win his second Drivers’ Championship and Renault to claim their second Constructors’ Championship in succession.

F1 2017 also features an even deeper career mode, numerous multiplayer enhancements, and a brand new ‘Championships’ game mode as well as the return of classic cars. The 2006 Renault R26 will be playable in F1 2017 when it releases on the PlayStation®4 computer entertainment system, Xbox One, the all-in-one entertainment system by Microsoft, and Windows PC via Steam worldwide on August 25th.