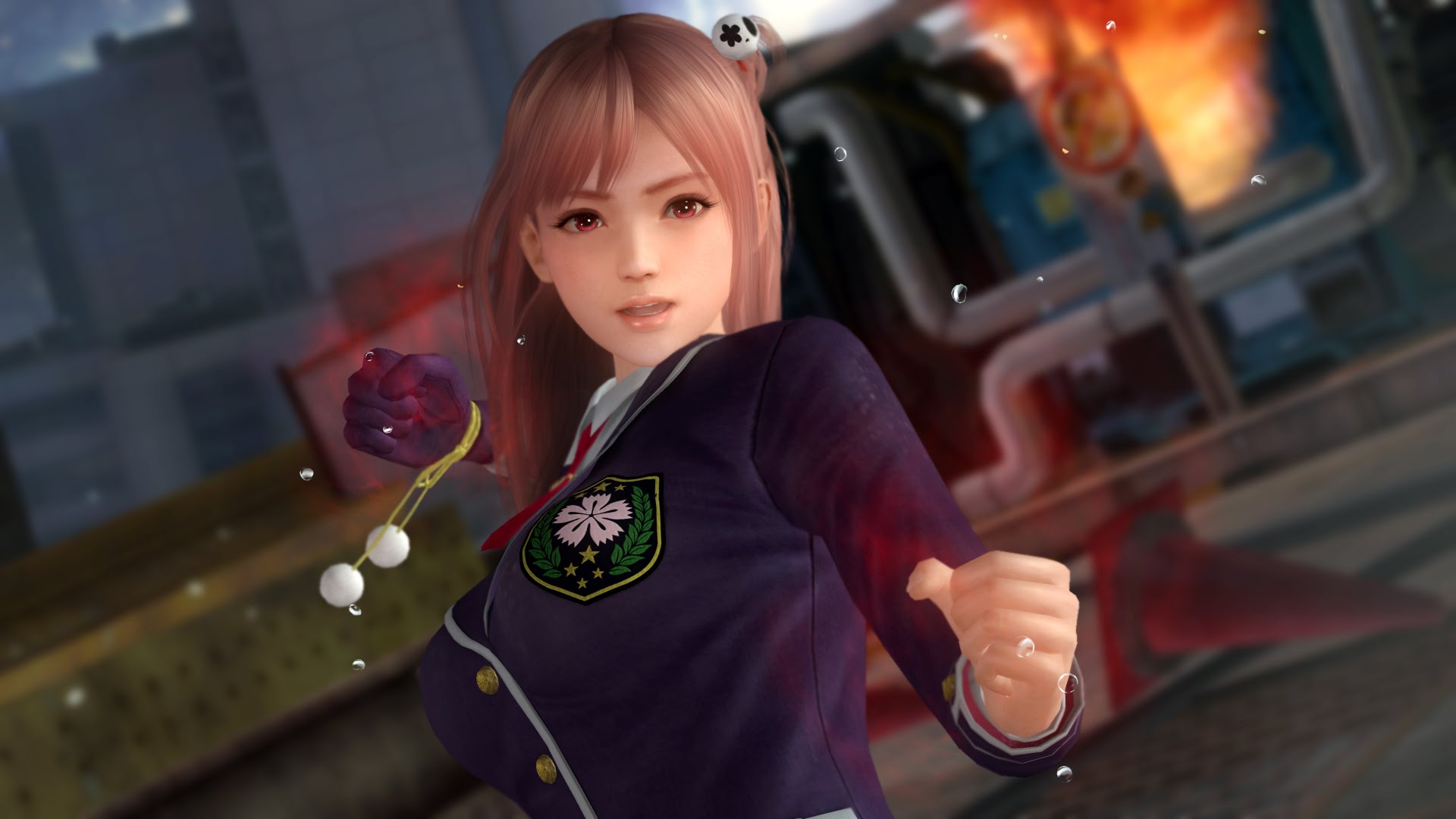 Team NINJA today announced that Honoka, an all-new playable character is confirmed to be in the upcoming DEAD OR ALIVE 5 Last Round. Currently in development for the PlayStation®4 and PlayStation®3 computer entertainment systems, Xbox One, the all-in-one games and entertainment system from Microsoft, the Xbox 360® video game and entertainment system from Microsoft and Steam PC, DEAD OR ALIVE 5 Last Round is scheduled to launch in Europe on 20th February 2015, and will also be available on PC for the first time in the series’ history via Steam (digital only), as well and for PlayStation 3 and Xbox 360 (digital only).

Having been raised all her life by her gentle and loving grandmother, Honoka is a sweet, easygoing kind of girl… but when she sees a fight, she cannot contain her excitement, or the mysterious power surging within her. Honoka has a strange knack for instantly learning any fighting move she sees. She has kept this power hush-hush, but has been itching to test it out in secret. Honoka studies her favorite moves from various sources and fighting styles, and combines them into a unique style which she calls “Honoka Fu”. Since her build is that of an average teenage girl, her moves, while skilled, may not always pack the same punch as the fighter she learned them from. In her Hissatsu-no-Kamae stance, however, she is imbued with an unbelievable strength and becomes capable of techniques she has never seen from any other fighter. In new next-gen screenshots released today, Honoka faces numerous adversaries in Brad Wong, Rachel and Leifang. Honoka demonstrates the power of her deadly Hissatsu-no-Kamae stance, as well as showing off some tag team action with Raidou. Each of these new screenshots show never before seen costumes and customizable hairstyles that will only be found in DEAD OR ALIVE 5 Last Round. To meet the new character you can watch the brand new trailer at: https://www.youtube.com/watch?v=IOJlo3a_J7Q&feature=youtu.be

Players wanting a taste of what DEAD OR ALIVE 5 Last Round has to offer can play the main game content in DEAD OR ALIVE 5 Last Round: CORE FIGHTERS free of charge. PlayStation 4 players will have access to the free-to-download version via the PlayStation® Network which includes four fighters – Ayane, Hayate, Kasumi and Ryu Hayabusa – and almost every game mode will be available. Xbox One players will have access to a free trial version of Last Round via the Xbox Games Store consisting of the same free-to-download fighters and features as noted above, but is not expandable via additional purchases. Xbox One users wanting an extended experience can purchase Core Fighters for small fee, which includes all contents as the free trial, but adds four more fighters to the mix in Hitomi, Tina, Jann Lee and Bass, and is expandable from there via additional purchases. All console users can transfer unlocked titles, costumes and Story Mode progress from the last-gen versions of DEAD OR ALIVE 5 Ultimate to the current gen version of DEAD OR ALIVE 5 Last Round (PS3 → PS4 and Xbox 360 → Xbox One), as well as compete with combatants from both the free and full retail versions. Additional characters, Story Mode and other features can be accessed for a fee. For additional information regarding DEAD OR ALIVE 5 Last Round: CORE FIGHTERS visit: http://teamninja-studio.com/doa5/lastround/us/ftp.html

DEAD OR ALIVE 5 Last Round will take to the ring to deliver the signature DOA fighting style, wrapped up in the most graphically impressive version of a DEAD OR ALIVE game ever seen. Combatants will present an unparalleled level of life-like detail, and smooth striking animations that will firmly place every fighter in the heat of the moment. The game’s dynamic interactive stages once again boast a range of visually striking locations from around the world, while offering even more destruction, deadly new danger zones and a higher level of strategic choices for players to utilize in the quest for victory. Character customization options get even deeper, as DEAD OR ALIVE 5 Last Round will offer over 300 open and unlockable costumes, and the brand new hairstyle and accessory options will give nearly endless possibilities to adorn the fighters for any occasion. Players can bring their run of rosters, costumes and accessories from DEAD OR ALIVE 5 Ultimate, as previously purchased DLC content will be transferable from last gen consoles to the PS4 and Xbox One.