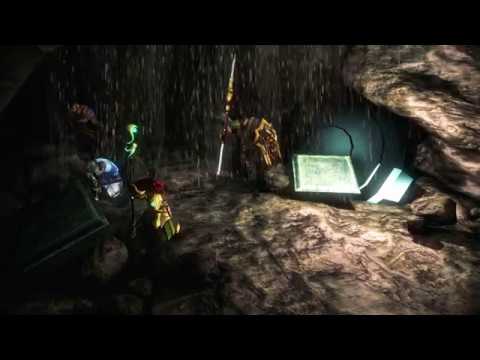 After the defeat of Lady Allevia and putting an end to her centuries-old torment, a mysterious, powerful figure has saved you from Guild Lord Davian’s attack and left you in the dark caves below the Catacombs. Ancient ruins lost to history, a malevolent race, and this mysterious figure’s agenda all stand between you and Davian: survival isn’t enough; your destiny await.

Flying Helmet Games is pleased to announce the third episode of Eon Altar titled “Watcher in the Dark,” releasing on January 19, 2017. Episode 3 will require both Episodes 1 and 2 to play.

What does your mysterious benefactor want? And can he help you escape the Paths of Madness with your sanity intact?
Episode III – Watcher in the Dark Consists of:
Chapter 1 – The Paths of Madness
Chapter 2 – Hall of the Builders
Continue your adventures with Episode 3 – Watcher in the Dark. With over three hours of new content, you’ll continue to banter with your friends in dialogue, prepare your characters for the final battle, and fight as a well-oiled, tactical machine.

Designed to be the ultimate couch co-op experience, Eon Altar is best played on a TV. Using the free Eon Altar controller app available on the iOS App store and Android via Google Play, 1-4 players can sync via wifi to one copy of the game for an epic RPG local co-op experience.

About Eon Altar:
In Eon Altar, players use their smartphone as a private screen to see their motivations, thoughts and innermost secrets. The mobile device also offers lines of dialogue to read out loud—hopefully in their own eccentric performance they’ve developed for the character. With one Steam purchase, up to four players can access the game with Flying Helmet’s FREE Controller App, available for iOS and Android. Each player can use the Controller App to level up their hero, receive secret quests, consult secret thoughts, and choose lines of dialogue.