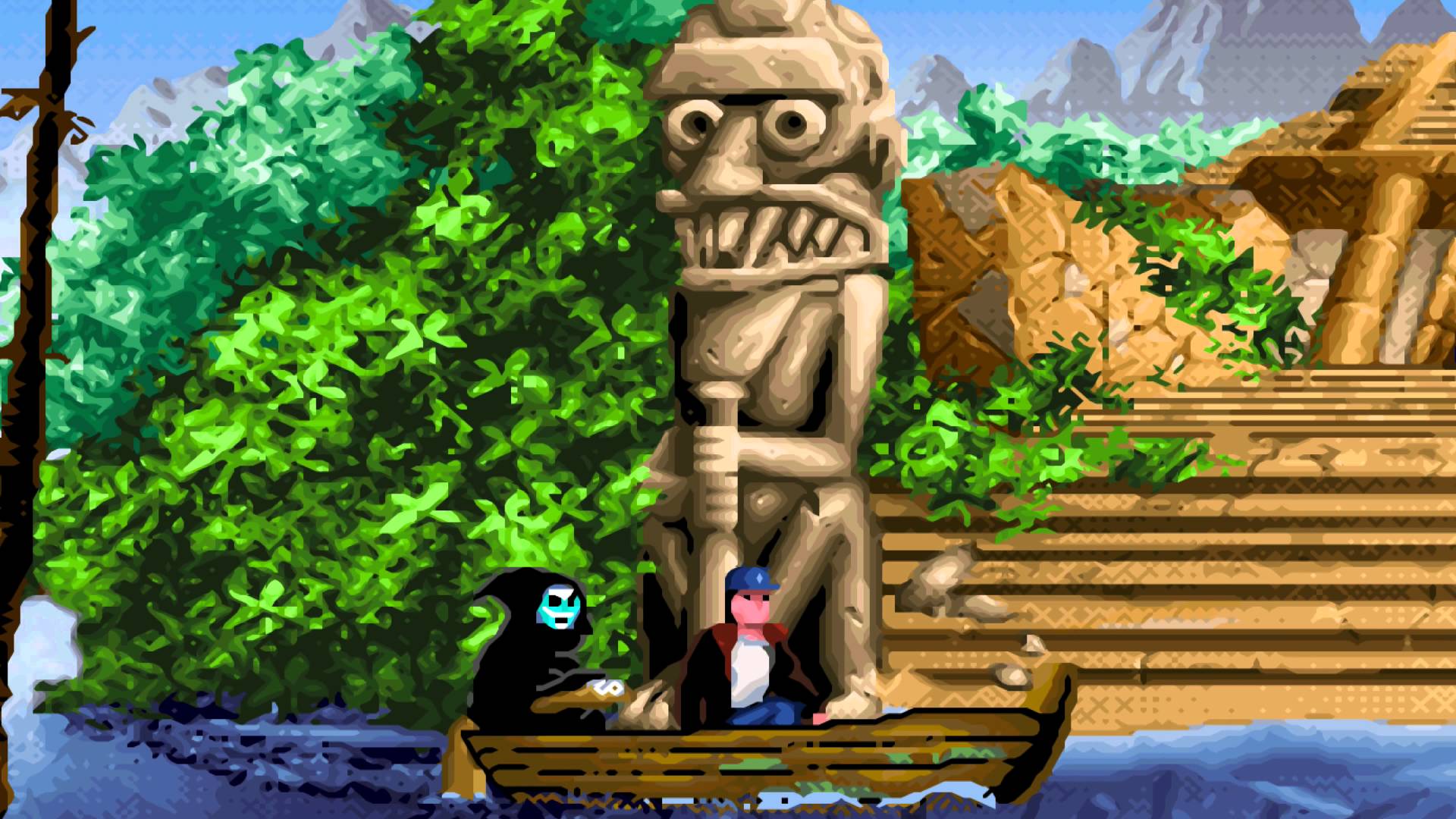 MojoTouch and Red Sprite Studios are happy to announce the launch of the 20th Anniversary Edition of the classic point and click adventure game: Flight of the Amazon Queen – which has been featured by Apple on the App Store in “Best New Games” worldwide.

The year is 1949 and you play Joe King, pilot for hire, tasked with flying famous movie starlet Faye Russell into the Amazon jungle for a photo shoot.
Unfortunately, things don’t go to plan and Joe finds himself stranded in the heart of the jungle where he must rescue a kidnapped princess, brave a dangerous temple, encounter fearsome Amazonian warriors, and uncover a mad scientist’s plan to take over the world!

It’s up to you to deal with the imminent threat of world domination … but be careful, or this may be the last Flight of the Amazon Queen!

“I can’t believe it’s been 20 years since the game was released. The work MojoTouch has done is amazing, the game looks like it was made especially for a mobile device.” said John Passfield, designer and programmer of the original game.

“It’s exciting to bring this classic game, with revamped experience, to a whole new generation of fans.” said Liron Barzilai, producer and developer of the 20th Anniversary Edition.

The game features:
– A classic graphic adventure based on the much-loved LucasArts adventure games and the adventure films of the ’40s
– Explore over 100 exotic locations and interact with over 40 wildly individual characters including, but not limited to, a tribe of Amazon women and 6-foot-tall pygmies
– Witty dialogues packed with sassy humor will make you laugh out loud
– FULL voice-acting including the talents of the famous British actress Penelope Keith, Actor William Hootkins who played Red Six(Jek Porkins) in Star Wars, Brad Lavelle, Tom Hill, Enn Reitel, Jon Coleman, Debbie Arnold and more!

20th Anniversary Edition features:
– Totally new, much praised, game play controls that were built from the ground up for touch-screens.
* Hotspot based – no more pixel hunting!
* All-new slick icons and animations.
* For more details, please see our tutorial video: https://youtu.be/Scq1QDKOFHA

Critics and fans quotes:
“A great game, that’ll give you hours of fun and leave you feeling good. We love it!”
-Mr. Bill’s Adventureland

“Walks on the fine line between Monkey Island and Indiana Jones without falling.”
“A well-executed adventure.”
– Leading MobyGames reviewers