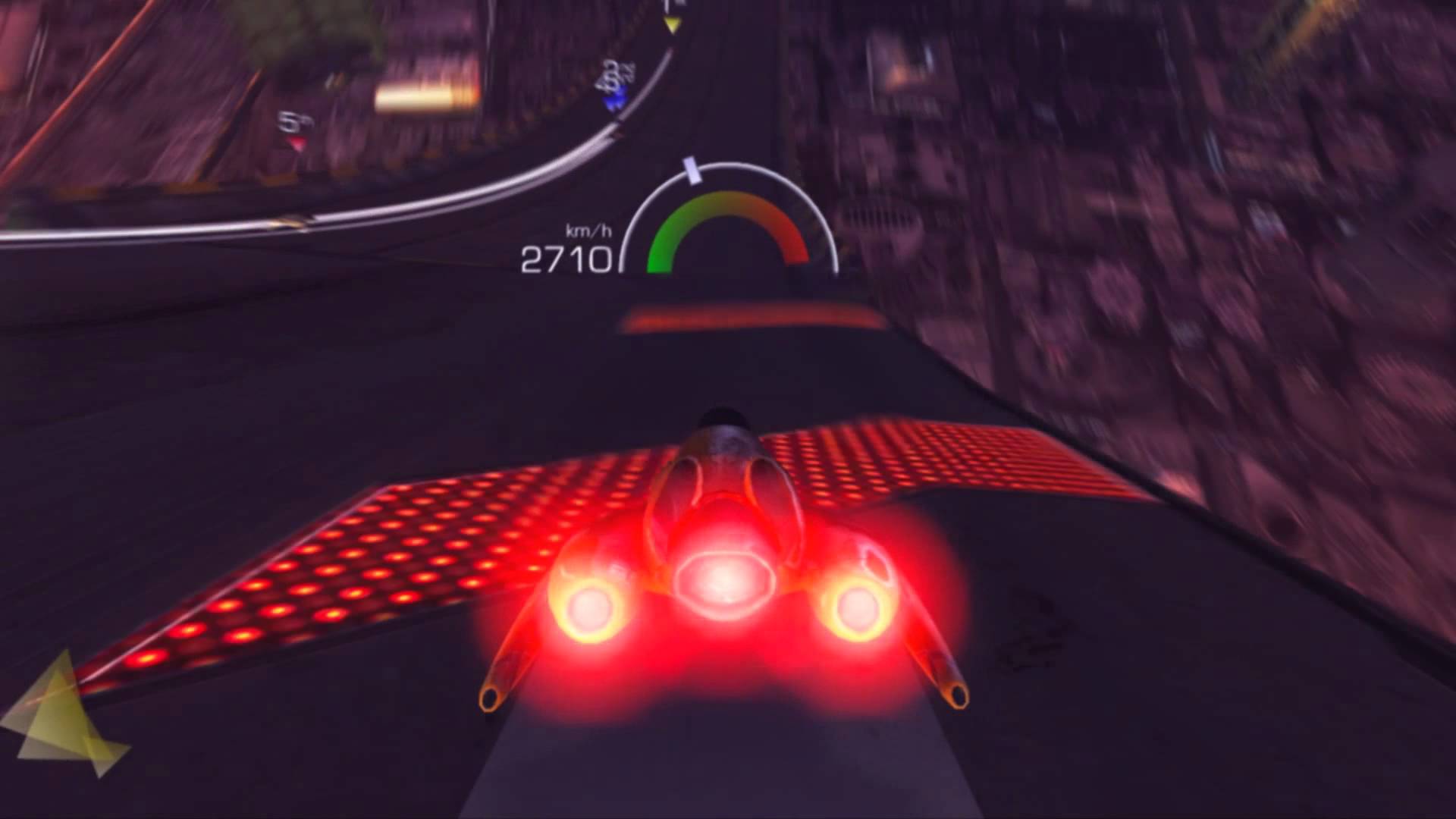 Finnish game studio ZORG Entertainment announced today that its hit iOS futuristic racer AG Drive is now available to download and play on the 4th generation Apple TV. AG Drive was originally launched on the App Store in February 2015 and during 12 months the premium title has been downloaded 300,000 times, with gross sales reaching 1.1 million euros. The Apple TV version of the game is now available as a universal purchase so the players who have purchased the game for their mobile devices earlier can access the Apple TV version for free.

Set in the future 250 years from now, AG Drive takes you on the ride of your life as you drive blazingly fast at the speed of light, racing against opponents on spectacular tracks that dive over and under an Earth city of the future. The impressive, unparalleled visuals of the world of AG Drive were made possible by the cutting-edge technology provided by ZORG’s own 3D engine, rendering 15 million polygons every second at 60 frames per second.

AG Drive launches on Apple TV with a new multiplayer feature via split screen, so two players can play against each other locally in a split screen view using an additional MFi controller.
ZORG Entertainment’s racer has been widely praised in the gaming media throughout 2015, with stellar reviews. It appeared on numerous end of year lists and was included in the App Store’s Best of 2015 list. Metacritic included AG Drive, in its top 25 most reviewed iOS games of 2015, with a metascore of 87 and AG Drive also reached the number one position in the racing category of the most recent Macworld’s best 128 iPad/iPhone games list.

“We have been fortunate to get almost continuous featuring for AG Drive from the App Store during Autumn 2015”, Mika Laaja, CEO of ZORG Entertainment explains. “AG Drive supports the new iPhone 6s devices with the 3D Touch feature and a demo of AG Drive was pre-installed in the promo iPhone and iPad devices in Apple stores in about 10 countries.”

The 4th generation Apple TV was launched as a new platform for iOS apps and gaming at the end of 2015 and currently there are only a limited number of games available via the device. AG Drive is now available on the App Store as a universal purchase for $3.99/€3.99/£2.99.