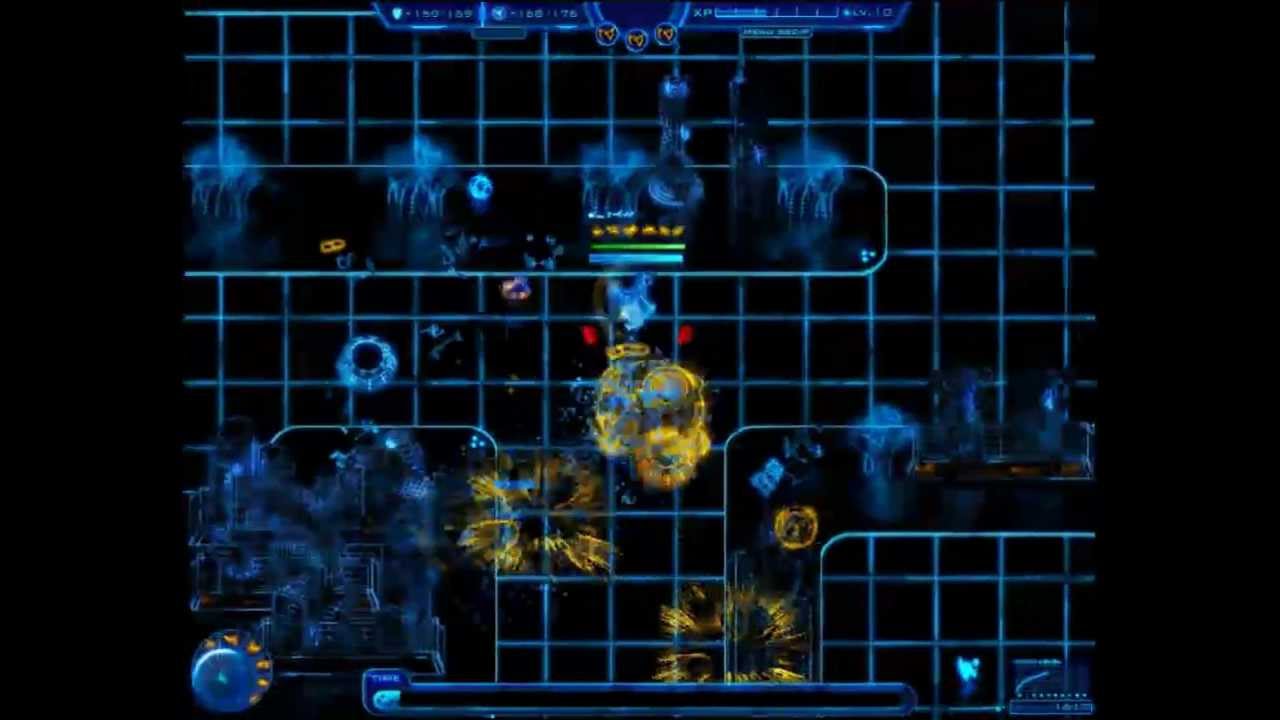 (http://www.prexenstudios.com/ ) announced the release of Gare: Sapphire Mechs, an action shooter game for PC. Available now on Steam and Desura.

Set in a beautiful world you fight to end an age long war on the Vitris-47 planet. The game puts the player in control of a upgradeable mech in a series of missions to release the planet from the hands of the evil Idalin empire. Gare has top down action gameplay filled with fun mechanics, different playstyles and stylized graphics.

The game was first developed as a browser-based game that evolved into a full pc version. indiegames.com wrote the following about the browser version: “Gare combines the aesthetics of Tron, the gameplay of the venerable arena shooter genre, the mazes of Berserk and those Mechs everyone seems to be so fond of in one lovely action game definitely worth your time. Gare, you see, detailed wireframe visuals and atmospheric soundtrack aside, is a most addictive game with some simple yet satisfying upgrade mechanics…”