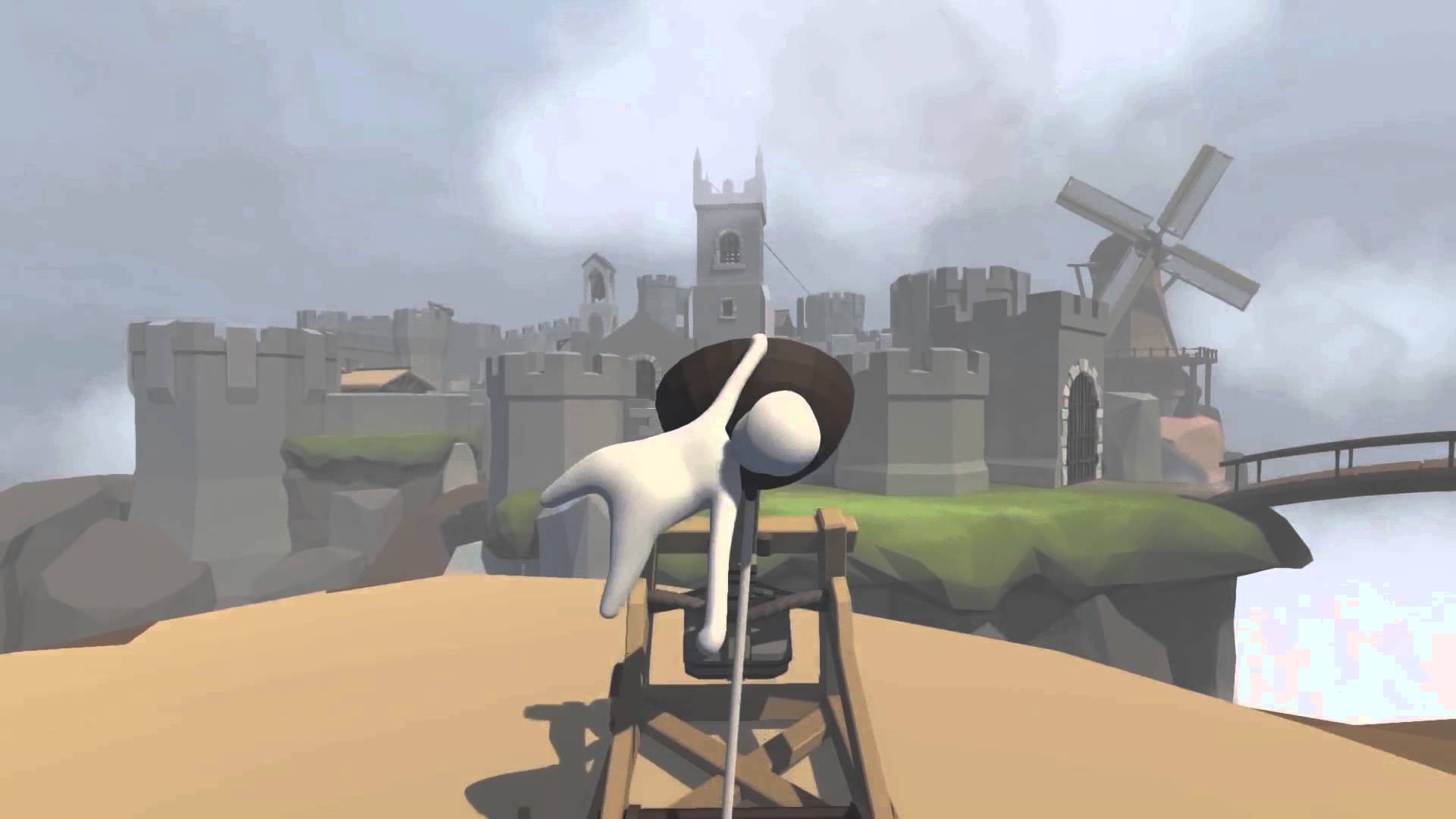 You know that moment, just before you drift off at night, where you feel a sudden sense of falling? Well, Human Fall Flat begins with the game’s hero experiencing something along those lines and turns it into one of the most original puzzle and exploration games of recent times.

What started out as a prototype from one-man developer Tomas Sakalauskas, known as No Brakes Games, has turned into a genuine YouTube phenomenon – with over 10 million cumulative views at the time of announcement – and now Curve Digital have signed an agreement to publish for PC and consoles this summer.

Human Fall Flat is a surreal physics puzzle game in which players are tasked with helping Bob (a builder – but not *that* one) escape his surreal dreamscapes. The world of Bob’s dreams are built on his daily experiences, hopes, fears and memories, crafted into nightmarish puzzles by the nefarious dream maker.

At its heart, it’s a game which will make you laugh. Bob is a human. No hero, no super powers. Bob’s journey is as random as it is surreal – with no fixed solutions to the obstacles he must overcome. Taking the form of open-ended sandbox levels in which players can experiment with solutions, Bob must traverse this beautiful yet deadly world in a bid to understand what’s powering his dreams.

Along the way, players will learn more about the human condition – and maybe something about themselves, too.

Presented with a neat sense of style and a fourth wall breaking narrative, Human Fall Flat is a game unlike any other – and will be coming to PC and consoles this summer.

“I’ve been flabbergasted by the attention Human Fall Flat has been receiving recently,” says Tomas Sakalauskas. “From one screen at the Microsoft press event at GDC to over eight million views on YouTube, it’s been quite the journey. Ever since I made a prototype available on itch.io, the reaction has been incredible. Working with Curve Digital will not only allow me to focus on the game, but to reach an even wider audience than I first dreamed.”

“As soon as I met Tomas and saw the game, I knew we had to work together,” says Simon Byron, Publishing Director, Curve Digital. “Human Fall Flat is a rare exception: a joy to play – and to watch, which explains its popularity on YouTube over recent weeks. Having heard Tomas’s plans for the launch of the game and beyond, we’re really excited to be helping Human Fall onto as many formats as possible.”

Human Fall Flat is being developed by No Brakes Games. It will be published for PC and consoles this summer – exact details to be announced in due course.