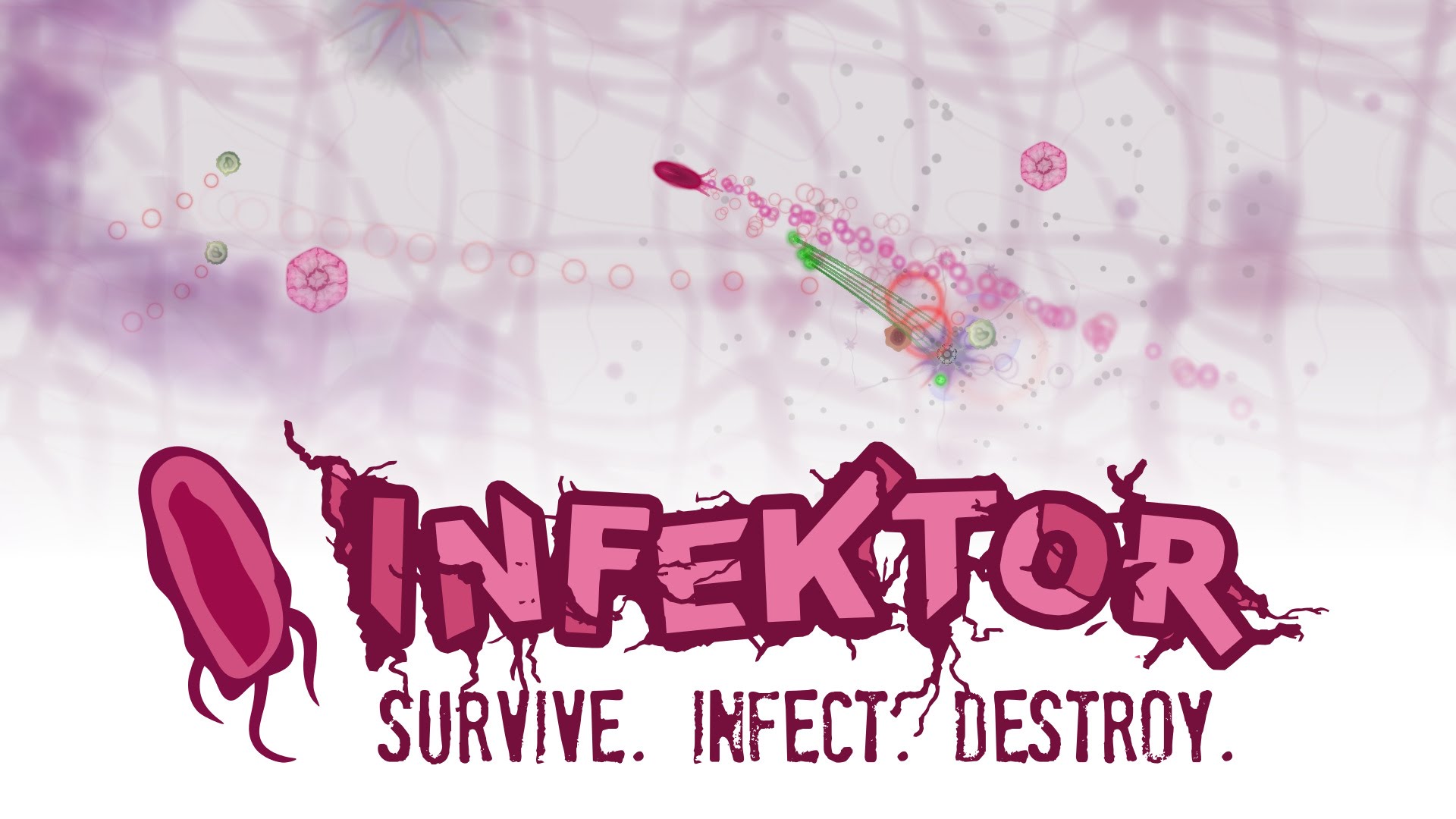 This release brings host of improvements over the original game, including new levels, new game mechanics, improved visuals and enhanced control options, including support for game controller, mouse and keyboard.

Along Mac OS X release, the original iOS version gets updated with the same enhancements, including support for Moga game controllers.

Support the game by voting for it on Steam Greenlight. A Steam release would also include Windows and Linux/SteamOS versions.

Infektor is a fast-paced arcade action game that offers intense gaming experience in small doses. Take control of a microbe and wreck havoc while avoiding your pursuers and collecting plasma drops from their remains. Use this plasma to unlock Survival levels and exchange it for mutagens that boost your microbe’s abilities.

The core of the gameplay is evading your pursuers and racking up the highest score possible. But to get a really good score, you need to use all the reflexes you got and take some risks. Making good use of unique special abilities of each of the three microbes you can control is essential for success. Running rampage and breaking everything in sight is a good way to keep your score counter going. You also get points for risky behaviour like close fly-by’s, avoiding enemy bursts or popping bubbles that spawn antibodies. There might also be some tasty targets to infect as well, but they will usually be placed in rather dangerous neighbourhood.

• 3 unique microbes to choose from