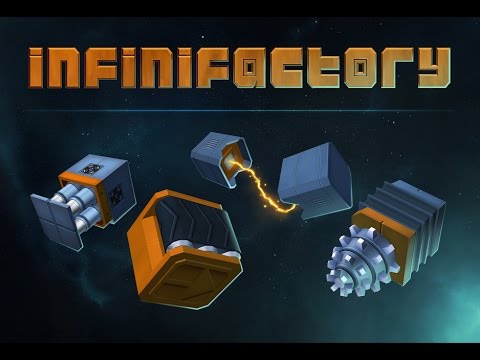 Non-stop factory-building action is coming to a store near you! Alliance Digital Media and Zachtronics are happy to announce that Infinifactory on the Playstation 4 is available for purchase at major retailers across North America.

Infinifactory is a quirky sandbox puzzle game that tasks you with the mission of constructing a vast array of machines and factories for mysterious alien overlords. First launched for digital platforms in 2015, Infinifactory was praised by critics and players alike and was nominated for an Excellence in Design award at the 2016 Independent Games Festival.

•Creative, open-ended challenges from the creators of SpaceChem and Infiniminer: Design and run factories in a first-person, fully 3D environment.
•Compete with your friends! Optimize your solutions, and then optimize them more when you see how much better your friends did.
•Fight your way back to Earth! Explore a deep story-driven campaign with over 50 puzzles, audio logs, and more.
•Design your own ingenious factories! Go beyond the campaign and push the limits of Infinifactory’s next-generation block engine in the sandbox!