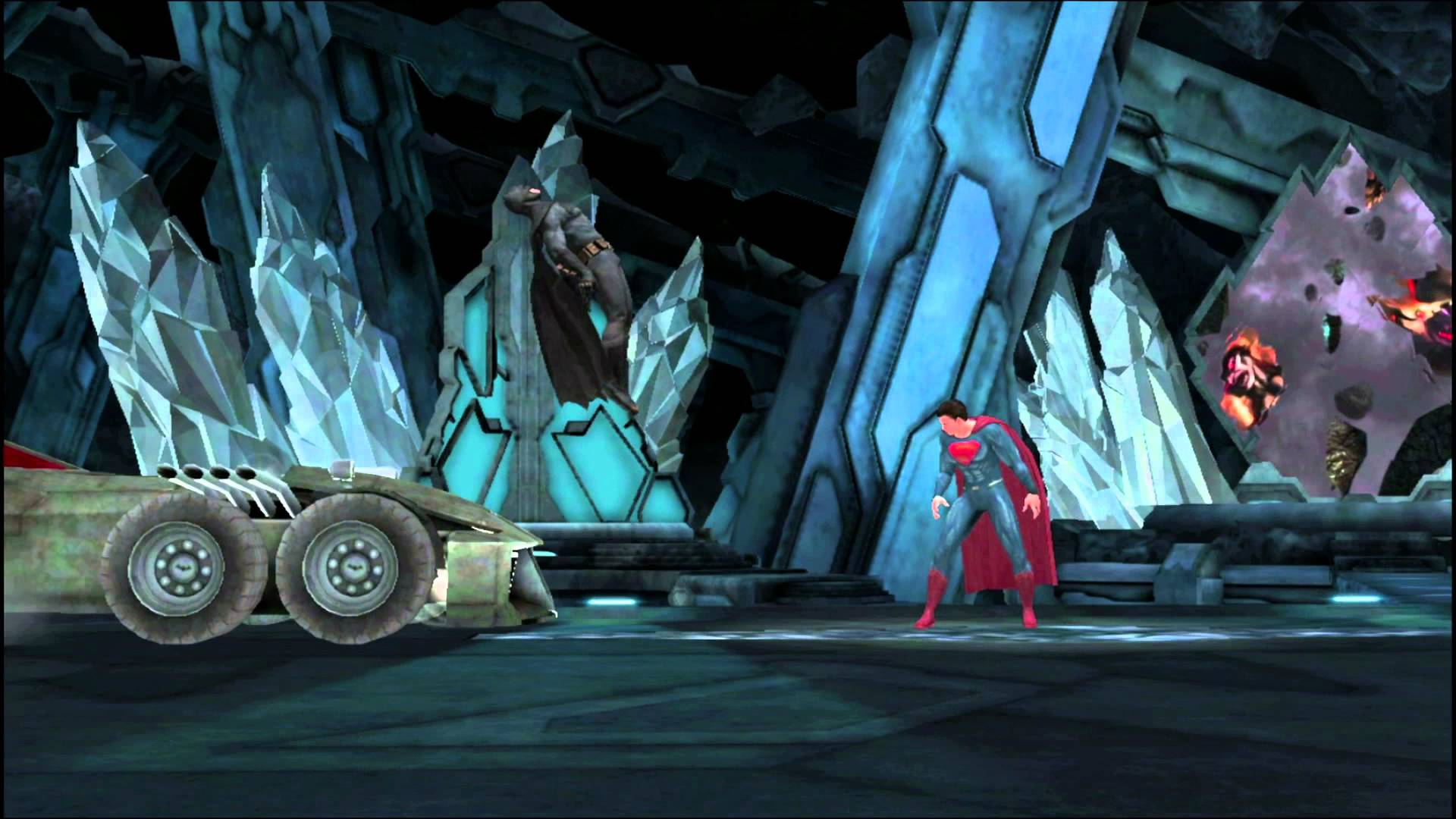 Injustice: Gods Among Us
Injustice: Gods Among Us is a Fighting game that blends classic Arcade style gameplay mechanics with an intriguing storyline that pits classic DC Comics characters against each other in unique combinations (hero vs. hero, villain vs. villain, etc.). The game is developed by NetherRealm Studios, and Ed Boon, of Mortal Kombat fame. Players can expect over-the-top action that is suitable for players of most ages, and a single-player storyline that provides the background for the unique character match-ups possible. Addition features include: more than 20 DC Comics heroes and villains, a variety of different attack levels, unique attacks for each character, multiplayer support, and more.

What If Our Greatest Heroes Became Our Greatest Threat?
Injustice: Gods Among Us debuts as a bold new fighting game franchise that introduces a deep, original story featuring more than 20 fan favorite, and other less well-known, DC Comics icons such as Batman, Superman, Wonder Woman, The Flash, Harley Quinn, Solomon Grundy, Nightwing, Cyborg and others. Set in a world where the lines between good and evil are is blurred, players will experience heroes and villains engaging in epic battles on a massive scale.

Challenging Yet Accessible Gameplay
Developed by NetherRealm Studios, under Ed Boon of Mortal Kombat fame, Injustice: Gods Among Us is developed with gamers of all skill levels in mind. The playable characters are separated into roughly two categories: power based fighters such as Superman, and gadget based fighters such as Batman. In the interactive environments of the game a power character like Superman might use his super strength to lift and throw an object such as a car at an opponent, while a gadget character like Batman might maneuver an opponent close to the same car, then blow it up with a tossable explosive. Characters like Wonder Woman Woman and Nightwing have hybrid abilities that they can toggle between. Regardless of the characters used, varied abilities makes each a possible match for the other, with their attacks broken down into heavy, medium and light varieties, and each also having a specific move that can be unleashed when the power meter that they grow throughout combat, is full. In addition, players can engage in “wager battles” in which portions of the opposing character’s power can be won as a prize for victory. Taken together these mechanics promise action that is simple to pick up but challenging to master, and and which adds a distinct gameplay feel.

Key Game Features
A unique addition to the fighting genre in which an intriguing storyline pits the heroes — and villains — of the DC universe against each other
A powerful and diverse array of over 20 playable characters, including Superman, Batman, Wonder Woman, The Flash, Nightwing, Catwoman, Cyborg, Harley Quinn, Solomon Grundy, and others
A variety of play areas based in the mythologies of each character franchise
An accessible attack system broken down into light, medium and heavy attack, with each character having their own specific attacks
“Wager battles” that allow the winner of the battle to collect a portion of an opponents metered power
Deep multiplayer play options, including local and online play, as well as tournament supportttps://youtu.be/Zngf4_TvLfs