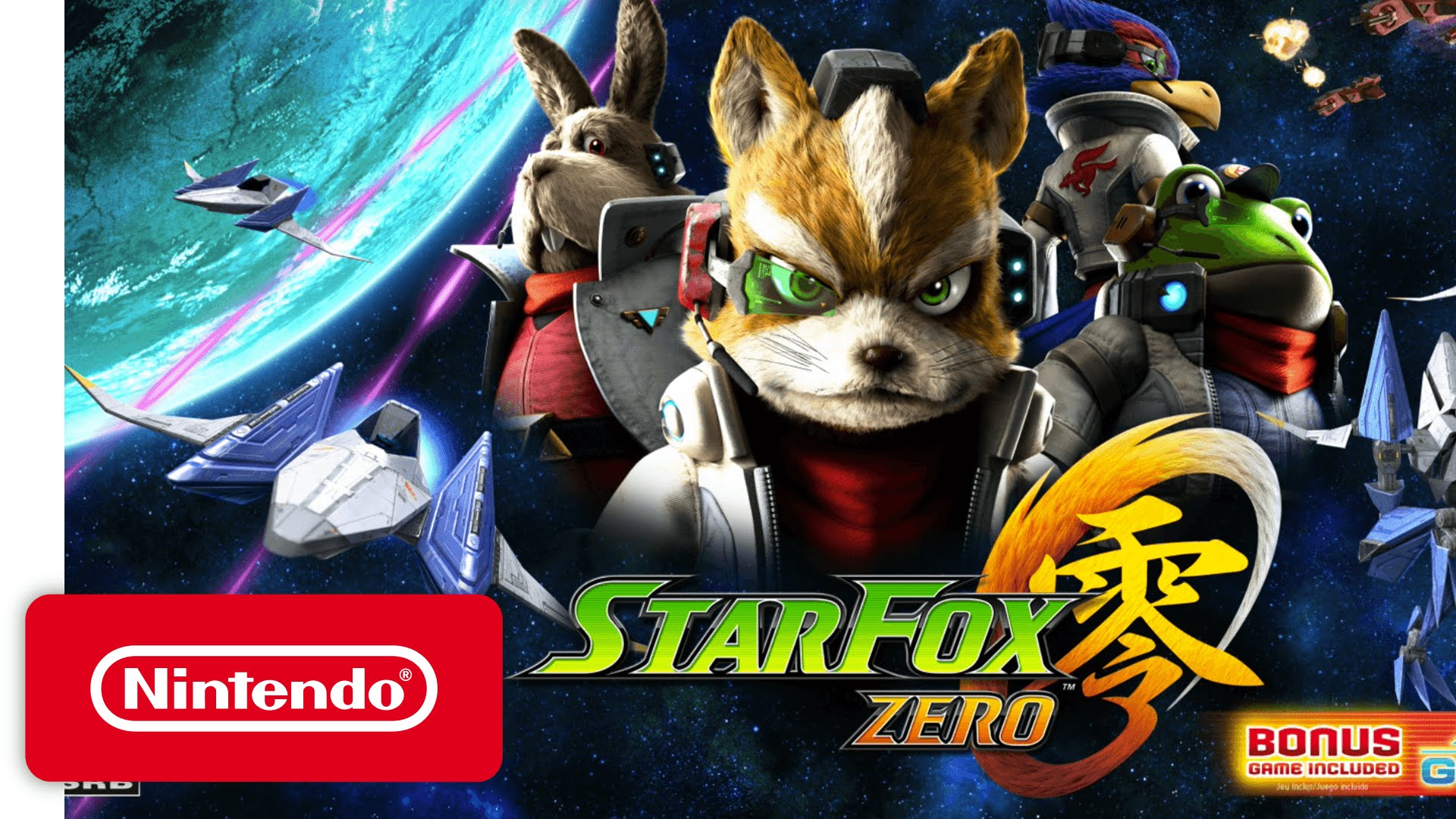 ALERT! ALERT! This is not a drill! The galaxy as we know it is in jeopardy! The evil Andross has taken over the Lylat System and only you and the Star Fox crew can stop them! The Star Fox Zero game is now available exclusively for Wii U consoles, so pin on your pilot wings and dry clean your flight suit – it’s time to report for duty in this action-packed interplanetary adventure.

The Star Fox series makes its Wii U debut in Star Fox Zero, once again reuniting leader Fox McCloud with his memorable team composed of hotshot Falco Lombardi, reliable Peppy Hare and engineer Slippy Toad. For this new adventure, you take on the role of Fox McCloud as he pilots multiple transforming vehicles using a unique control scheme that lets you shoot in one direction while flying in another. Star Fox Zero is the first game in the series to employ independent controls for flying and aiming your lasers. By looking at the TV to identify your target and using the motion controls on the Wii U GamePad controller to aim and shoot with precision, the game lets players feel like they are right in the pilot’s seat, especially when using the game’s “3D Voice” feature to hear squad-mate audio directly from the GamePad.

“Star Fox Zero is a game that’s only possible through the second-screen experience of the Wii U GamePad,” said Scott Moffitt, Nintendo of America’s Executive Vice President of Sales & Marketing. “Many video game fans have experienced the Star Fox series through the years, but never with this level of full-throttle action.”

Co-created by Nintendo and PlatinumGames, developers of the Bayonetta series, Star Fox Zero provides the planet-hopping action that fans have come to love, while introducing new vehicles, missions and a unique control scheme. In addition to flying the now-iconic Arwing vehicle, you can also pilot the ground-based Landmaster Tank and new GyroWing, a hovering drone ideal for stealth-based missions. The Arwing can also transform into the bipedal Walker, allowing for further exploration in the game’s varied levels.

The levels in Star Fox Zero aren’t just about going from point A to point B. Many of the game’s gorgeous locales contain secret exits and hidden collectibles, inviting you to retry missions to discover everything. Just like previous Star Fox games, exploring and discovering new things is part of the fun. By using your stellar piloting skills, you can destroy as many enemies as possible to try to get the highest score. You can even have another player sync up a Wii U Pro controller or Wii Remote controller and Nunchuk (sold separately) and assist in missions by flying the Arwing while you aim and shoot using the motion controls of the GamePad to take out even more enemies.

Star Fox fans are in for a special treat by tapping a Fox or Falco amiibo figure (sold separately). Tapping the Super Smash Bros. series Fox amiibo replaces the normal Arwing with a low-polygon Retro Arwing from the Super Nintendo days (complete with retro music for Corneria). Tapping the Falco amiibo unlocks a special Black Arwing: a high-powered spacecraft created for brave pilots willing to fly with very little shielding.

Every retail version of Star Fox Zero also comes with the Star Fox Guard game on a second disc. This fun and frantic game finds you defending a mining facility owned by Grippy Toad (Slippy’s uncle) from waves of enemy robots using the second screen on the Wii U GamePad controller. A full-fledged Star Fox experience in its own right, Star Fox Guard features 100 stages for players to take on, and also allows players to create and share their own challenges with other players online.

Barrel roll into this unforgettable adventure by purchasing the game in stores at a suggested retail price of $59.99. Star Fox Guard is included in every physical version of Star Fox Zero. Both Star Fox Zero and Star Fox Guard can also by purchased digitally in Nintendo eShop on Wii U or at Nintendo.com for $49.99 and $14.99, respectively. If you purchase the digital version of either game separately, you will receive an automatic discount of $4.99 through Nintendo.com or Nintendo eShop upon purchase of the other game.