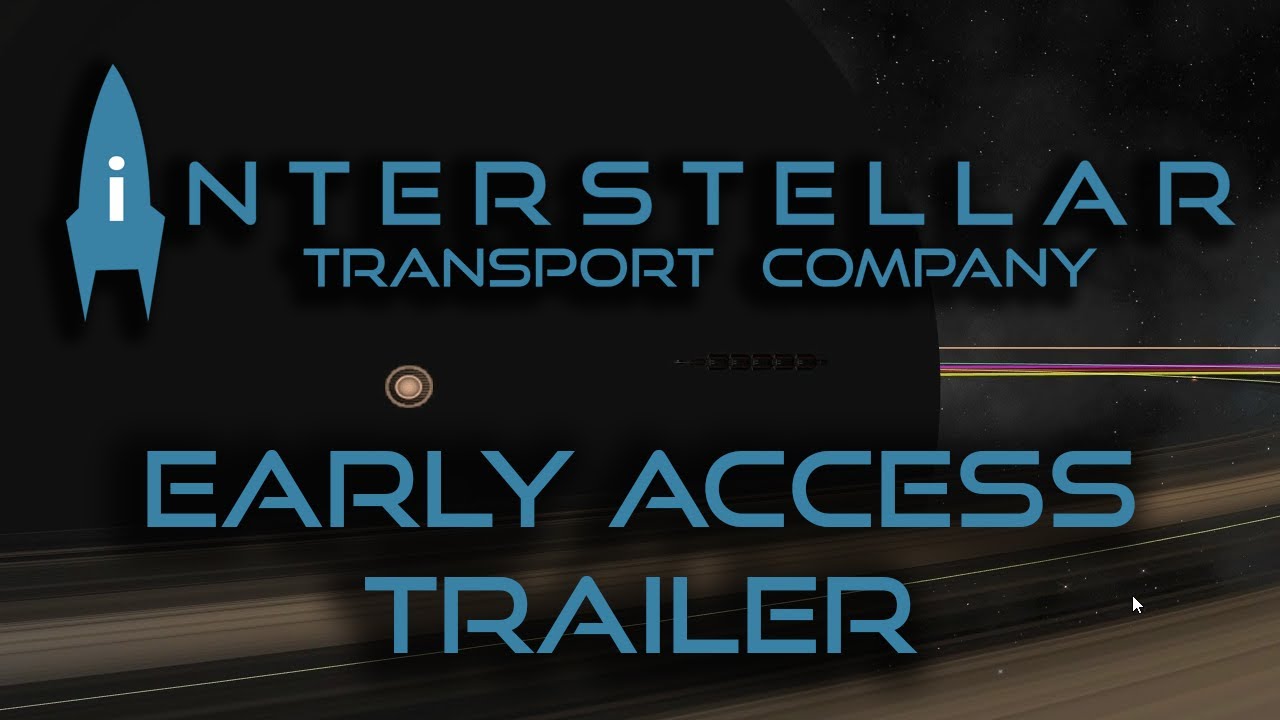 Interstellar Transport Company is a tycoon / management game where players control a transportation company in space, supplying all of humanities needs as they spread throughout the galaxy.  Players must manage ships, routes, colonies, finances and infrastructure to crush their rivals which can take the form of AI opponents or other human players via online multiplayer.  The simulation uses a scientifically grounded galaxy generation algorithm which produces believable and fresh maps for every playthrough.

Build a galactic transportation empire! Help colonize the galaxy and dominate the competition in single player and online multiplayer. Use your business cunning to take your fledgling company from humble beginnings on Earth and it’s neighboring planets and moons to the far reaches of the Galaxy. Buy ships, manage routes, conduct trade deals, build infrastructure, colonize new worlds, invest in local industry; All set in a procedurally generated galaxy with challenging AI, and Online Multiplayer. You will have a new experience every time you play.

Help humankind spread throughout the galaxy by managing resource flows and the supply chains needed to sustain it’s growth. Balance colony expansion against resource deliveries to ensure you never bring a planet to starvation. Using a highly sophisticated and complex simulation, every decision you make can have lasting consequences throughout the entire game.

Interstellar Transport Company has a scientifically grounded galaxy generator which produces challenging and believable maps. Play with 1 to 300 star systems in custom game mode or use predefined game settings and try to top the leaderboards. You can even play without our solar system (replaced by a randomly generated starting system) if you want to freshen things up even more!

Manage cash flow, take loans and issue bonds, deal with the local authorities and maintain high reputation throughout the galaxy. Invest in developing markets and hedge your risks. Balance expenses against value to crush your competitors.

Play Any Way You Want

Play single player custom games against AI or alone with many different galaxy and difficulty settings. Or play with the predefined settings and compete on the global leaderboards. Maybe competitive multiplayer is your thing? Play a shortened balanced game against players near your own skill level. You can even play a co-op multiplayer game, teaming up with friends against the AI.