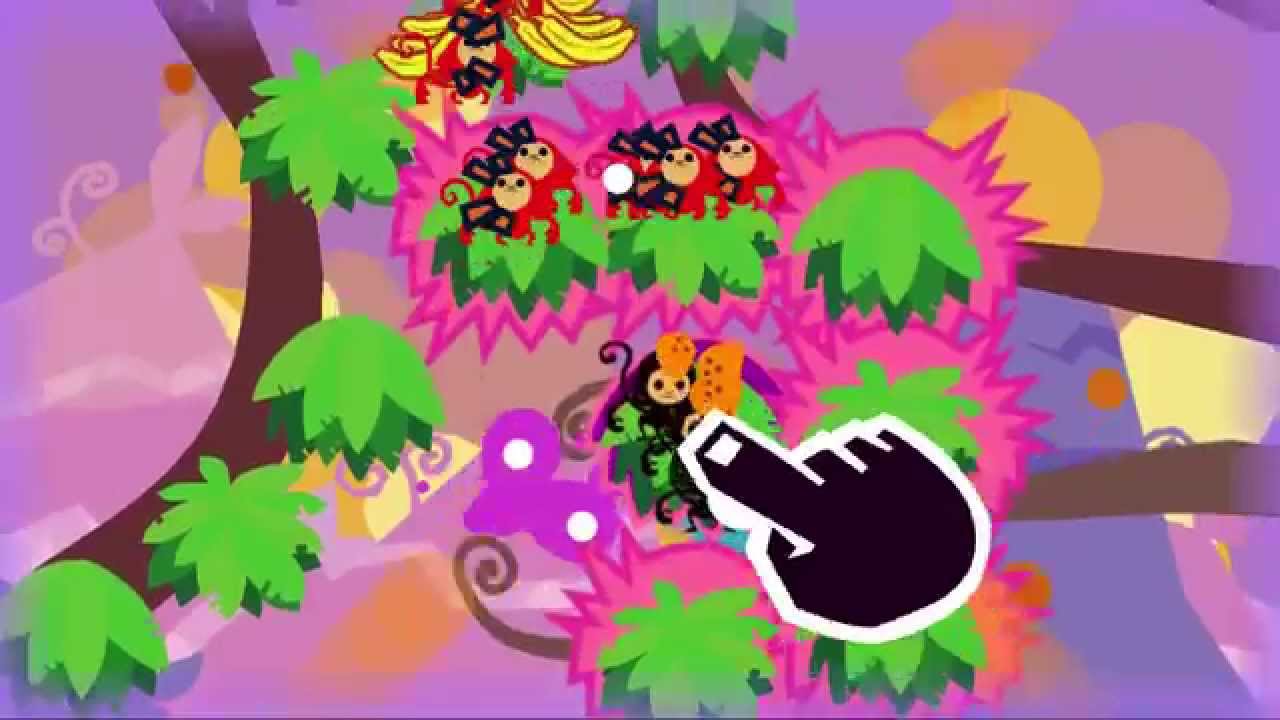 Players drum on the screen of their iOS device and the jungle erupts in madness! Gamers use a rhythmic grammar to send the monkeys into the fray and save the tribe’s bananas from an invading clan. When primates need instructions – where to move or who to attack – players can’t just follow the script; they have to employ strategy!

The game begins when the Mofongo tribe realizes their bananas are being pilfered by the rival Kagungas. Gamers must lead the Mofongo to victory. In the process, they discover the cause of invasion is not a rivalry between factions, but people bulldozing the rainforest — the true evil stealing both tribes’ jungle home.

Jungle Rumble: Freedom, Happiness, and Bananas keeps players moving to the music like a crazed conga line, which was actually Disco Pixel’s inspiration for the title. The game is accessible to anyone who has ever kept a beat with a pen, but has enough difficulty to make hardcore gamers sweat.

“I love rhythm games, but why are they always following a script?” Trevor Stricker, president, Disco Pixel, said. “I like games where the player makes meaningful decisions — where gamers have tradeoffs between weak-but-quick and strong-but-slow. In Jungle Rumble the player is consumed by drumming while making decisions about the tribe’s strategy. Gamers get hypnotized and lose themselves in the rhythms.”

Free to play? If gamers got the money, honey, they are welcome to Jungle Rumble: Freedom, Happiness, and Bananas for $3.99 USD. After that gamers are free to play all they want! The game does not monkey around with micro transactions.

Jumping into the app store does not mean the fat monkey has sung. Disco Pixel is planning lots of updates: new levels to showcase advanced strategy, a level editor to allow players to author their own designs and an Android version.