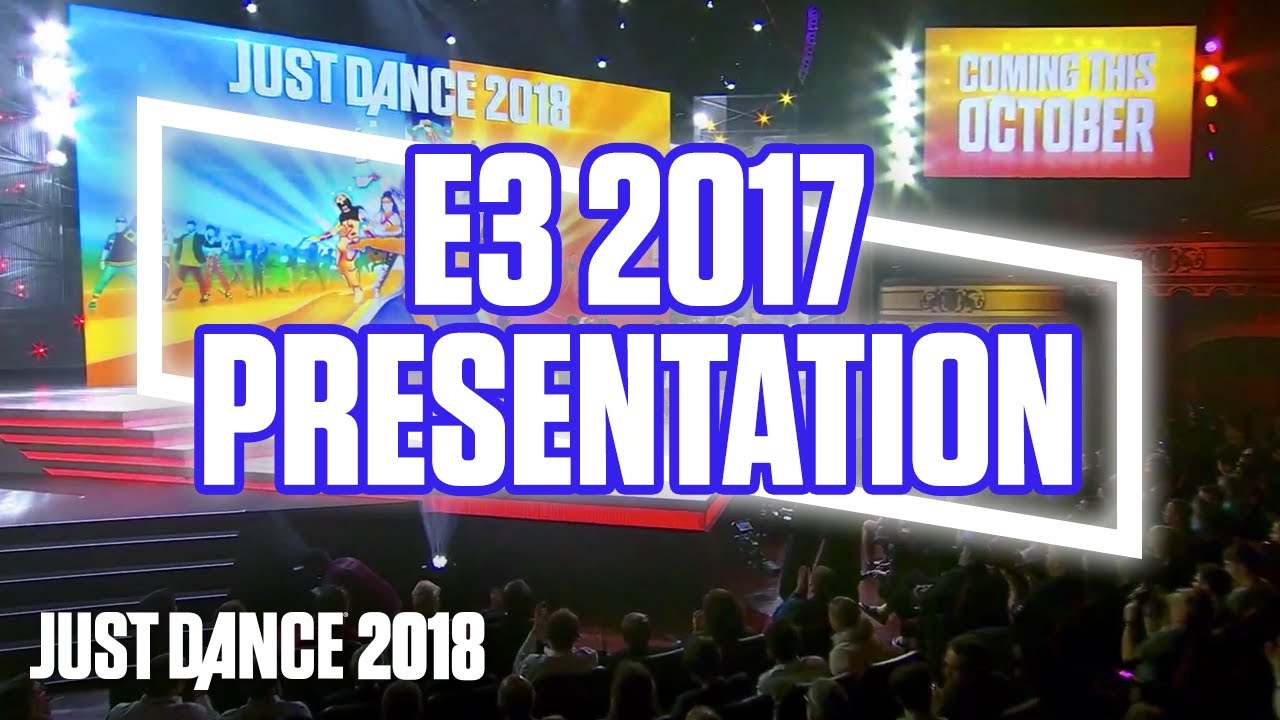 At the Electronic Entertainment Expo (E3), Ubisoft® announced that Just Dance® 2018, the newest installment of the best-selling* music game franchise of all time, will be available October 24, 2017 in North America, October 26 in EMEA (Europe, Middle East, Asia, Africa). At Ubisoft’s press conference, Warner Bros. Records recording artist and featured Just Dance 2018 songlist artist Bebe Rexha performed her latest single “The Way I Are (Dance with Somebody),” a track among the first to be revealed for Just Dance 2018.

Just Dance 2018 offers a fresh and diverse tracklist with more than 40 new songs, and access to over 300 more through Just Dance® Unlimited, the dance-on-demand streaming service**. Songs range from Billboard top hits like Ariana Grande Ft. Nicki Minaj’s “Side to Side” and Bruno Mars’ “24K Magic,” to the best oldies like “Daddy Cool” to K-pop favorites like HyunA’s “Bubble Pop.”

The first tracks revealed at E3 include:

More accessible than ever, Just Dance 2018 can be played on Nintendo Switch™ system, with up to six players at the same time using a Joy-Con™ controller or by using the Just Dance Controller app (which turns your smartphone into a controller). For the first time, Just Dance 2018 will use the HD rumble technology to develop interesting Double Rumble choreographies based on this vibration system, which makes the overall Just Dance experience even more immersive. And with the new interface, browsing the game has never been so easy, so players are only a couple clicks away from dancing!

“Since the launch of the franchise we committed ourselves to offering the most accessible Just Dance experience to get the whole world dancing,” said Marine de La Seiglière, Executive Producer. “We’re proud of this new version of Just Dance that fits with the diversity of our players’ preferences today and gives them the opportunity to dance the way they like, anywhere and at anytime, whether they are a party starter, a young dancer in the making or a pro dancer looking for new challenges.”

A passionate community of 120 million players around the world is also ready to start the party with the return of World Dance Floor, the world’s best online multiplayer dance floor, bringing even more challenges in co-op or competition. The youngest players will also have their own Kids section, integrating 8 new choreographies developed with the help of kids’ experts to encourage healthy movement.