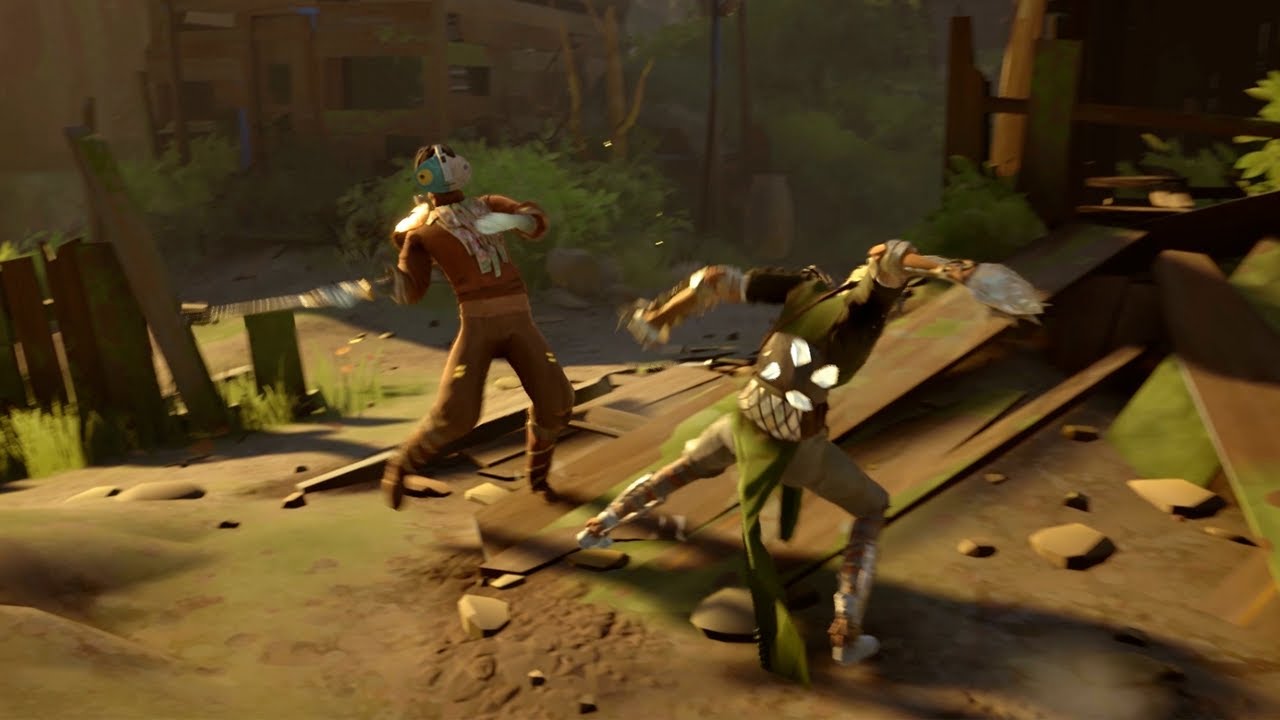 Zui Quan masters at Sloclap and bootleggers at Devolver Digital revealed the mysterious fourth combat style for the upcoming combat melee combat game Absolver today: Stagger. The reveal of the unorthodox and unpredictable combat style follows the recent combat overview of the game’s three other combat styles and is showcased in a stunning new trailer:

Absolver is an intense online combat experience featuring real-time flow of attacks, dodges, feints and counters, with all aspects of gameplay customizable, including combat styles, weapons and even individual attack sequences in the player’s Combat Deck.

Absolver puts players behind the mask of a Prospect, who has taken a sacred vow and chosen to join the Absolvers, an elite corps of combatants fighting to maintain stability in the world. Monitored by the Guides, the new rulers of the fallen Adal Empire, players will wander these forsaken lands and encounter other Prospects online in order to learn their place in this world and eventually become Absolvers. Along the way, they will learn new combat styles and attacks, and acquire better weapons, powers and armor.

Absolver drunkenly punches you on PC and PlayStation 4 on August 29.