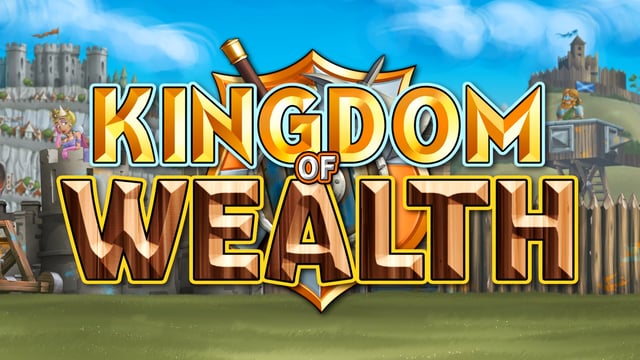 Travel back to the Middle Ages and embark on an epic battle on reels in Kingdom Of Wealth™, a thrilling conquest taking you through the ranks of medieval hierarchy. Produced by BluePrint Gaming and published by iDor Interactive, this exciting game of slots is available on iOS®.

Kingdom Of Wealth™ is based on the real game of the same name, and challenges you to be crowned King of the Realm! Featuring a host of cool features, you battle like never before as you take control of your destiny. Head into battle with the Queen, Monk and Barbarian and build up a virtual fortune with big wins awarded across 90 winlines over 20 reels. There is plenty going on with stacks of daily credits in free-play, fun ways to max your creds, exciting badge awards at each level, and fun mini-games adding diversity and fun!

Kingdom Of Wealth™ includes off- and on-line trophies, a Royal Respin feature with big prizes up for grabs and awesome head-to-head battle as all three characters go for gold with monster multipliers all the way!