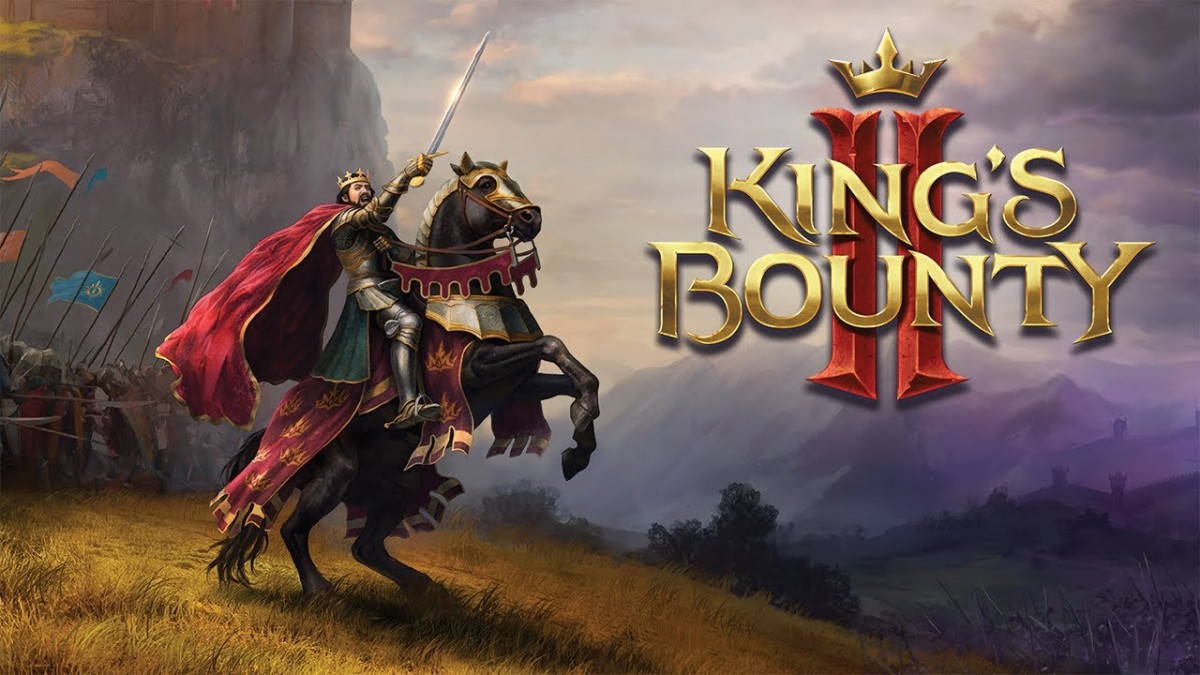 Offering a fresh take on the acclaimed fantasy series, King’s Bounty 2 expands upon its tactical turn-based battles to offer players a truly immersive RPG experience. Weight is added to each move, from battles to developing relationships with the people players meet within the world of Antara.

Taking up the mantle of one of three heroes – each with their own unique story – players embark on a non-linear, open-world adventure across a detailed and densely-packed fantasy landscape. Danger has arisen in the world, with a mysterious blight descending upon the far reaches of Antara, corrupting the land and people who reside in it. Refugees from the affected regions have begun to arrive in the kingdom of Nostria, putting food and resources in short supply. Once living souls, blight-distorted creatures now roam the countryside leaving chaos and destruction in their wake. Your actions have consequences as Antara slowly gets consumed in this great conflict. How will you forge this land’s future?

Interactive and cinematic story – Told through the lens of a highly cinematic experience, King’s Bounty 2 puts choice in players’ hands rather than their mouths. Embracing classic RPG traditions, players are frequently faced with difficult moral choices that have far-reaching consequences for the fate of the realm. But instead of hinging on simple dialogue choices, it is the players’ actions that hold the true weight.

Landscape matters – When players enter combat, the battlefield directly reflects the specific part of the world map that they’re traversing. This forces players to consider their surroundings before entering combat, to minimize potential risks or even try to give themselves the upper hand.
No more flat arenas – Realistic, volumetric battlefields are now an integral part of combat in King’s Bounty 2. Creating maximum tactical diversity, all manner of obstacles and features can be found on the combat maps, from ravines and hills to wagons and more. Every battle now has its own unique tactical advantages and disadvantages.
New character development system – King’s Bounty 2 gives players three characters to choose from, each with their own unique story. As they explore the realm, their stories change as they align themselves with different ideals: Strength, Art, Order, and Anarchy. Not only do these choices affect how NPCs react to them, but they also have a tangible impact on the world.

Unique squads – Each squad consists of wholly unique units, each with their own set of skills and visual appearance. Instead of faceless recruits, players build armies of humans, elves, trolls, and other creatures who spend the majority of their adventure fighting side-by-side, developing lasting bonds.

Tactical depth on the battlefield – King’s Bounty 2 introduces many new tactical features to the series, such as Line of Sight, for a deeper, richer combat experience. Surprise tactical events mid-battle will also keep players on their toes.