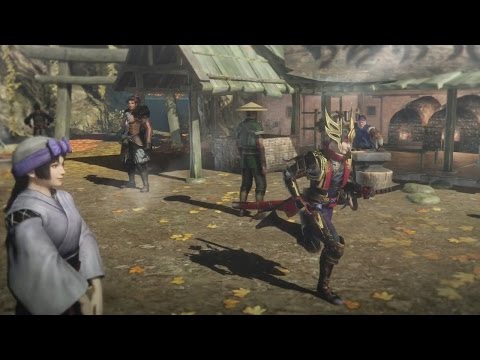 KOEI TECMO Europe today announced that the demon-slaying epic, Toukiden: Kiwami, is now available in Europe for the PlayStation®4 computer entertainment system and the PlayStation®Vita handheld entertainment system. Set against a backdrop inspired by various historical periods of Japan, Toukiden: Kiwami continues the tale of humanity’s last stand for survival against powerful demons (Oni) that are destroying the world.

For its debut on PlayStation®4, Toukiden: Kiwami picks up the epic Toukiden story from the beginning, offering all of the content from the previously released Toukiden: The Age of Demons to introduce new players to its vast, demon-ridden world. Returning Slayers can discover the new Kiwami storyline or pick up where they left off by carrying their save data over from Toukiden: The Age of Demons to both platforms and enjoy a fresh experience with their hard-earned progress. Players will also enjoy cross-save functionality between the PlayStation®4 system and PS Vita versions of Toukiden: Kiwami.

A launch trailer has also been released and is viewable via http://youtu.be/a384jGI_S4U.

Toukiden: Kiwami includes an extensive, cross-play-enabled multiplayer mode, in which players on both systems will team up and slay Oni like never before. Players can battle Oni with a squad of up to four Slayers comprised of various NPCs or other players via online cooperative play.

In the deeply rich world of Toukiden: Kiwami, Oni have hidden in the shadows aiming to torment mankind. Throughout history, a secret cast of warriors known as Slayers have been trained to dispose of the demonic threat before it could consume the world. However, an event known as the ‘Awakening’ generated rifts in space and time, causing places that had long disappeared from the world to resurface, and unleashing hordes of demons that now relentlessly hunt humans.

The player’s role in Toukiden: Kiwami is to complete various missions, strengthen his or her relationships with the other warriors in the village, and eventually do battle with the largest of the Oni to banish them back to their dimension and free the souls of the heroes they’ve trapped. In turn, when these souls are free, they stay with the player and provide him or her with a variety of equippable abilities.
For more information on the Demo, data transfer and Toukiden in general please visit www.toukiden.eu/kiwami