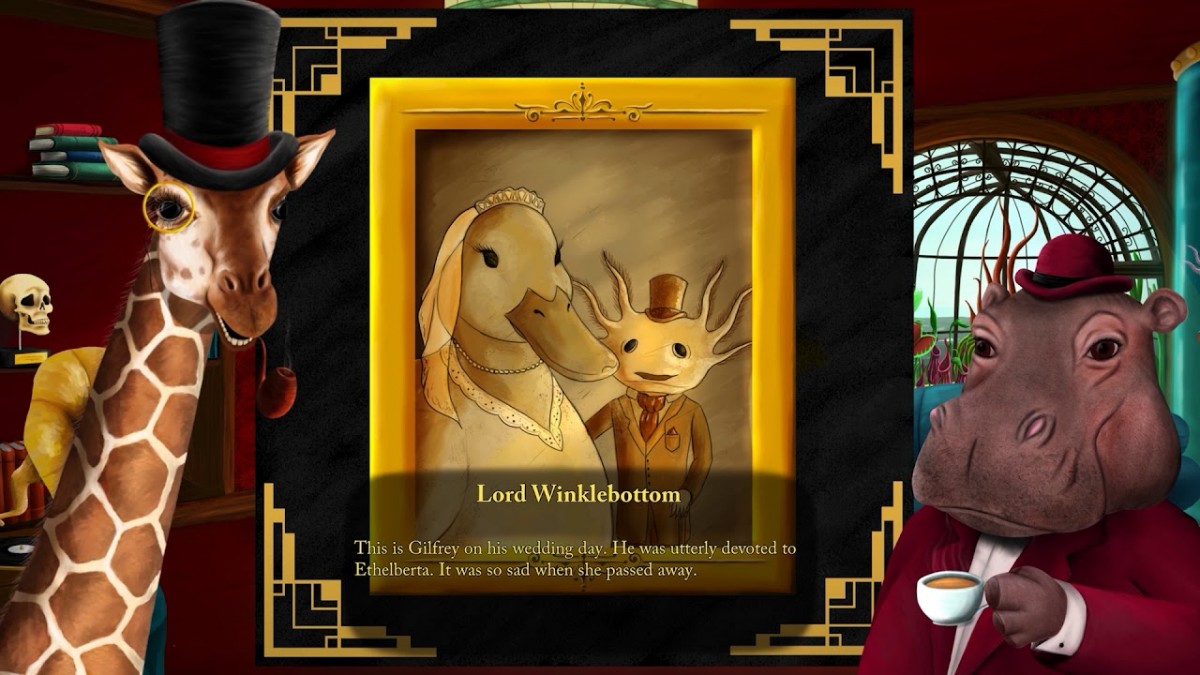 Charlotte Sutherland, solo Developer at Cave Monsters, has announced that Kickstarter success “Lord Winklebottom Investigates” will be coming to Xbox One and PlayStation 4 in 2020. The game, which has also previously been announced for PC, Mac, Linux and Nintendo Switch, is a classic point and click adventure with a fetching hand-drawn art style and a jolly good sense of humor!

Set in the roaring ‘20s, the world’s foremost giraffe detective is about to embark on his most challenging case yet. A mysterious invitation to an isolated island results in a grisly murder and a race against time to track down the killer. Thankfully, there’s nobody better to crack the case than the great detective and gentleman, Lord Winklebottom.

Join Lord Winklebottom and his steadfast companion, Dr Frumple as they investigate the murder of their old friend. Uncover clues, interrogate suspects and solve puzzles to crack the case. Our daring detective will put his neck on the line to capture the killer and uncover the horrifying dark secret at the heart of the Isle of Barghest!

Visit the Steam page for wishlisting and more information.