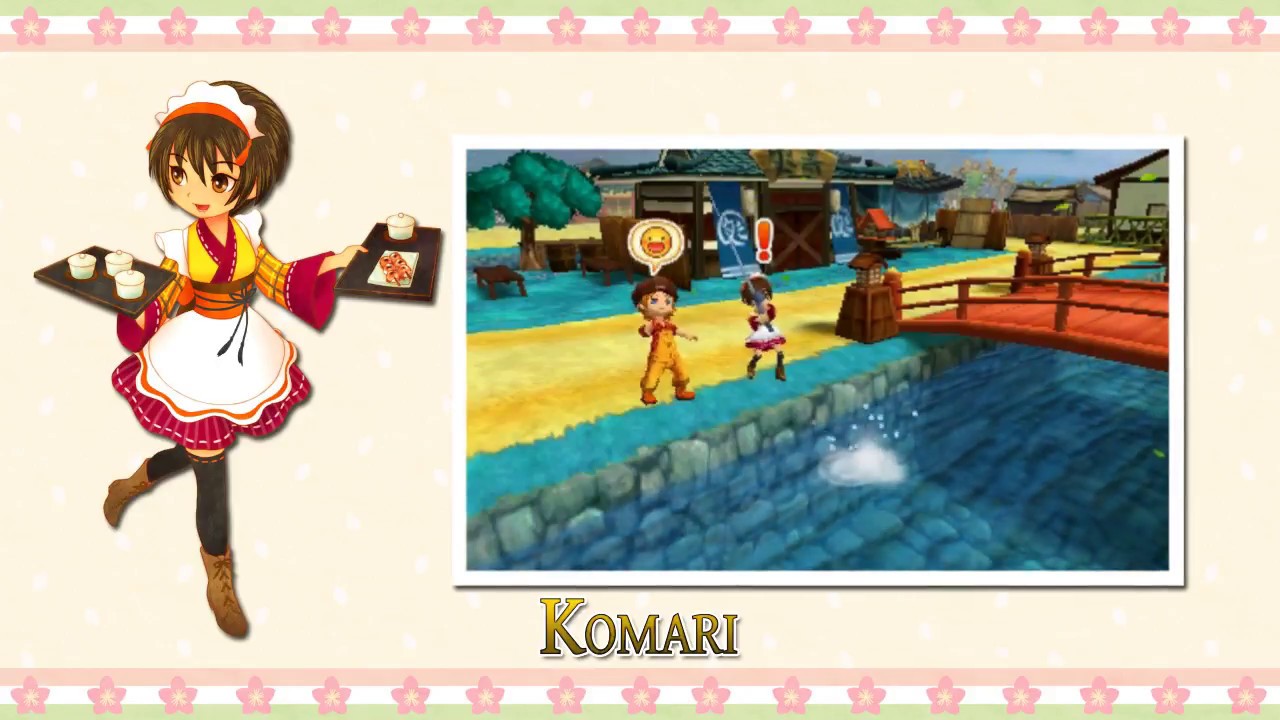 XSEED Games, the independent-minded console publishing brand of Marvelous USA, Inc., today announced details on the five eligible bachelorettes whom players can woo in STORY OF SEASONS: Trio of Towns with the first trailer in a series of upcoming videos. The company also tapped the honorable and adorable in-game capybara pet “Capy-san” to introduce the video series priming farmers for the game’s February 28th launch on Nintendo 3DS™.

Capy-san, the in-game capybara pet and pocket plushie had this to say:
It makes me squeal with excitement to introduce the bachelorettes of STORY OF SEASONS: Trio of Towns in the first of a series of weekly videos. With Valentine’s Day just around the corner I’m sure everyone has romance on their minds, so next week I’ll be sharing the bachelors, too, ensuring all will find the perfect mate!

Bachelorettes
The chatty Lisette loves a good read and runs the family’s flower shop in Westown taking special care into the meaning of each bouquet and selling seeds. Potential mates will be challenged by Kasumi who teaches in Tsuyukusa and is perfectly fine with solitude, even disliking sweets! Komari, also hails from Tsuyukusa but is not the serious type, often complaining about working at her dad’s teahouse, seeking a hobby. The identical twin priestesses Iluka and Siluka work at the seaside café, Carosello. Iluka, who can predict the weather, is curt and often scolds Siluka, who can see auras, for dozing off at work.

To find out more about the bachelorettes and other details, follow STORY OF SEASONS: Trio of Towns on Facebook, where fans can also keep up with Capy-san in the “Capy and Bunny Adventures”. In the first and second installments Capy-san and pal, Pinkun (Akiba’s Beat) ditch work and embark on their journey!

Developed in Japan by Marvelous Inc., STORY OF SEASONS: Trio of Towns will be released in North America on February 28, 2017 by XSEED Games, exclusively for Nintendo 3DS. The game will be available in physical format at participating retailers and digitally in the Nintendo eShop for $39.99. This game has been rated “E10+” for Everyone ages 10 and up by the ESRB with the descriptors Comic Mischief, Suggestive Themes and Use of Alcohol.