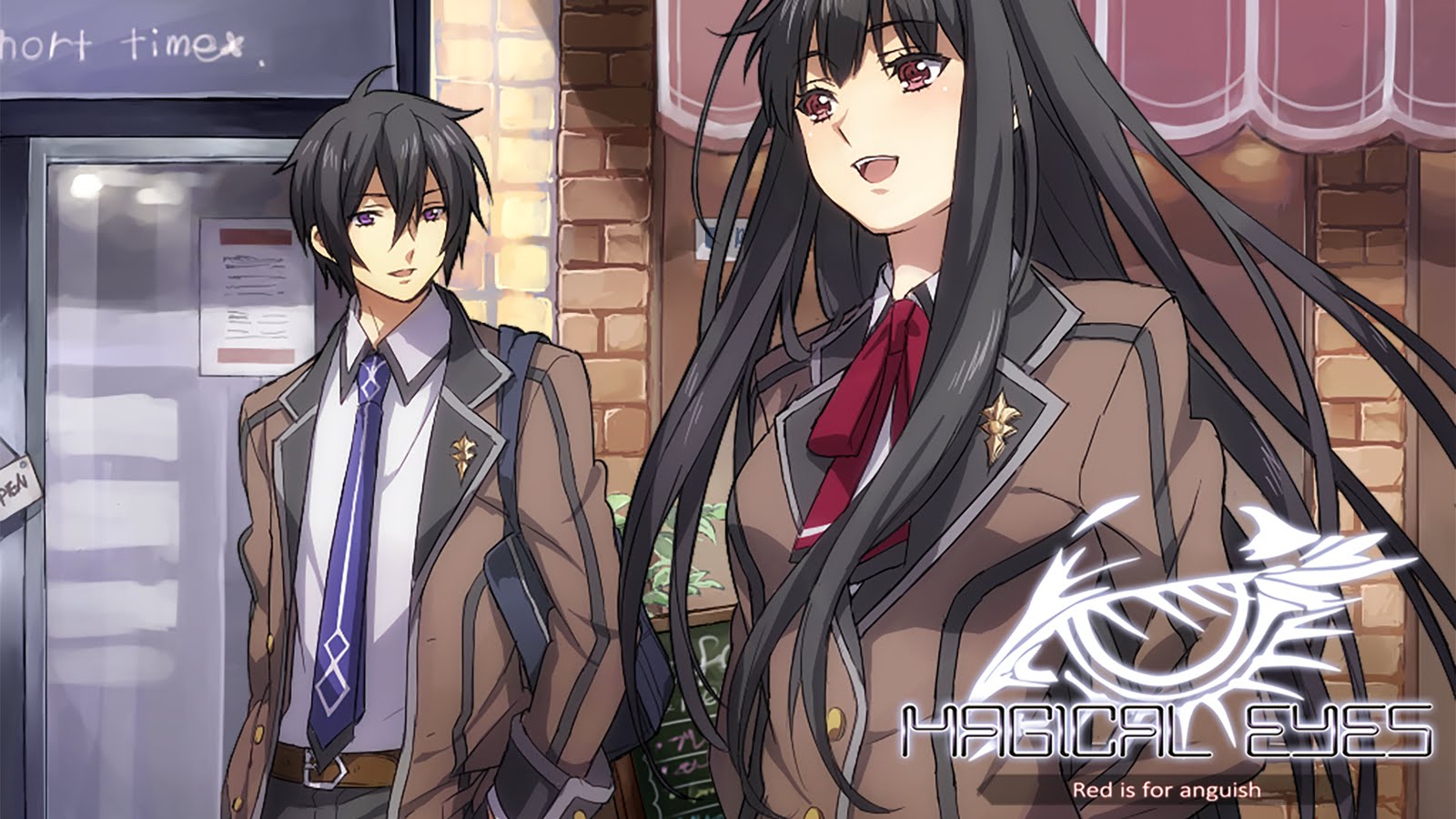 Independent game publisher Fruitbat Factory is proud to announce that POMERA Studios’ mystery visual novel Magical Eyes – Red is for Anguish will be released on Steam on March 30.

Magical Eyes – Red is for Anguish is a thrilling mystery story revolving around a series of unfathomable incidents in a town, brought to life with gorgeous artwork.

Synopsis
In the middle of the night on a certain day of April 201X, the right arm of the owner of a general store is chopped off in the backyard of his own store. Even though he claims that the perpetrator is a ‘doll’ that was kept in the store, his words carry little weight due to the lack of other witnesses.

The doll and the detached arm are gone from the scene of crime.

“Like a light too strong may burn out one’s retinas, so too can supernatural entities be toxic to humans.
Even should they take on the invisible form of one’s emotions.”

•A reasoning system that unlocks bonus content upon successful answers
The Steam release of Magical Eyes – Red is for Anguish will be priced at $14.99. The game will include Steam Trading Cards, Achievements, and Cloud support. The game’s opening and screenshots can be viewed on the Steam page.

“Working on Magical Eyes, we could feel the passion POMERA Studios has poured into the game over the several years it took to create, and we’ve wanted to reciprocate that and meet the fans’ expectations. That’s why we’ve put special effort into fine tuning the visual look of the game, to give it all the polish we can.” s ays Jakke Elonen, Project Lead.

Magical Eyes – Red is for Anguish is available for pre-order with a 10% discount from the official Fruitbat Factory store.