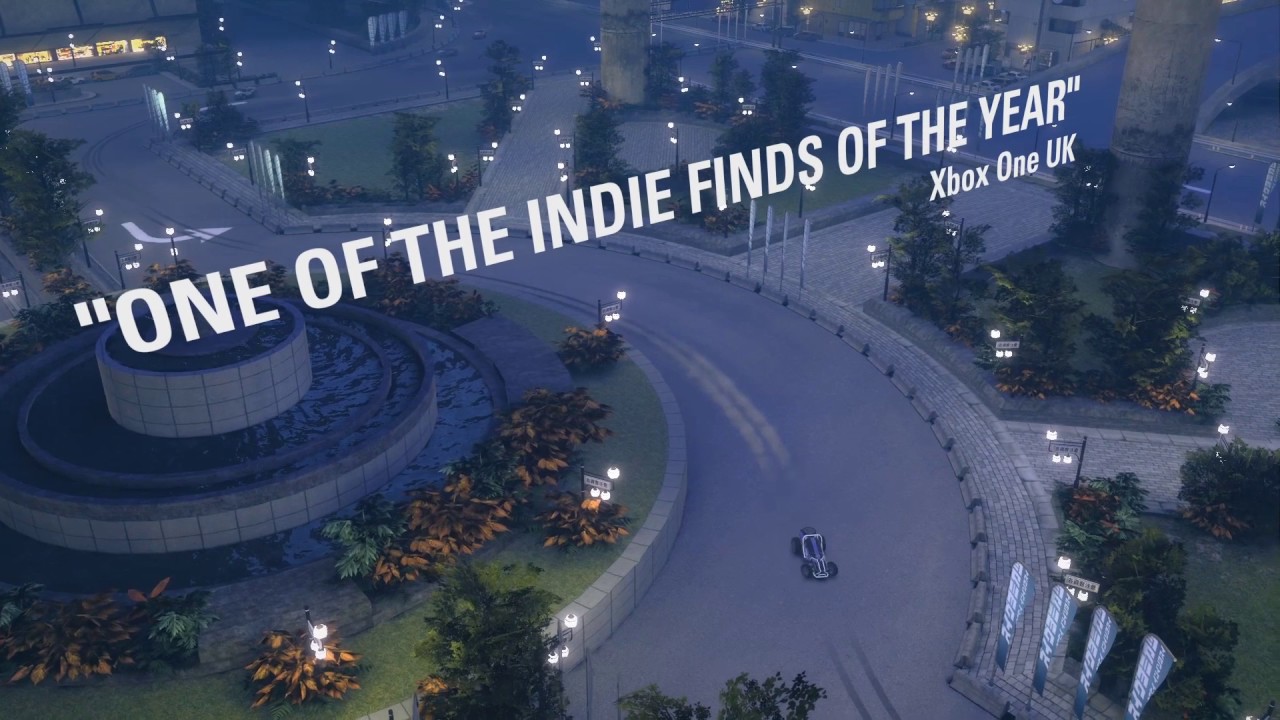 UK based indie developer VooFoo Studios is thrilled to celebrate the release of their TIGA Games Industry Award nominated game, Mantis Burn Racing®, by proudly sharing some of the many positive accolades received since the game raced onto PlayStation®4, Xbox One and Steam® on 12th October.

VooFoo, who are already working on additional game content and updates, would like to say a huge thank you for all the comments and feedback received so far – and things don’t stop there. Players can expect even more highly competitive high-speed racing in the future via a free DLC pack that will bring an additional environment and new tracks to add even more depth to the visually stunning, action-packed racer. More info will be revealed in due course.

Here’s just a brief selection of what people have had to say:

“ONE OF THE INDIE FINDS OF THE YEAR” Xbox One UK

See what all the excitement is about by checking out Mantis Burn Racing’s impressive Features List:

·         Compelling Career Mode – Test every aspect of your driving ability in a comprehensive 7-season career structure.
·         Incredible Vehicles – Choose from a roster of fully customisable vehicles in 3 distinct categories, each with their own unique handling and performance traits.
·         Stunning Visuals – Race across stunning reversible tracks with incredible photo-realistic visuals.
·         Intuitive, exciting gameplay –  Enter a world of realistic, but fun, vehicle handling with intuitive and exciting gameplay where the driving experience takes centre stage.
·         RPG-Style Upgrade System – Unlock both visual and performance upgrades for your vehicles using a RPG-style slot system to customize your vehicles’ suspension, gear-box, engine, tires and boost.
·         Challenging Game Modes – Master 9 fun game modes – including Knockout, Accumulator, Overtake and Time Trial – that keep the extensive solo career fresh and exciting.
·         Weekly Challenges –  Race your way to the top of the global leader boards in unique challenges each week for the ultimate in bragging rights.
·         Intense Multiplayer – 4 player local split-screen racing with extensive online modes for up to 8 players allowing players worldwide to race together seamlessly.
·         Original Soundtrack – Race to an original ambient-electro soundtrack written especially for the game.
·         High Definition Racing –  Full native 4K support on PlayStation Pro at 60fps for crystal-clear high definition racing to truly immerse players in the race.

Mantis Burn Racing® is available now on PlayStation®4, Xbox One and Steam® (for Windows PC).