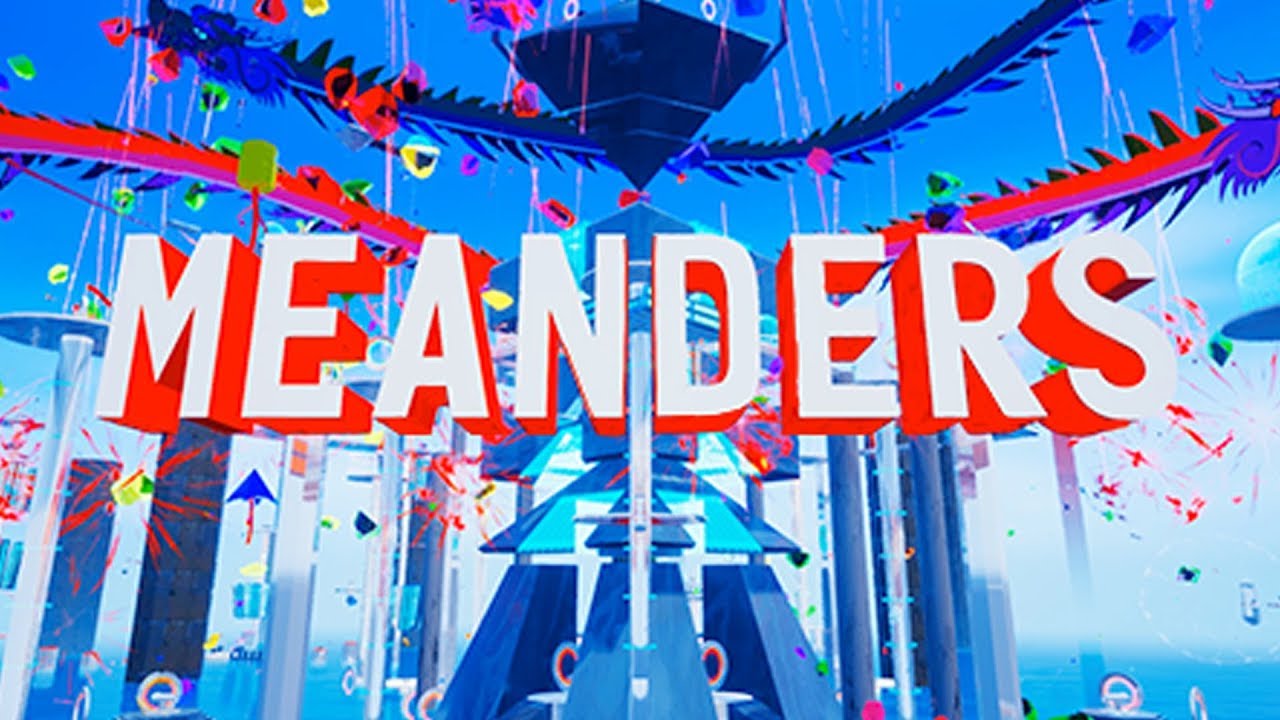 About the game
Inspired by Refunct, MEANDERS is a sparkling adventure through a series of funny and relaxing challenges where to jump, bounce, slide and teleport. Cannons too are a totally safe mean of transportation, apparently!
The game is colorful and cheerful like a theme park on a sunny weekend, while the Original Soundtrack is both funky and soothing, ideal for some relaxed play or a speedrun.

Everything in MEANDERS is customizable, and the game progression is non-linear: players will have to choose between the hilarious “Bouncer Field” and “Canon Fodder” soon enough, with many paths and crossroads also later in the game.

The gameplay experience can also boast high replayability thanks to the new contents unlocked with each “new game plus” cycle and the great variety of game and visual modes available, taking inspiration – just to name a few – from Cyberpunk, No Man’s Sky and even Jojo’s Bizarre Adventures.