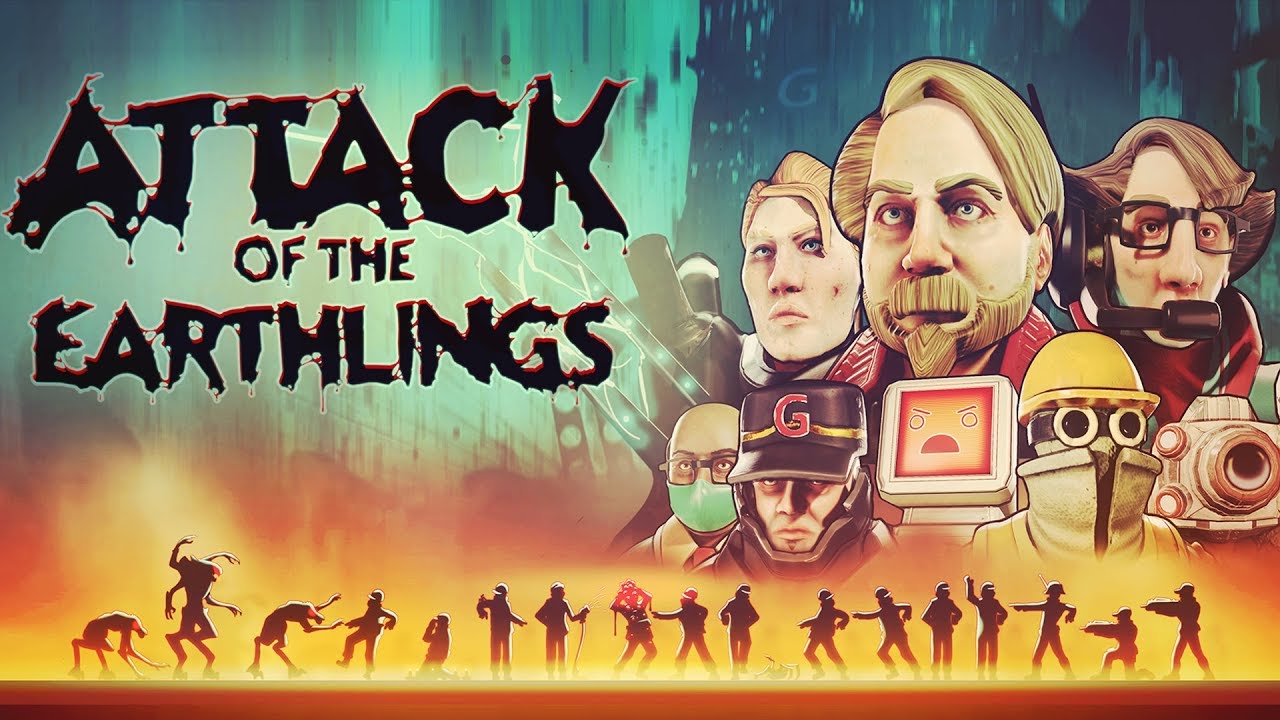 Team Junkfish have describe their aberrant alien adventure as “a breath of fresh air” for the studio – a rather prolific tempest that blew in talent such as voice actor SungWon Cho, and original soundtrack composer Mikolai Stroinski (The Vanishing of Ethan Carter, The Witcher 3: Wild Hunt, Blood & Wine).

Team Junkfish announced that the game will follow on Xbox One, PlayStation 4 and Nintendo Switch in Summer 2018

In Attack of the Earthlings, the humans behind Galactoil – a comically dysfunctional interstellar energy corporation – have travelled light years to Planet X13 and parked a gigantic space-drill to mine for fossil fuel reserves, sip the odd margarita in the sun and hunt big bugs. However, their latest foray into energy exploration has landed them in a bit of a pickle; they’ve unwittingly flattened a native species home and now the surviving “Swarmers” are out for blood.

Combining turn-based combat and stealth in a dark comedic single player campaign influenced by the comic stylings of “The IT Crowd” and “Father Ted”, players take control of the “Swarmers”, a highly aggressive insectoid species, who must convert human flesh into alien muscle, evolve their units and even find the time to gatecrash a birthday party as they put a stop to the Earthlings’ interplanetary assault.

To put a stop to the invasion, your Swarmers must plan attacks carefully, emerging from vents and lockers to take the human prey by surprise, and ambush multiple enemies at once to remain undetected. The more earthlings killed, the more corpses can be consumed and transformed into new units with specialized roles and unique abilities. The flesh of their own workers is the key ingredient to developing a successful alien insurgency against Galactoil.

You must fight your way up Galactoil’s interplanetary drill, through absurd environments and passing quirky characters, with the goal of defeating the ultimate enemy: upper management – including Regional Manager Dennis Dickinham; a man both massively unqualified and massively overpaid.

Voiced by SungWon Cho Dennis Dickinham is a gregarious fellow who finds joy in everything, be it catching a few rounds of golf with the boys or rerouting power from sickbay to the massage chairs in the boardroom, Dickinham’s a delight to be around! A word of warning – it’s a bad idea to utter the phrase “bad idea” in his presence.

Attack of the Earthlings is on Steam